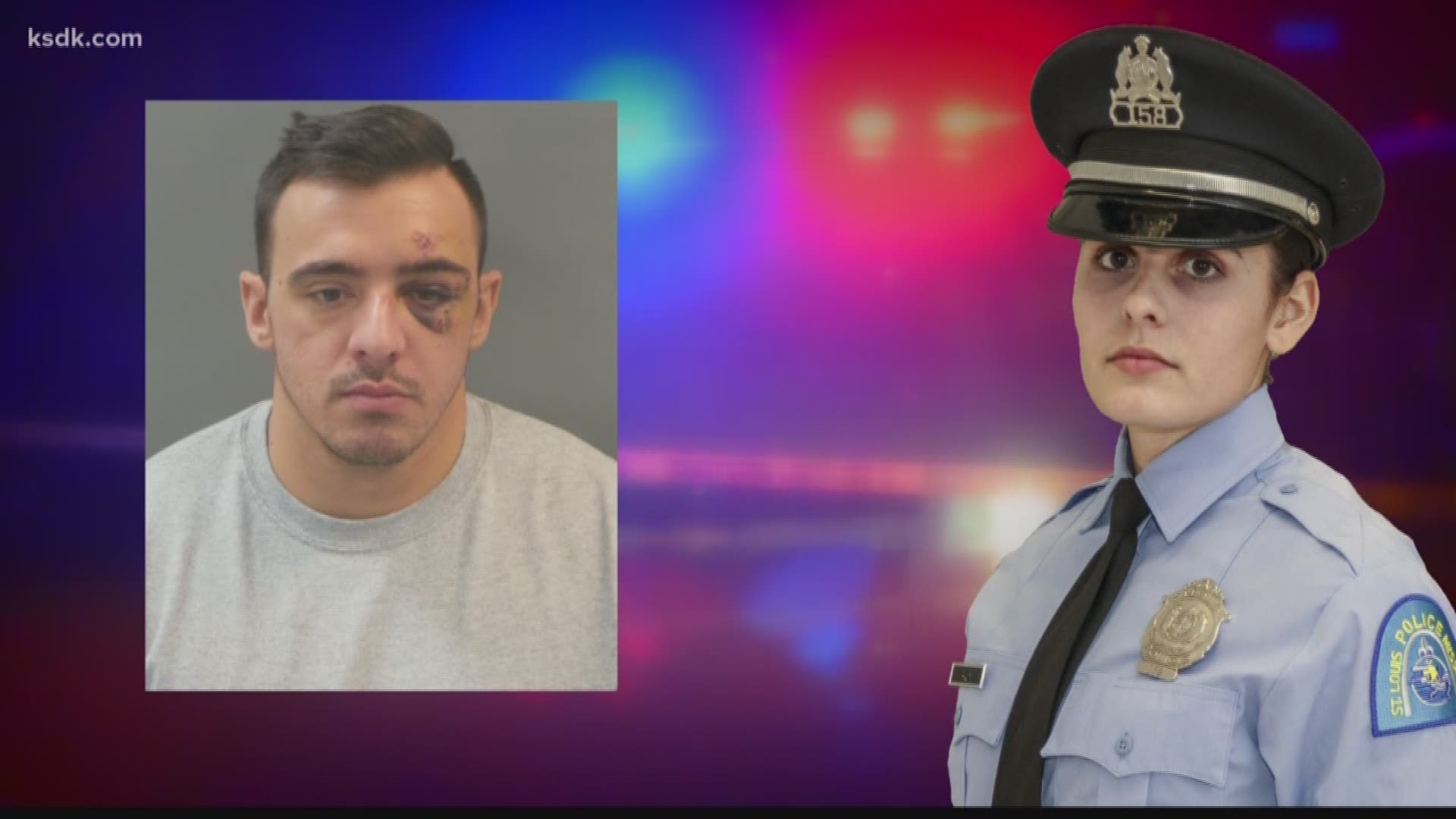 ST. LOUIS — There have been many questions in the community about what three St. Louis Police officers were up to before one died at the hands of another during what prosecutors describe as a Russian Roulette-style game.

But now, 5 On Your Side is able to help fill in some of those blanks, using new information obtained from St. Louis Police through a public records request.

Investigative Reporter Jacob Long was able to get the calls for service logs for the days and hours leading up to the shooting death of Officer Katlyn Alix, 24.

Her friend and co-worker, Officer Nathaniel Hendren, 29, faces manslaughter and armed criminal action charges in connection to the case.

The newly released documents show on Jan. 22, Officers Alix and Hendren were on patrol together during the 11 p.m. to 7 a.m. overnight shift.

They handled six routine calls between 12:30 a.m. and 4:36 a.m. All but two were in their assigned area of the city's second patrol district.

None of the calls resulted in a police report.

According to what was released to 5 On Your Side, this marked Officer Alix's final on-duty shift before her death.

One day later, on Jan. 23, Officer Hendren and Officer Patrick Riordan worked the overnight shift together in the second district.

Only one, a burglary alarm call at 3702 S. Kingshighway Blvd., resulted in a police report.

Officers Hendren and Riordan also worked the overnight shift together in the second district on Jan. 24, the day Officer Alix was killed.

At 11:48 p.m., Officers Hendren and Riordan responded to a burglary alarm call at 6512 Manchester Ave. that turned out to be a false alarm.

According to the documents released to 5 On Your Side, that call was cleared at 12:14 a.m.

Exactly what happened next -- and how -- remains under investigation by law enforcement.

Police sources tell 5 On Your Side the SUV Officers Hendren and Riordan were driving at the time did not have GPS technology, making it more difficult to trace their every move.

But according to police, both men ended up at Officer Hendren's apartment at 750 Dover Place in the Carondelet neighborhood, which is outside their assigned patrol area.

Depending on traffic and which route you take, that's roughly 15 to 20 minutes from the false alarm call near Dogtown.

Officer Alix, who was off-duty at the time of her death, was also present at Officer Hendren's apartment.

Prosecutors wrote in court filings last week that they have probable cause to believe drugs and alcohol were involved in whatever transpired inside the apartment.

A weapon, which sources say was a revolver not issued by St. Louis Police, was recovered at the scene.

Police, who initially classified it as an accidental shooting, later said Officer Hendren mishandled a firearm, which resulted in Officer Alix's death.

According to the police call logs, an officer in need of aid call went out at 12:56 a.m. at Hendren's apartment.

Officer Alix died at SLU Hospital after police said Officers Hendren and Riordan drove her there following the shooting.

Riordan has not been charged criminally, but is on administrative leave.

Hendren is also on leave and is out of jail after posting bail late last week.

RELATED: Attorney of other officer at fatal shooting of Officer Alix said his client had 'a few sips' of beer

Both men were written up by a supervisor in a disciplinary report for drinking on the job the night Alix died.

Riordan's attorney told 5 On Your Side last week that his client blew a .000 when he was tested after the shooting.

It's unclear exactly how soon the officers were drug tested after Alix's death.