St. Louis police chief vows the department will hourly verify the location of each officer following the shooting death of 24-year-old officer

He said he called the press conference to clarify as much as he can surrounding the tragic incident. Officer Katlyn Alix was fatally shot by her co-worker on Jan. 24 in south St. Louis. 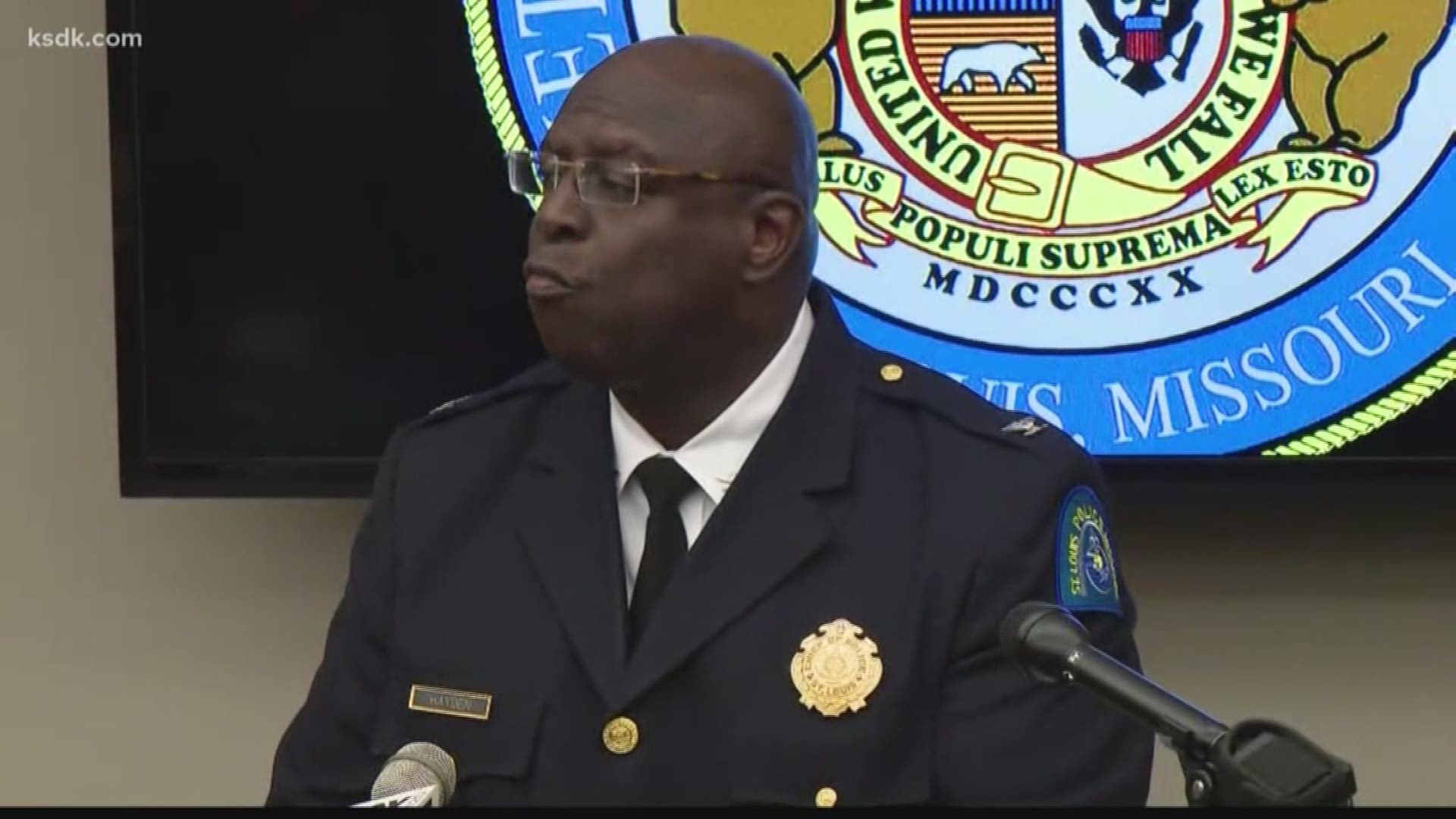 He said he called the press conference to clarify as much as he can surrounding the tragic incident.

“Because I do not in any way want to jeopardize the successful prosecution of this case I will be very cautious about the information I provide,” Hayden said.

Many of you on social media have asked us to get answers from the department about the incident. We heard from Hayden the night of the shooting, 2:30 a.m. on Jan 24.

“What I knew at the time of the press briefing [on Jan. 24] is that there were multiple weapons at the scene and at least one had been handled in a careless and unsafe manner,” Hayden said. “I later learned that the circumstances around the shooting were much more reckless and dangerous that I had originally understood.”

“At no time was the sharing of my earlier understanding of the circumstances which resulted in of officer Alix’s death meant to imply that any conclusions had been drawn from the infancy stages of this investigation,” Hayden said.

He said he chose to not engage with the media over the week because he didn’t want to be a distraction to the family during this period of grief.

On Jan. 29, 5 On Your Side obtained a letter from St. Louis Circuit Attorney Kim Gardner to the St. Louis Metropolitan Police Department and Judge Jimmie Edwards regarding multiple concerns about how the department handled the initial investigation.

During his Thursday afternoon press conference, he called the letter ‘unwarranted, certainly untimely and absolutely irresponsible.’

“Let it be crystal clear that the accusation lodged by the circuit attorney to say the least was both offensive and insulting to the force investigative unit and myself,” Hayden said.

An hour after the press conference, Circuit Attorney Kim Gardner said she stands by the contents of her letter and by the concerns she has regarding the actions of the police department in this incident.

A spokesperson for Kim Gardner said, ‘The Circuit Attorney’s position is that this criminal investigation should take precedence over the internal administrative investigation. In this instance, internal policies were used to circumvent our efforts to obtain the evidence we requested.’

“It is time to focus our efforts on working together to seek the truth of this matter, so we can get justice for Katlyn Alix and the community,” said Gardner.

Prior to the press conference, 5 On Your Side asked our viewers to submit questions for Chief Hayden. Ken Baker asked, ‘Since you have current technology to locate officers, then why did you have two of them outside the area they work? Is it something the Officers can disable or are you not looking at that?’

Drew Wilcoxen had a similar question, ‘Why were the on-duty officers out of their district? How did their supervisor not know their location?’

The first issue address in the press conference was how the department will track the movement of officers going forward.

“Effective immediately commanders and supervisors will personally attend roll call stressing to our officers the importance of patrolling according to district priorities and beat integrity,” Hayden said. “Supervisors and all watch commanders will hourly verify the location of each officer working the shift using the radio system and available GPS technology.”

Hayden said the current technology used by officers is a GPS system in laptops and most of the laptops are 10 years old.

“A current IT project has been underway to replace all old laptops – 40 of them have been replaced,” Hayden.

He said the police foundation will help if the department needs any more funds for the project.

Hayden did not provide an answer to if the officers involved had their laptops with them at the time of the incident.

5 On Your Side viewer Moenisha Jones wanted to know, ‘Where is the other police officer and why hasn’t he been charged with something?’

When Hayden was asked about the other officer involved he said he was not going to discuss the fate of that officer.

Officer Alix’s family spoke for the first time since their daughter’s death on Wednesday afternoon and said they’re still searching for answers into the investigation.

READ MORE: ‘This world lost a lot, when we lost Katie we lost a lot.’ | Family of Officer Katlyn Alix speaks first time since her death

Hayden said he consoled Alix’s mother and husband and provided support – however, he did not discuss details of the investigation with them.

Jan. 29 | 5 On Your Side obtains letter from St. Louis Circuit Attorney Kim Gardner

Jan. 30 | Funeral held for St. Louis police officer, family speaks to 5 On Your Side for the first time since their daughter’s death