City leaders are hoping to launch the Cure Violence program in one of the three locations by April 1.

ST. LOUIS — The City of St. Louis took a step toward launching the Cure Violence program, with a proposed start date in April.

The contract still needs to go to the three-person Board of Estimate and Apportionment for final approval. That board is made up of Mayor Lyda Krewson, Comptroller Darlene Green and Board of Alderman President Lewis Reed.

This contract is for the location in the area of the Wells-Goodfellow and Hamilton Heights neighborhoods. Contracts for the other locations, which are located in the Walnut Park and Dutchtown neighborhoods, are expected to go through a similar process in March.

"Cure Violence stops the spread of violence by using the methods and strategies associated with disease control – detecting and interrupting conflicts, identifying and treating the highest risk individuals, and changing social norms – resulting reductions in violence of up to 70%," the Cure Violence website said.

In November of 2018, 5 On Your Side traveled to New Orleans and saw first hand how the now former murder capital of the country reduced violent crime in its most dangerous neighborhood by nearly half. 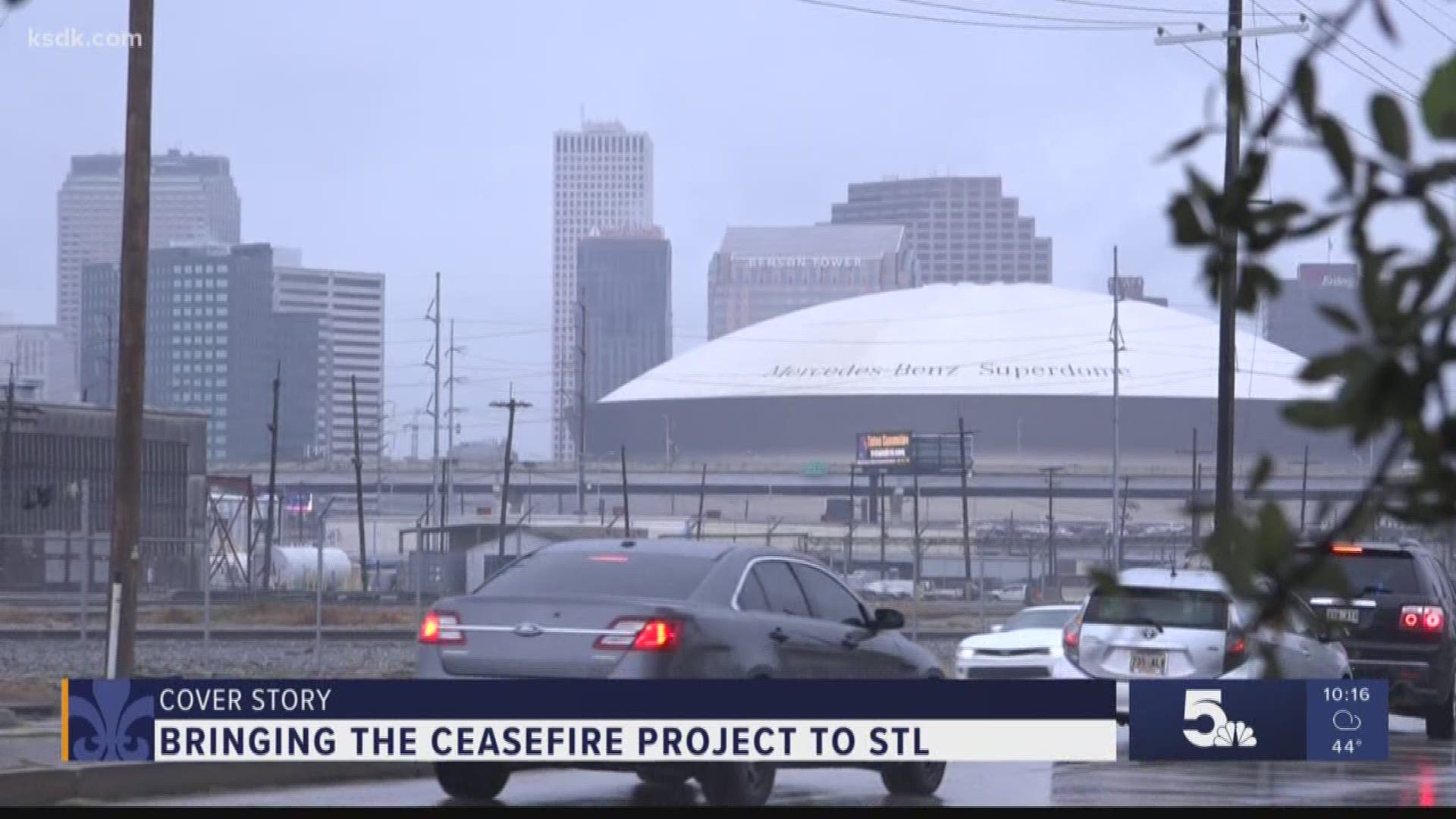 Under their "Ceasefire" project which is like "Cure Violence",  New Orleans attacks violent crime like a public health crisis bringing together several agencies to work as one — violent offenders face stiffer, federal sentences and former offenders embed in the community to deescalate fights before they turn violent. And departments that used to be separate, work together toward one goal: stop shootings and killings.

RELATED: Cure Violence plan: When will it start in St. Louis?

RELATED: Cure Violence is one step closer to coming to St. Louis