'This is the worst I've seen it' | Parts of Metro East see a mix of rain, floods and snow

"You can't even go out your house and do nothing because water is everywhere," Ramerion Wade said, looking at the flooding outside

Ramerion Wade has been living in his Alorton home for three years.

"You can't even go out your house and do nothing because water is everywhere," he said, looking at the flooding outside.

Heavy rain quickly swamped creeks and drains. One of those overflowing drains was outside Wade's home.

"The water is coming out of the sewer like it's not going down and going where it's supposed to," Wade said. "It's like clogged up or stuck somewhere."

In Centreville, roads were underwater.

And front yards just like this one in Cahokia were also damp.

Keith McDonald has been living in Cahokia for 20 years. "It's been raining so much now. I have never seen this much of a flood out here," he said.

But with a shift to snow, many just like Wade are worried that all of these high waters could turn icy. The wet snowflakes Saturday evening are just showing the amount of moisture all around.

"They're like miniature snowballs. They're really big flakes," McDonald said. "I haven't seen them this big!"

He can't can't believe the change in weather before his eyes.

"It's really crazy because when it does this. It kind of scares me because you don't know what's going to happen next or what Mother Nature can decide to throw at you after this," McDonald said.

But he says he won't let mother nature rain on his parade,

"We just learn to deal with it and keep moving." 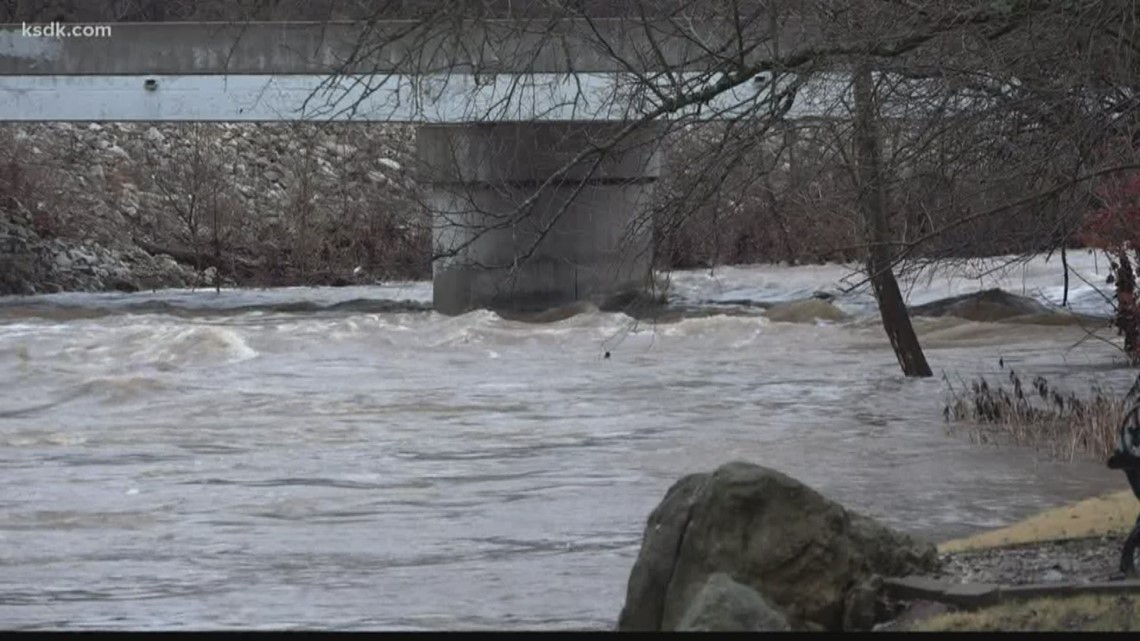 De Soto officials knocked on doors to warn residents as rising creek caused flood scare
DE SOTO, Mo. - It was a close call for some De Soto residents who live near the Joachim Creek. They were told to prepare to evacuate Saturday as heavy rains overnight caused Joachim Creek to rise. "The creek started rising, I'd say about a half-foot every 15 or 20 minutes," said De Soto City Manager Todd Melkus.