'They didn't deserve to die' | Vigil held for men who died in St. Louis County Jail this year

The candlelight vigil meant to bring awareness to how they died in hopes of helping someone else. 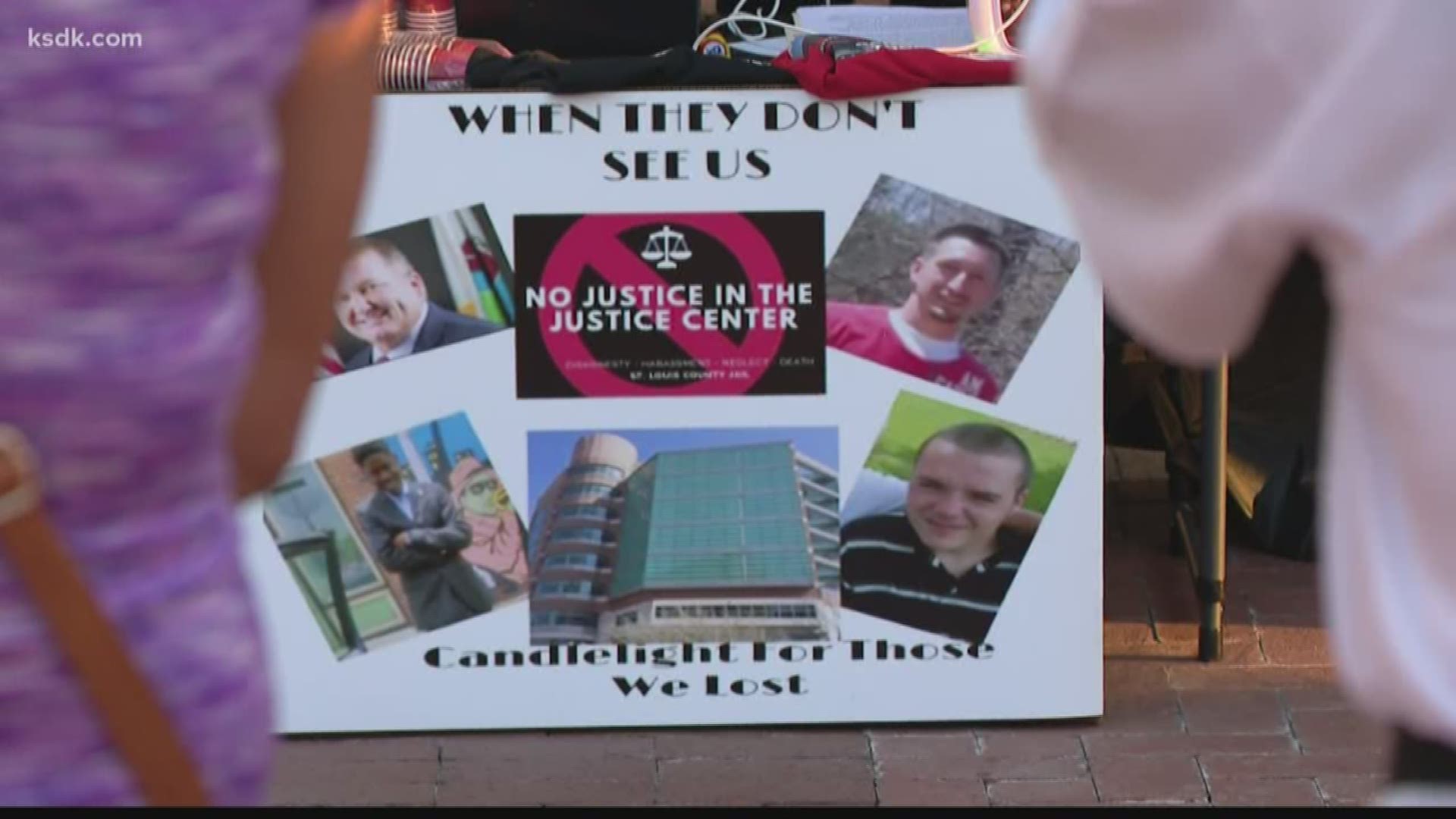 ST. LOUIS — On Saturday, about a dozen people gathered to remember four men who died in St. Louis County jail this year. The candlelight vigil was meant to bring awareness to how they died, in hopes that it won't happen to anyone else.

"They coming out worst then they was when they went in. And some of them, as we see, not coming out at all," said Esther Noldon, a community activist.

It's a candlelight vigil dedicated to men whose families feel they were ignored while behind bars at the St. Louis County jail.

"These four men lost their lives. They didn't have to," Troupe said. "They all had treatable illnesses. All they had to do was get medical care that they asked for and they would be with their families today."

Her own son, Lamar Catchings, is one of those four. He died alone in his cell of a type of leukemia most people survive.

He wasn't diagnosed until his autopsy.

"He made some mistakes, which is probably what landed him here. But he didn't deserve to die."

The others are Larry Jay Reavis, Daniel Stout and John Shy.

Shy, only 29, bled to death from an intestinal hemorrhage in February.

"Everybody in here has to go to court," said Troupe. "They have not been proven guilty yet.... They [the jail] are not judge, jury and executioner."

Noldon has leukemia also and knows first hand that surviving it is possible.

"It is treatable. Right now my blood count level is normal, so what Lamar was dealing with, it could've been treatable."

St. Louis County prosecuting attorney Welsey Bell has already stated that his office will not file criminal charges in response to the deaths of Catchings and Shy.

But that's not stopping Troupe from rallying for justice.

"I want to change our prison system, period. Not just in St. Louis County, but everywhere."

In the filing, prosecutors argue Stenger hired his political friends and their family members to keep his power, and he specifically mentioned confusion in staffing at the jail as part of his plan.

“That’s one of the greatest powers I have," Stenger was quoted as saying in the documents. "That I have 52 people who I hire and nobody knows where they’re coming from. For instance, there are 2 slots over at the jail. Nobody knows if Julia Childrey [Director of Department of Justice Services] put those people there, or I did. It’s good f---ed up. We like it f---ed up. I care about my politics."

Stenger pleaded guilty in May to three federal charges. He’s scheduled to be sentenced next Friday.

RELATED: No charges in deaths of 2 St. Louis County inmates