ST. LOUIS — For the first time since the 1960s, Missouri's 1st Congressional District will be represented by someone outside of the Clay family.

“The message is that everybody gets to be represented," she told 5 On Your Side in the moments after her upset Tuesday night. "I want to sit down with all of these different groups that make up our community and see what the need is and work through that. It’s not about me, it’s about all of us. And that’s how this will go for the next two years."

A tweet she shared Tuesday night echoed that message.

Bush is an activist, nurse and lifelong St. Louisan who came onto the political scene in the wake of the deadly police shooting of Michael Brown in Ferguson in 2014. According to her campaign website, her progressive platform includes support for criminal justice and prison reform, medicare for all and the Green New Deal.

“They counted us out,” she said. “They called me — I'm just the protester, I'm just the activist with no name, no title and no real money. That's all they said that I was. But St. Louis showed up today.”

She was endorsed by Bernie Sanders and gained the support of Justice Democrats, a national progressive group that has thrown support behind Sanders' presidential campaign and the campaigns of congresswomen Alexandria Ocasio-Cortez, Ilhan Omar and Rashida Talib. The group also supported Jamaal Bowman, who defeated 16-term incumbent Representative Eliot Engel in New York earlier this year.

Congratulations to @CoriBush on her primary victory tonight! She is a true progressive who stands with working people and will take on the corporate elite of this country when she gets to Congress. pic.twitter.com/Q3hJGasjXe

Clay has held the seat for Missouri's 1st Congressional District for nearly 20 years and sits on the House Committee on Financial Services and the House Committee on Oversight and Reform. The office has been held by a member of the Clay family since Lacy Clay's father and St. Louis civil rights icon Bill Clay was sworn in back in 1969.

After his father announced his retirement in 2001, Lacy Clay emerged from a crowded Democratic primary and handily won the general election in 2001. Entering Tuesday night, he had handily won re-election every election since.

Tuesday night's primary was a rematch from 2018 when Clay beat Bush by about 20% in a four-person race.

Bush is all but certain to win the general election in November. She will face Anthony Rogers who won the Republican primary for Missouri's 1st District Tuesday night. 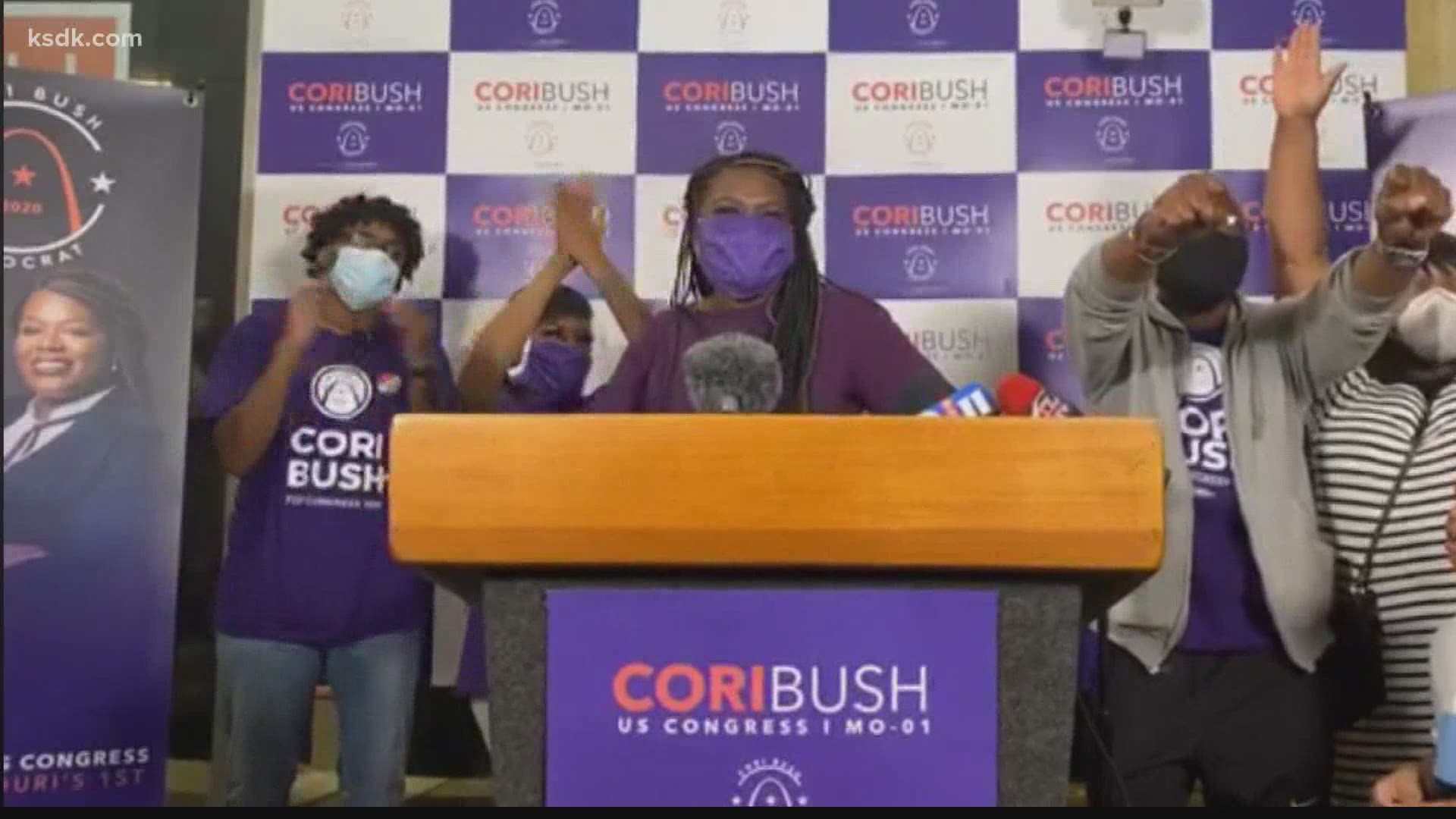