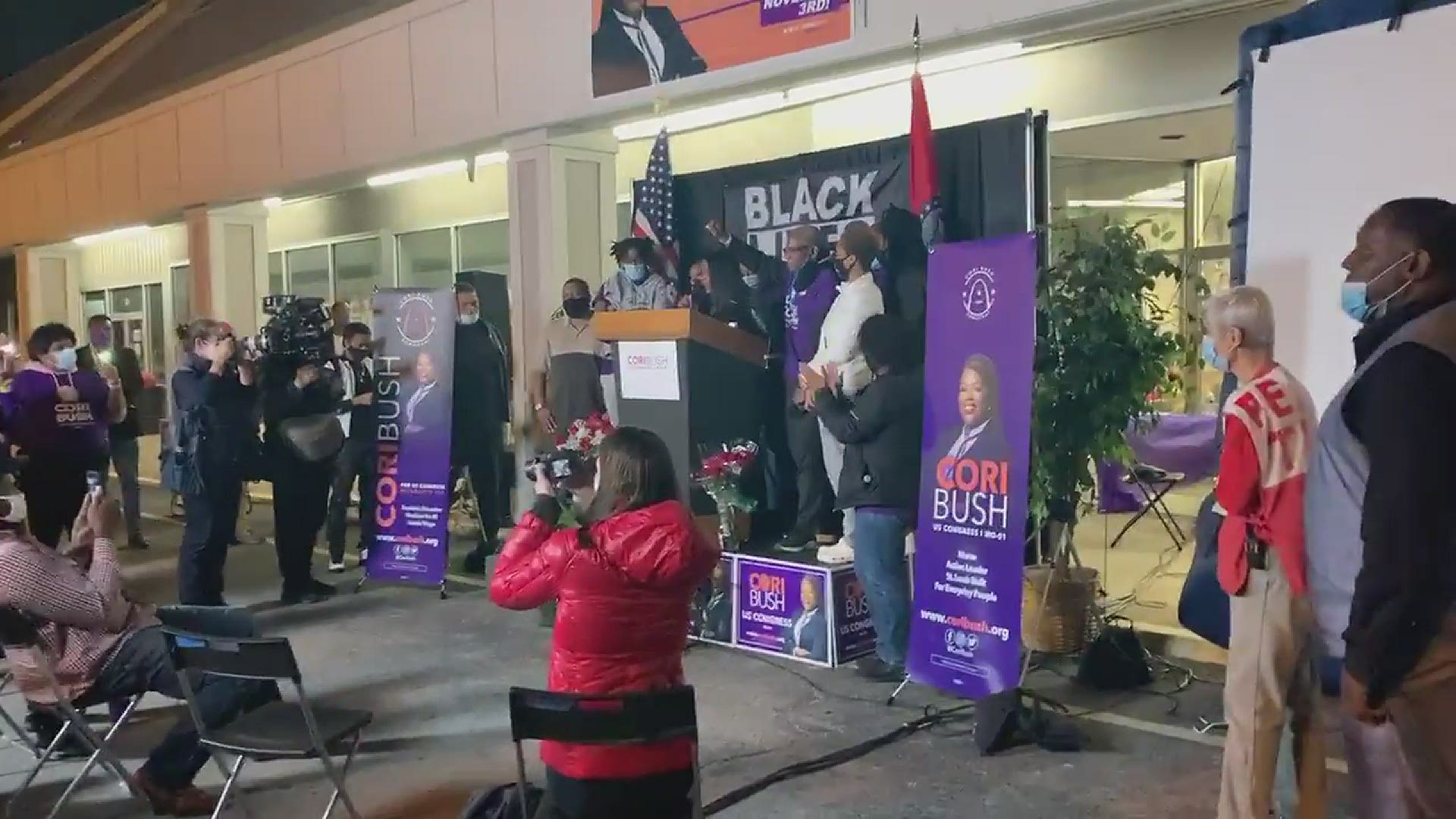 "This is definitely a night to remember," Bush said moments after winning.

“As the first Black woman and also the first nurse and single mother to have the honor to represent Missouri in the United States Congress, let me say this: to the Black women, the Black girls, the nurses, the essential workers the single mothers… This is our moment,” Bush said.

Bush made history in August and advanced to the general election after defeating longtime incumbent Rep. Lacy Clay and Katherine Bruckner in the Democratic party primary.

She's an activist, nurse, pastor and lifelong St. Louisan who came onto the political scene after Michael Brown was shot to death by police in Ferguson in 2014. Bush attended Harris-Stowe State University and Lutheran School of Nursing.

In August, Bush said if she was elected her first priority on Capitol Hill would be to address financial relief programs related to the coronavirus.

“First of all, COVID relief, $2,000 a month for each and every person 16 and up to get us through another year,” she said in August.

Cori is going to Congress. With more than 80% of the vote Cori Bush becomes the first black woman to represent a part of Missouri in Congress. @ksdknews pic.twitter.com/DBn47LppHR

RELATED: Presidential Election 2020: Live results from across the US