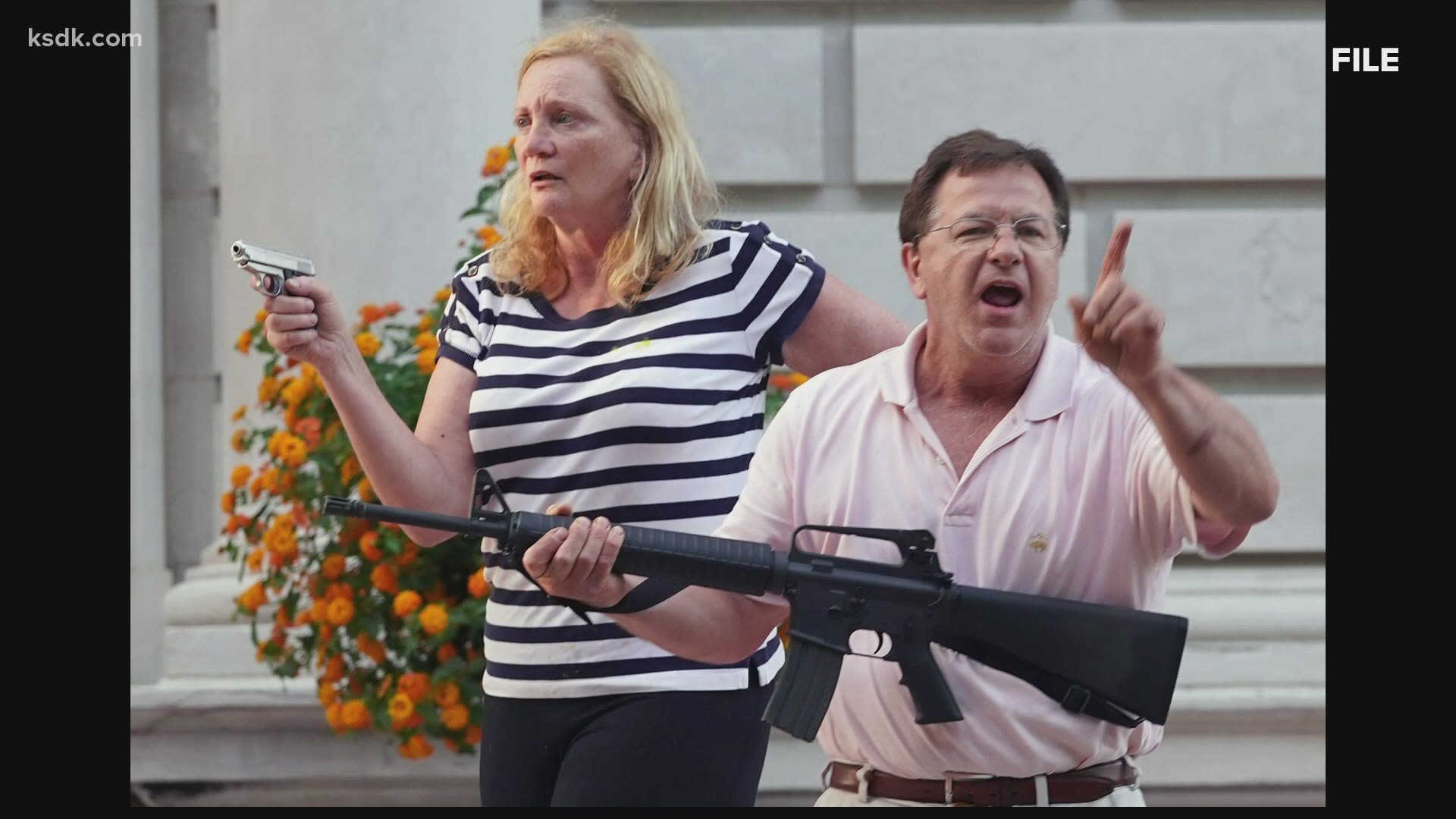 ST. LOUIS — The Central West End lawyer who rose to prominence after photos and videos showed him pointing a gun at protesters last summer joined the U.S. Senate race Tuesday.

McCloskey announced his candidacy in a YouTube video posted to a newly published campaign website. In a tweet, he also teased an announcement with Fox News host Tucker Carlson tonight.

On June 28, 2020, Mark and Patricia McCloskey were seen in videos and photos pointing guns at protesters who were marching to the home of then-St. Louis Mayor Lyda Krewson's house to call for her resignation.

The McCloskeys were charged with unlawful use of a weapon/flourishing after they confronted protesters with a rifle and a gun.

Since then, they have received support from conservative politicians.

"Enough is enough. As Missouri's chief law enforcement officer, I simply will not stand by while Missouri's law is being ignored," he said in a video statement.

Schmitt was referencing the Castle Doctrine, which in Missouri, allows people to defend not only their homes but their property.

The McCloskeys emerged as celebrities in conservative circles. They spoke on video during last summer's Republican National Convention.

McCloskey joins former Governor Eric Greitens and Schmitt in the Republican primary race for the seat.

According to the Associated Press, Blunt's March 8 decision not to run for another term opened the floodgates for ambitious Republicans interested in succeeding him. But the GOP field is narrowing. Early favorite Secretary of State Jay Ashcroft bowed out, as did  Lt. Gov. Mike Kehoe.

#BREAKING Mark McCloskey, who achieved fame after he and his wife pointed guns at protesters outside their St. Louis home last summer, is expected to officially announce tonight that he's running for the U.S. Senate currently occupied by Sen. Roy Blunt.

His campaign website, https://t.co/tKbfU6rl15, just launched and is viewable on some devices. A YouTube video that appeared on the site, presumably announcing his candidacy, is now private.