Sen. Roy Blunt on decision to not seek reelection

"There is still a lot to do, and I look forward to every day this year and next year as I continue to work for you in the Senate" 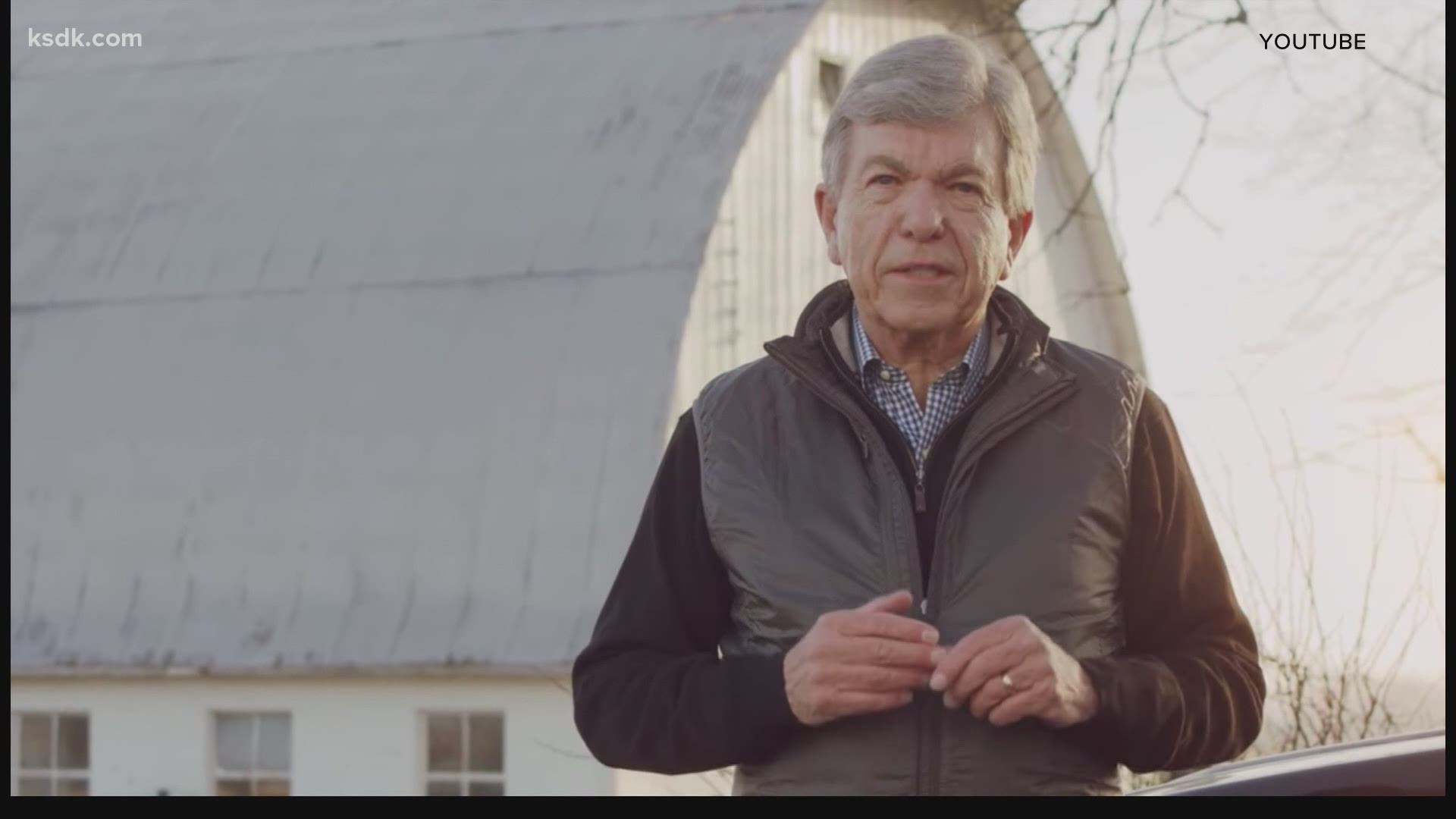 WASHINGTON — U.S. Senator Roy Blunt announced Monday morning he will not be running for reelection in 2022.

Blunt, 71, has served in the Senate since 2011 and previously served as a congressman and Missouri secretary of state.

Blunt went on to thank Missourians, those who voted for him and those who didn't, for giving him the opportunity to "work for you and a better future for our state and country."

“There is still a lot to do, and I look forward to every day this year and next year as I continue to work for you in the Senate. Another lesson I learned here: FINISH STRONG, and I intend to. Thanks for giving me the chance to work for you," he said.

Blunt took questions from reporters from his home area of Springfield, Missouri, Monday afternoon. The senator said he's grateful for the time he's been able to serve the state and believes he'll be replaced by another Republican.

"Think it'll be a good year for Republicans and a great year for the Senate seat," he said of 2022, adding that he's "confident a Republican nominee will be elected."

Watch Sen. Blunt's full announcement in the video below:

With Blunt's announcement, there are questions about who will run to be Missouri's next U.S. Senator. Jason Kander, one of Blunt's previous challengers, already has said to count him out.

"Regarding the Senate in ‘22: Always nice to be asked. Thanks. My decision not to run was never about who I’d run against. I’m the President of @VCP_HQ and we’re building campuses for vets around the USA. Love this work, don’t want a new job. I’ll campaign for the Dem nominee!" Kander tweeted Monday morning.

Kander is president of the Veterans Community Project, which helps vets "live with dignity and safety."

In 2016, Kander ran against Blunt and lost by about 78,000 votes in Missouri. In that same election, Donald Trump had about 520,000 more votes than Hillary Clinton in the state.

After the news of Blunt’s retirement, former U.S. Senator Claire McCaskill said “to all that are asking” she will never run for office again.

“Nope. Not gonna happen. Never. I am so happy I feel guilty sometimes. #RoyBluntRetiring,” she tweeted.

To all that are asking: thank you to the many who have said kind things. But I will never run for office again. Nope. Not gonna happen. Never. I am so happy I feel guilty sometimes. #RoyBluntRetiring