5 On Your Side Countdown: The 15 best St. Louis basketball players of all time

We ranked them. You debate them. Who's the greatest St. Louis basketball player off all time? 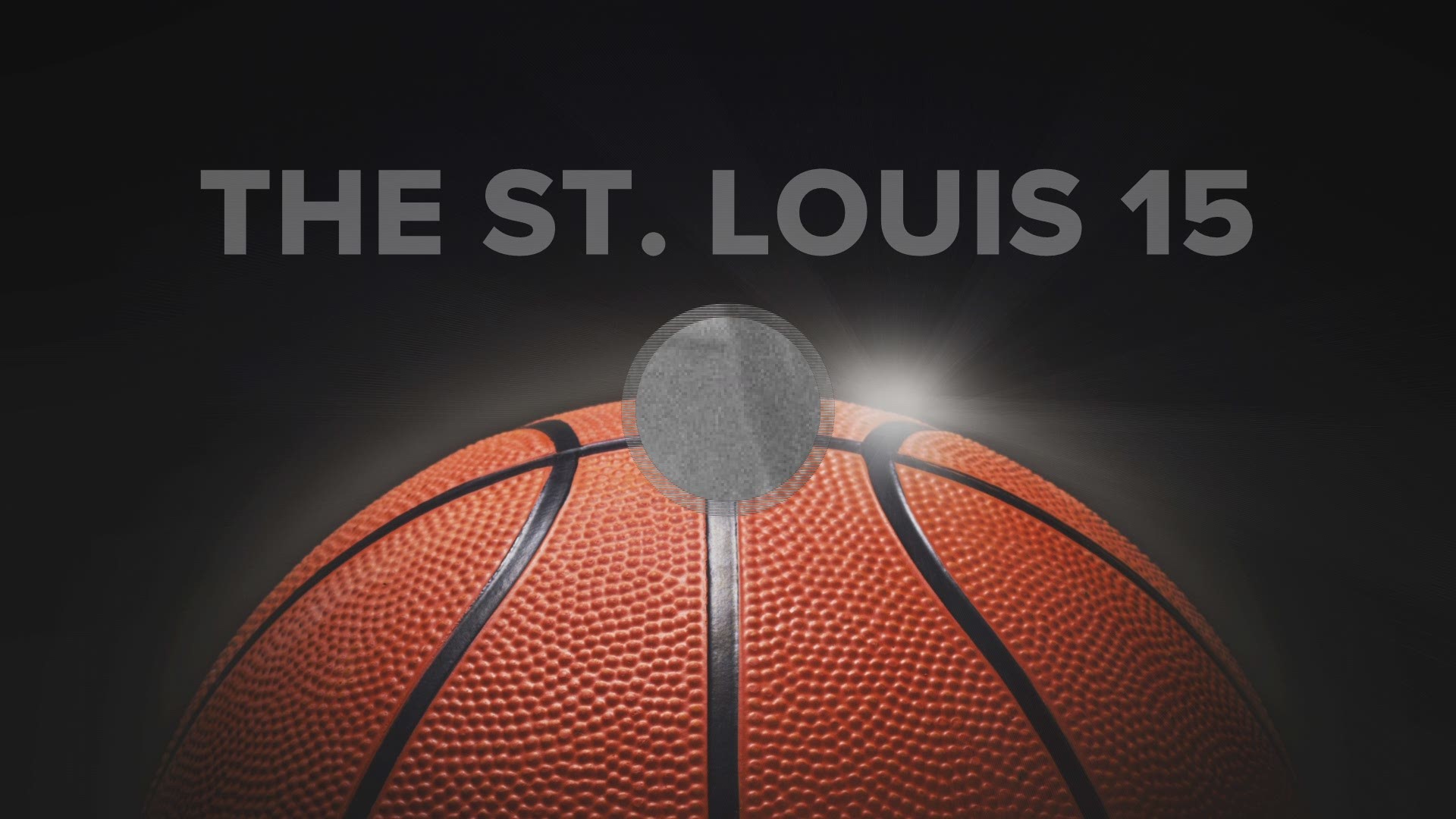 Last week, we tackled the Blues all-time top 10. This week, it gets even more interesting. We're counting down the top 15 St. Louis area basketball players of all time. (Because it was just too hard to cut it down to 10)

From Collinsville and Roxana, to St. Charles West and Crystal City, we didn't leave anyone out.

Bone was stellar with the Kahoks and then went on to star at UMSL with one of the most impressive college careers by a St. Louis product.

A three-time All-American, Bone averaged 30 points a game his senior season. And 2,678 career points was the most ever scored at the collegiate level by a St. Louis area native.

One of the few McDonald's All-Americans from the St. Louis area. Dominant in high school.

The most decorated female basketball player in St. Louis history.

Went straight from East St. Louis to the NBA when the Clippers took him with the No. 3 overall pick.

He made the all-rookie team in his first season.

Won a state championship with the Wolverines and went on to have the best career of any SLU Billiken.

Career leader in points and rebounds with SLU. Had a 16-year professional career.

Younger folks might have never heard of "The Horse", but they should have.

He made seven NBA All-Star games and is a member of the Naismith Basketball Hall of Fame.

Credit: AP
FILE- This Oct. 17, 1951, file photo, New York Knickerbockers' Harry Gallatin posing for a photo at the 69th Armory in New York. Gallatin, a member of the National Basketball Hall of Fame, passed away at the age of 88, Southern Illinois University at Edwardsville announced, Wednesday, Oct. 7, 2015. (AP Photo/File)

Led Lincoln to back-to-back state titles and became an All-American.

He also had a nice 11-year NBA career.

The best true big man to ever come out of St. Louis.

"Stipo" was one of the best players in the history of the University of Missouri and the highest draft pick ever for a St. Louis kid.

Stipanovich had a nice five-year career before injuries ended it.

Maybe the most exciting St. Louis high school player ever.

Hughes led the Cadets to a state title and then led SLU to the NCAA Tournament.

In the NBA, Hughes had a long, 14-year pro career where he averaged in the 20s twice.

Lee is the first Chaminade star on the list.

A McDonald's All-American, a first round draft pick, a two-time All-Star and an NBA championship with the Golden State Warriors.

A Final Four at Princeton, two titles with the Knicks, a member of the Naismith Basketball Hall of Fame, a Rhodes Scholar and United States Senator.

Credit: AP
William "Bill" Bradley, basketball player for Princeton University, is the first player chosed as the winner of the James E. Sullivan Award presentd by the Amateur Athletic Union to the most outstanding amateur athelete, Mar. 1, 1965. (AP Photo)

Before it's all said and done, expect to see Tatum at the top of this list.

The best shooter to ever come out of St. Louis.

Beal is the first area player to average 30 points in an NBA season. Beal did it this year, with the rest of the NBA regular season likely being lost to the coronavirus.

Credit: AP
Washington Wizards guard Bradley Beal (3) reacts after a basket during the second half of an NBA basketball game against the Milwaukee Bucks, Monday, Feb. 24, 2020, in Washington. (AP Photo/Nick Wass)

He led SLU to the NIT championship and was the college player of the year.

He was the MVP of the first NBA All-Star Game and helped the Hawks win a title in 1958.

There will only be one "Easy Ed".

Credit: ASSOCIATED PRESS
Ed Macauley, new player-manager of the St. Louis Hawks is as active on the bench as he is on the court. Here he is directing his 1957-58 champions against the Philadelphia Warriors in Madison Square Garden in New York, Nov. 25, 1958. Hawks lost 106-105 but retained western division lead. (AP Photo/Tom Fitzsimmons)

A two-time All-American at Kansas, an Olympic gold medal, two world titles with the Celtics, a Finals MVP and seven All-Star games, White has the accolades.

RELATED: Goldschmidt family holds their own opening day from home

RELATED: Cardinals' season on The Show: Yadi walks it off on opening day against Orioles

RELATED: 'I promised him I would do it' | Cardinals fan keeps 63-year opening day streak alive in memory of late husband

RELATED: 'We just don’t know' | Cardinals’ Mozeliak talks about when, if season will start

RELATED: An ode to opening day in St. Louis, while we wait for baseball to come back into our lives