Three All-Stars from the same high school in the same year? Not too shabby. Chaminade continues to churn out professional stars. 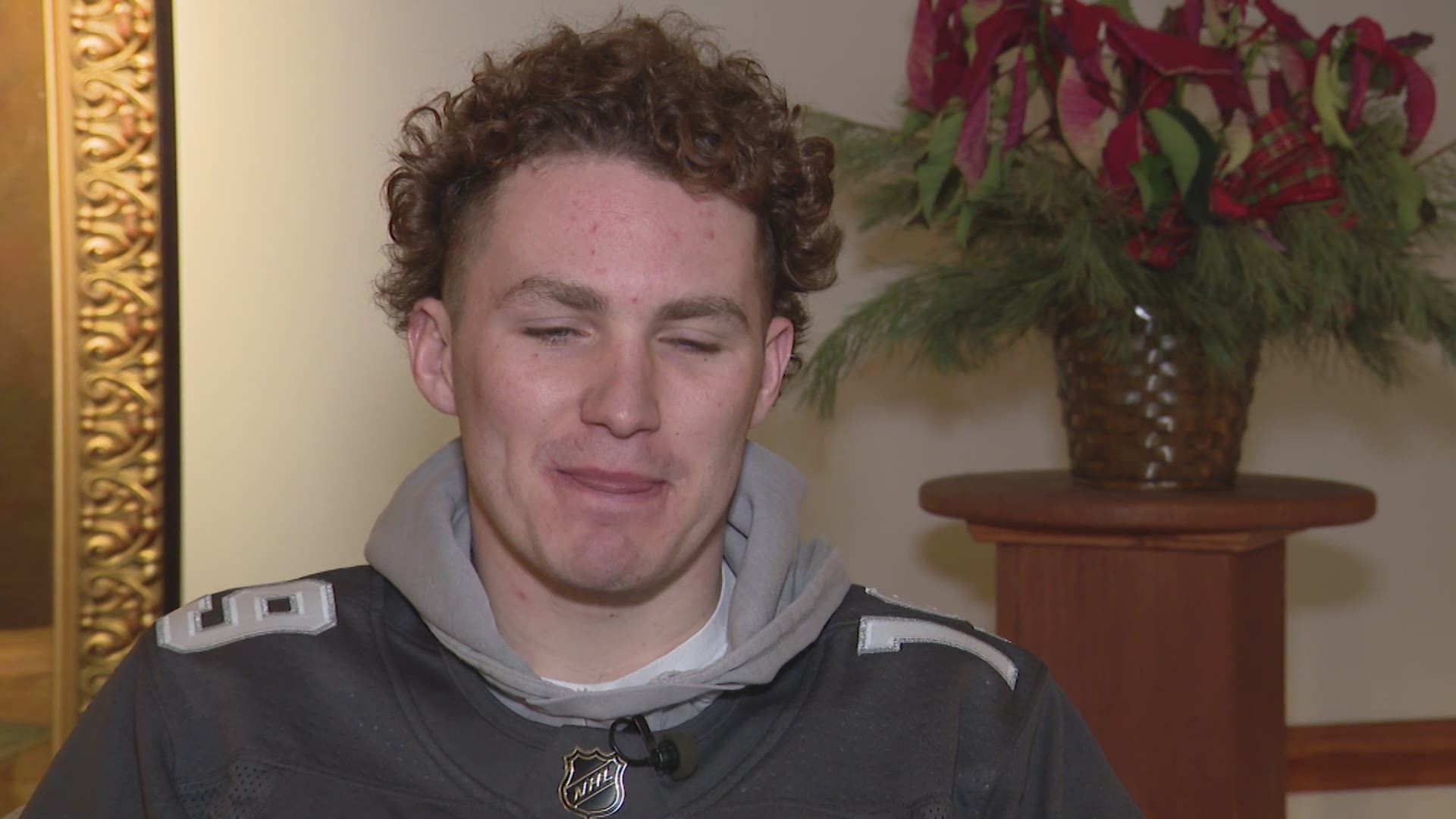 ST. LOUIS — St. Louis is no stranger to producing stars. In just about every professional league, you can find St. Louis natives making their city proud.

When a lot of these stars got the standard St. Louis "Where did you go to high school" question, the answer usually varied. However, the biggest star-making high school in town can boast something I doubt any other high school in the country can this year, or maybe any year.

Chaminade has been a star-maker for a while now. David Lee and Bradley Beal in the NBA and Ben Bishop and Paul Stastny in the NHL can attest to that.

But there's a new crop of Red Devil talent rising to the top. Matthew and Brady Tkachuk and Jayson Tatum have become bona fide stars in their respective leagues.

Matthew is only 22 years old and has already captured the attention of the hockey world for more than one reason. Matthew can score ridiculous highlight-reel goals, but at the same time, he's not afraid to mix it up on the physical side.

Oh yeah, he also knows how to play to a hometown crowd pretty well.

His brother Brady is no slouch in the offensive department, either. The 20-year-old had 22 goals in his rookie season last year, and is well on his way to topping that this season.

The entire Tkachuk family had a pretty surreal All-Star weekend at home in St. Louis, and they were one of the highlights of the entire event.

On the hardwood, Tatum is taking over the league. I don't think that's too much of an exaggeration. Tatum is averaging 22.4 points a game to lead the Celtics, and is second on the team in rebounding. His first All-Star Game on Sunday in Chicago will certainly not be his last.

The even crazier thing is, Chaminade probably should have had five All-Stars this year.

Beal was the biggest snub on the 2020 NBA All-Star rosters by a mile. He is currently fifth in the entire league in scoring, averaging 29.1 points per game for the Wizards.

Dallas Stars goalie Bishop is in the top ten in the league in goals against average and save percentage, and could have easily been taken instead of Jordan Binnington or Connor Hellebuyck for the Central Division squad.

RELATED: Ben Bishop made his hometown of St. Louis proud in series vs. Blues

RELATED: Ben Bishop set to face off against hometown Blues in second round

Chaminade has certainly earned its status as the St. Louis "star-maker".