After another exciting Arch Madness in St. Louis, it's Loyola who claims another MVC title and looks towards recapturing March magic

ST. LOUIS — Cameron Krutwig and Braden Norris scored 20 points apiece to lead No. 20 Loyola Chicago to a 75-65 win over Drake in the Missouri Valley Conference championship game Sunday for a spot in the NCAA Tournament.

Keith Clemons added 13 points for Loyola, which has won six in a row and 17 of its last 18.

Tremell Murphy and D.J. Wilkins scored 20 points each for Drake (25-4, 15-3), a bubble team. The Bulldogs were appearing in the MVC title game for the first time since they won the tournament in 2008. D.J. Wilkins added 14 points.

Krutwig, the MVC Player of the Year, had eight rebounds. He sent Loyola Chicago on a 7-0 run with a hook shot from the lane that broke a 24-all tie.

Clemons hit a 3-pointer midway through the second half to push the lead to a 53-37.

Both teams recorded 10-0 runs in the first half.

Drake won its first 18 games of the season. It was playing without regulars Roman Penn and Shanquan Hemphill, who suffered leg injuries in February.

Doug Elgin, MVC commissioner for the past 33 years, will step down in June. Elgin moved the tournament to St. Louis in 1991 and is given credit for coining the term Arch Madness. He is the longest-tenured commissioner in the 114-year history of the league.

The MVC is the only league in the nation that was able to complete every regular-season conference game. All 10 teams played 18 games each.

Loyola Chicago: Heading to the NCAA Tournament for the seventh time and first since 2018 team reached final four.

Drake: Hoping for NCAA at-large berth but will need help. Likely headed to the NIT. The Ramblers have won 69 games over the last three seasons, tying for the most in a three-game stretch in program history.

Chicago Loyola: Will be making its second NCAA Tournament appearance in the last 31 years. 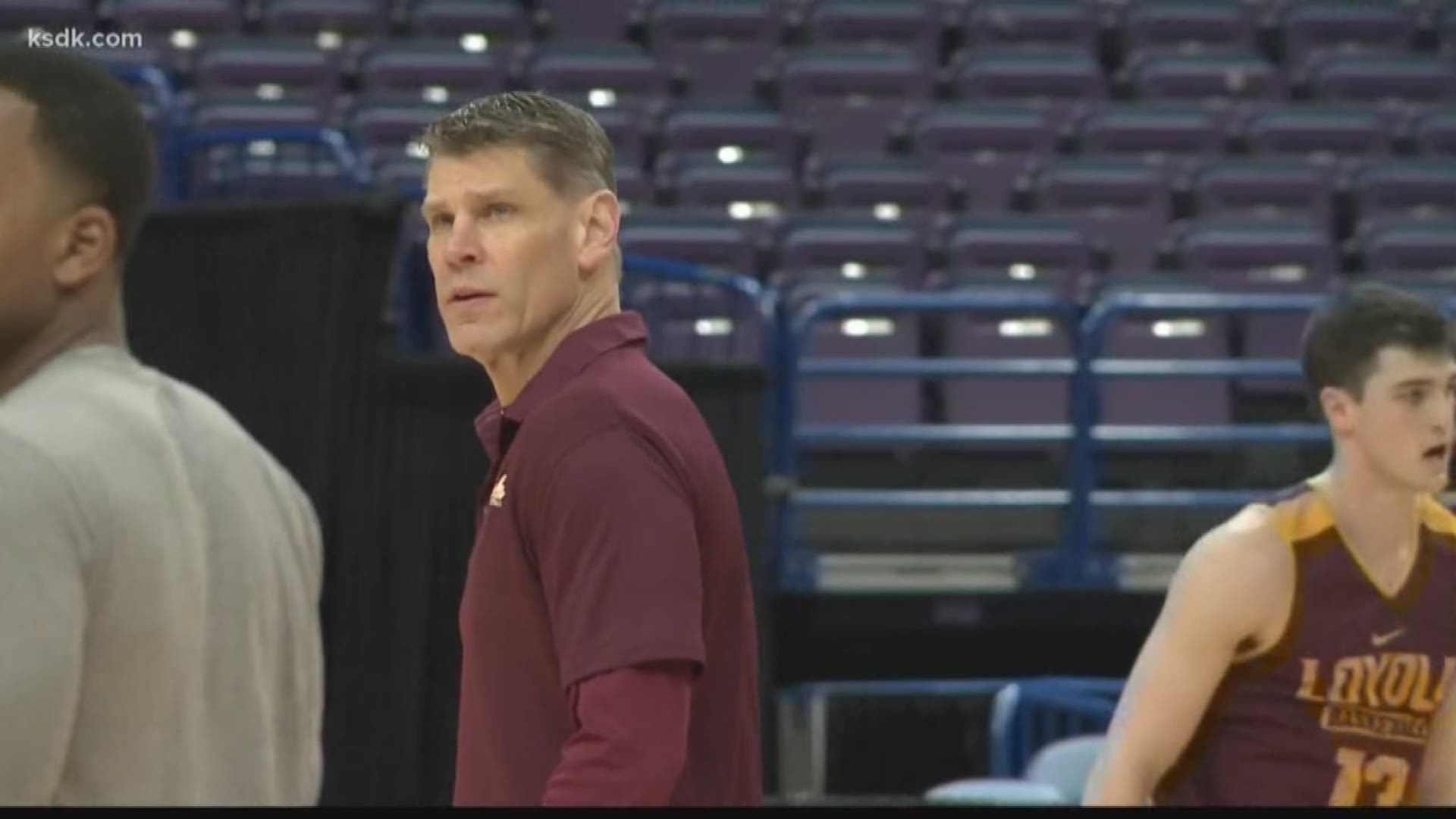