Eli Drinkwitz has been on a recruiting hot streak and has Mizzou fans buzzing. But he has even bigger plans for his program 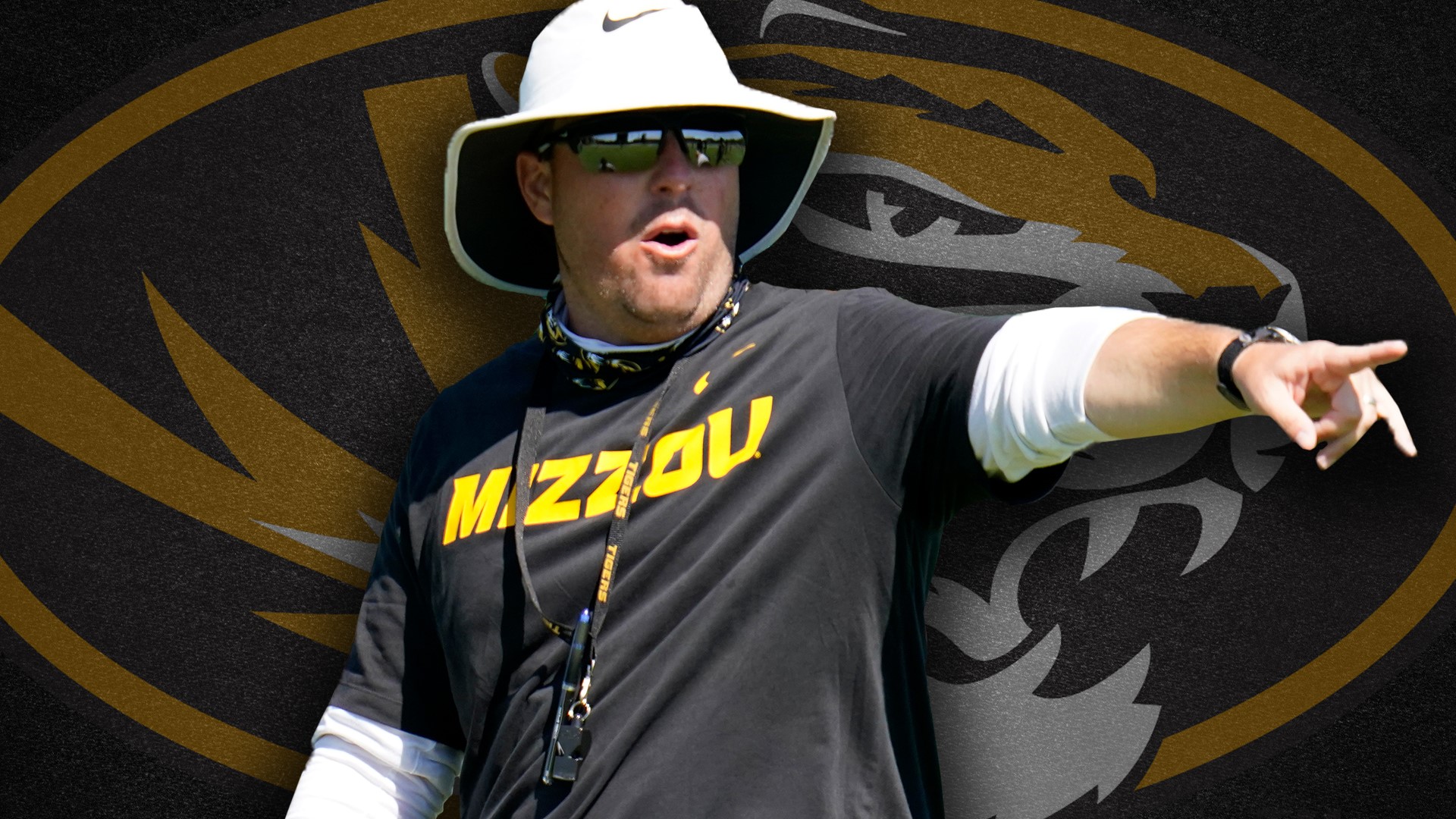 COLUMBIA, Mo. — There are no football games to be won in June, but that hasn't stopped Mizzou fans from getting on the Eli Drinkwitz hype train.

Coach Drinkwitz hopped on 5 On Your Side sports director Frank Cusumano's radio show on 590 The Fan KFNS on Wednesday to talk about recruiting, fan excitement and the name, image and likeness bill currently sitting on Governor Mike Parson's desk.

Drinkwitz has proved impressive as a salesman for Mizzou so far in recruiting, getting big-name high schoolers to commit to his program and key transfers to make Columbia their new home.

One unique option in his recruiting toolbelt is his home's proximity to the campus. If he lives within a mile of campus, he's allowed to have recruits over as part of an unofficial visit. He recently employed this strategy for a visit from 5-star East St. Louis receiver Luther Burden Jr., who is currently committed to Oklahoma.

"You don't try to break rules, you try to use them to your favor. You've got to know the ins and outs," Drinkwitz said. "The NCAA changed the rules regarding unofficial visits about four years ago, so anything within a mile from campus you have the ability to take recruits there to eat, visit or come over to your house. As part of the parameters in our housing search we tried to see what we could find within a mile of campus, and were fortunate to find a tremendous home that my wife enjoys and is perfect for our girls, but it also so happens that it ain't so bad for recruiting either."

And what if his wife had found a dream house more than a mile from campus?

"I'd have said she probably needs to find another dream husband, because we get paid to recruit," Drinkwitz joked.

As far as the name, image and likeness bill that would allow college players in Missouri to get paid in some capacity, Drinkwitz knows it's the wave of the future.

"Where does Missouri want to be? Do we want to be first or do we want to be last? Right now we have a tremendous bill on Governor (Parson's) desk that puts us to have the ability to have the best name, image and likeness law in the country," Drinkwitz said. "I understand that there might be some trepidation and reservation about it, but times are a-changing. And you've got to embrace the times or get left behind. I encourage Governor Parson and the rest of our state leadership to get behind what's going to happen."

The Tigers don't play another game until Sept. 4, but Drinkwitz has the Mizzou fan base energized by the recent recruiting surge. However, the coach is also counting on those energized fans to help him sell Mizzou as the place to be.

"It needs to be 70,000 people there (in the stadium). Regardless if you're excited about everything we're doing, we owe it to this state to put a great product on the field," Drinkwitz said. "And our staff is working extremely hard and our players are working extremely hard. And as excited as everyone is about how we're recruiting, I need the fans to be in the stands for recruiting, too. Nothing's gonna get somebody to want to flip from another school better than seeing how passionate our fan base is. When we sign the Blaine Gabberts, the Dorial Green-Beckhams and the Markus Goldens, that's when Mizzou was selling out Faurot Field every week. We've got to get back to that. Because when we do that in-state recruiting is like shooting fish in a barrel. So that's what I need out of the fans to help us achieve what we want to achieve."