From SLUH to SLU, Nick Kramer is picking the Billikens 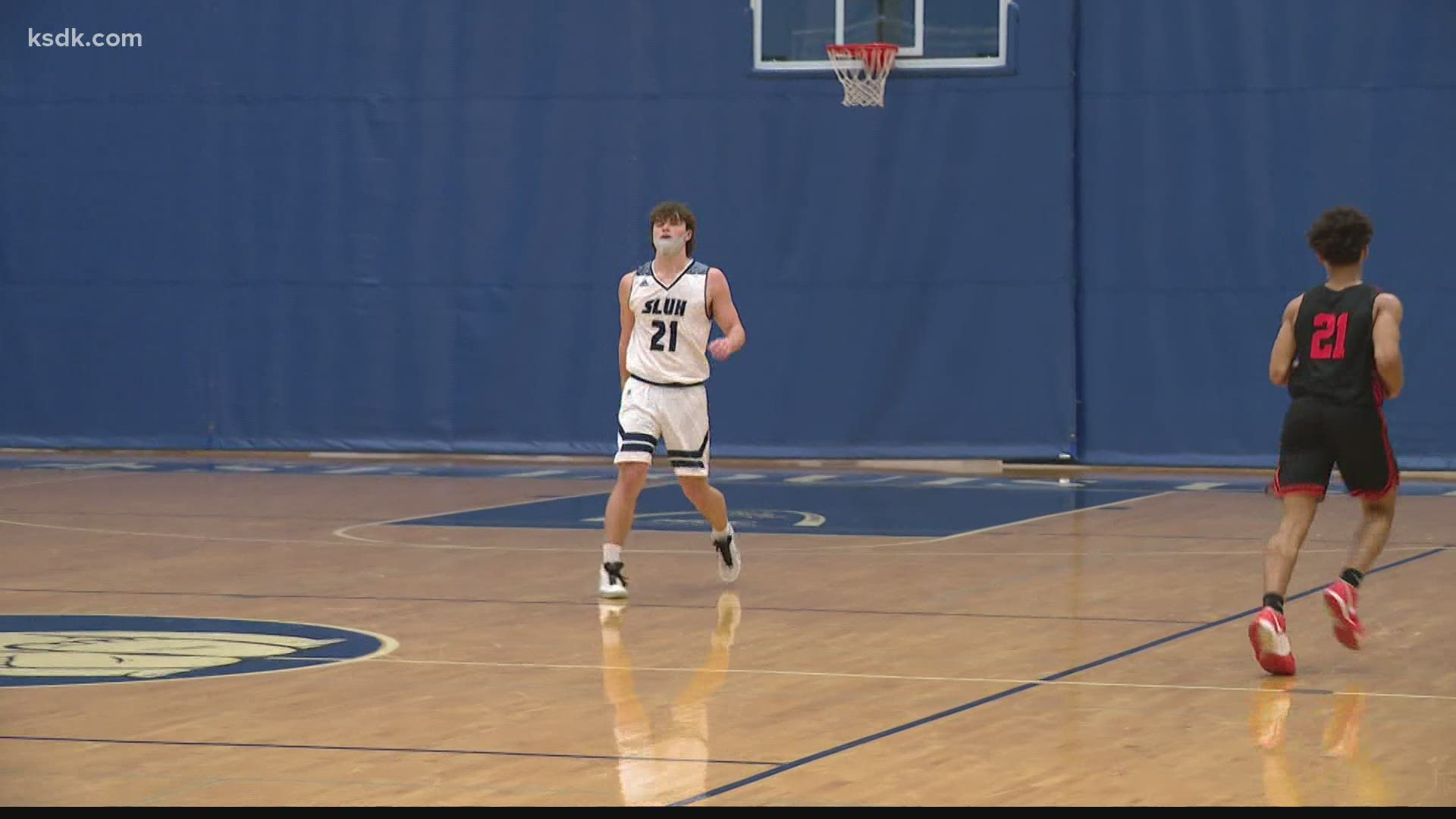 ST. LOUIS — Saint Louis University is getting another of the city's top high school products to join the ranks of the Billiken basketball program.

According to 24/7 Recruiting, the 6-foot, 4-inch shooting guard also had offers from Alabama A&M, the University of Alabama at Birmingham and Southeast Missouri State University. Kramer can be a sharpshooter, and gives SLU another option from deep.

"So obviously SLU is a great academic institution and a top 25 basketball program with great facilities, but what I really enjoyed was the culture that Coach (Travis) Ford and the coaching staff have created over there. It's about family, hard work and player development," Kramer said. "Their culture matches me as a player and what Coach (Erwin) Claggett has been teaching me for the past four years at SLUH."

For the St. Louis kid, it just seemed like the perfect fit.

"Right after my SLU visit I just looked at my dad and I knew that this was the place for me. I just had a gut feeling," Kramer said. "The coaching staff, players and everyone welcomed me with open arms. They really wanted me, and I wanted to go where I was wanted and it's always been a dream to play at Saint Louis University."

Kramer comes from a family of stellar athletes. His dad, Jack, was a top 100 basketball recruit out of Quincy, Ill., and played collegiately at Michigan and UAB. His brother, John, will begin his freshman year on the Ole Miss baseball team in the fall. His aunt, Nicole, swam in the 1976 Olympics finishing fifth in the 800 meter freestyle.