They're heading to the tourney! 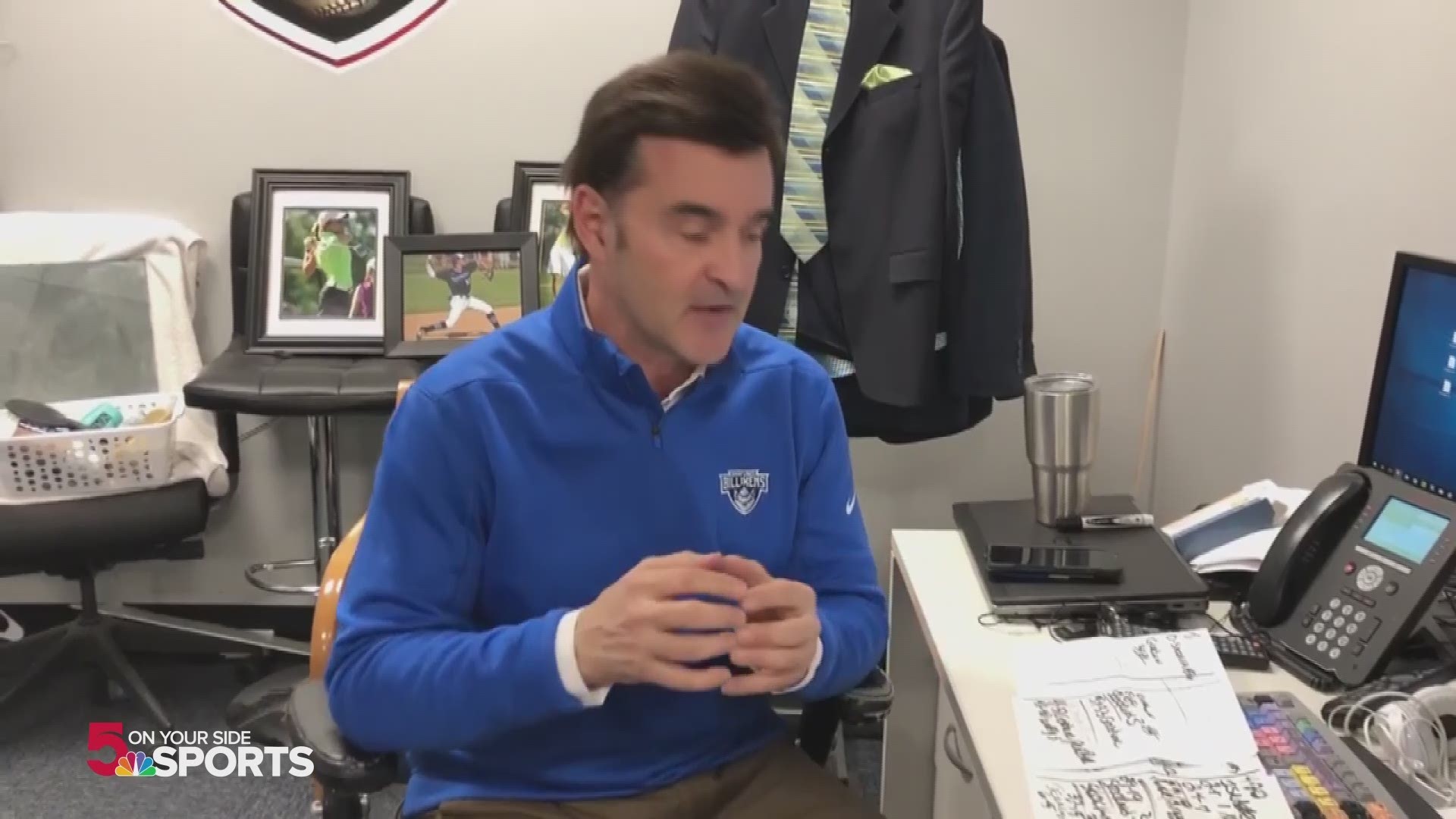 NEW YORK — The Saint Louis University Billikens will be a 13 seed in the NCAA Tournament after an improbable run through the Atlantic 10 conference championship. They will take on Virginia Tech on Friday in San Jose, California.

The Billikens were one of the first teams to find out where they would play during the selection show. They earned a 13 seed in the east region of NCAA Tournament. Other teams in the east region include No. 1 overall seed Duke, A-10 regular-season champion VCU and the Bradley Braves, who punched their ticket at the Enterprise Center with a Missouri Valley tournament championship.

RELATED: Get set for March Madness with printable brackets

SLU rallied from a 15-point first-half deficit earlier in the day to lock down St. Bonaventure in the second half for a 55-53 victory Sunday in the Atlantic 10 championship and an NCAA Tournament bid.

The sixth-seeded Billikens (23-12) won four games in four days to earn their first A-10 Tournament title since 2013 and get back in the NCAAs for the first time since 2014.

Bonnies guard Nelson Kaputo, who played only the last minute, had a 3 from the corner for the win in the final seconds after a scramble, but it bounced off the back of the rim and the Billikens cleared the rebound as time expired.

Jordan Goodwin had 16 points and 14 rebounds for Saint Louis and Tramaine Isabell made a key 3, starting a 12-0 run that put the Billikens in the lead to stay. Isabell was named the tournament's most outstanding player.

Courtney Stockard led the fourth-seeded Bonnies (18-16) with 22 points but fouled out in the final minute.

The Billikens were picked to win the A-10 but lost four straight in late January and muddled through the rest of the conference schedule. Saint Louis needed an 11-point comeback to get out of the first round Thursday at Barclays Center against Richmond and then beat Dayton and Davidson to reach the final.

St. Bonaventure controlled the first half, holding the Billikens without a field for the first 9:19. Saint Louis managed to cut the lead to nine at the half but shot only 28 percent.

In the second half, the Bonnies went cold, going 6:09 without scoring, and that allowed Saint Louis to chip away.

Hasahn French made a reverse layup for the Billikens at 6:56 to give Saint Louis its first lead, 47-46, since the first basket of the game. Moments later, Dion Wiley swished a 3 from the left corner and Saint Louis was up 52-46. French converted in transition to finish the spurt.

The small contingent of Saint Louis fans — no A-10 campus is farther from Brooklyn — was doing its best to drown out the noise from a partisan crowd of St. Bonaventure fans from western New York.

Stockard hit a 3 from the corner with 56 second left to cut Saint Louis' lead to 55-53. The Bonnies tried to get the ball into star freshman Kyle Lofton's hands on the last possession, but it was poked away. The best Lofton could do after recovering was find Kaputo in the corner. The senior missed his only shot of the game.

Saint Louis: For third-year Saint Louis coach Travis Ford, it is his first NCAA appearance with the school and seventh overall. Ford took Oklahoma State to the NCAA Tournament five times in eight seasons before being fired in 2016.

St. Bonaventure: The Bonnies were trying to make consecutive NCAA Tournament appearances for the first time in program history.

Saint Louis: The Billikens will head to San Jose to take on Virginia Tech(24-8) on Friday.

St. Bonaventure: The Bonnies will likely be going the NIT.