St. Louis put on a show Sunday for the BattleHawks home opener, and it left quite the impression on the league's top executive 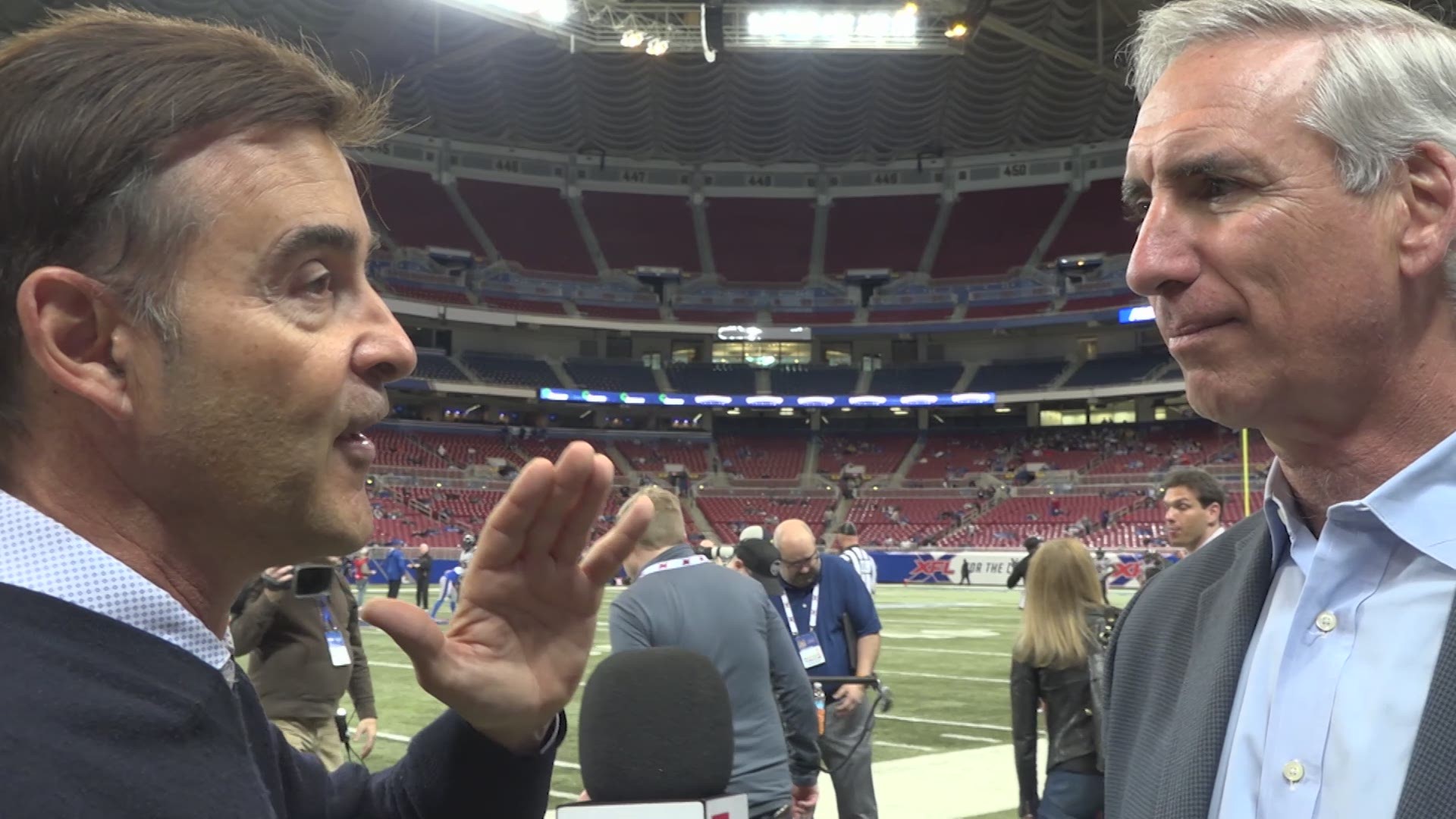 ST. LOUIS — I'm not sure what was crazier in St. Louis this past weekend: Soulard Mardi Gras or the BattleHawks home opener at The Dome?

St. Louis fans showed up in droves to see the return of professional football in person, packing the lower bowl of The Dome to capacity and filling up any open area around the America's Center with tailgates.

And it turned out, St. Louis left quite the impression on the XFL's top executive, Oliver Luck.

We caught up with Luck on the sidelines before the game, right after he had taken a walk through some of the excitement going on outside. Consider the commissioner impressed.

"I jumped on a plane this morning... I was at the Tampa game yesterday. And a woman sitting in front of me, a native St. Louisan, lives in Tampa, was on her way up just for this game. Six guys, bare-chested with 'Ta'amu' with the apostrophe painted on their chests," Luck said. "I ran into four guys, college students, who drove down this morning from Milwaukee. It was unbelievable. I think this can become something that all Midwesterners can really rally around. It was a great experience and the game hasn't even started yet!"

I think it's safe to assume the league always knew St. Louis would be ready for the return of football, but maybe not quite to this extent.

"The local rating last week (Week 2) was incredible," Luck said of the BattleHawks TV ratings in St. Louis. "To outdraw the defending Stanley Cup champions just tells you how popular football is and what kind of fan base we can expect to develop and grow here in St. Louis."

Lots of people have been watching the BattleHawks on TV, and on Sunday, more than 29,000 showed up to watch them in person, with many paying big bucks to get a ticket on the secondary market.

After such a raucous reception to kick things off, everyone was wondering if there was chance more seating might be opened up as the season progresses. Well, Luck had an answer for that, before the crowd had even filled up The Dome.

"We'll continue to work hard and open up the upper deck when needed to get more people in here," Luck said.

So, there it is straight from the top dog's mouth. The upper bowl is a possibility this season for the BattleHawks.

It's also no secret that many of the 29,554 in attendance were there at least in part to boo a certain NFL owner who absconded to Los Angeles with the last tenants of The Dome. Luck gets it.

"I went through this myself as a former Houston Oiler when my team left to go to Memphis and then Nashville. I understand what people are going through. That took a chunk out of my heart as well, so I get it," Luck said.

So far, the XFL and the BattleHawks seem to be checking all the boxes after three weeks as a league. And if you believe the commissioner, he sees even more potential for growth here in St. Louis.

RELATED: 'The city really showed up' | St. Louis showed the country Sunday just how great of a 'football town' it can be

RELATED: BattleHawks Payne bites the top of Bud Light Seltzer can in celebration of first win in St. Louis