Major League Soccer's debut in St. Louis may be delayed, but there's still exciting news ahead

Owner Carolyn Kindle Betz and the MLS4TheLou team have been working hard behind the scenes, and are ready to unveil some exciting news 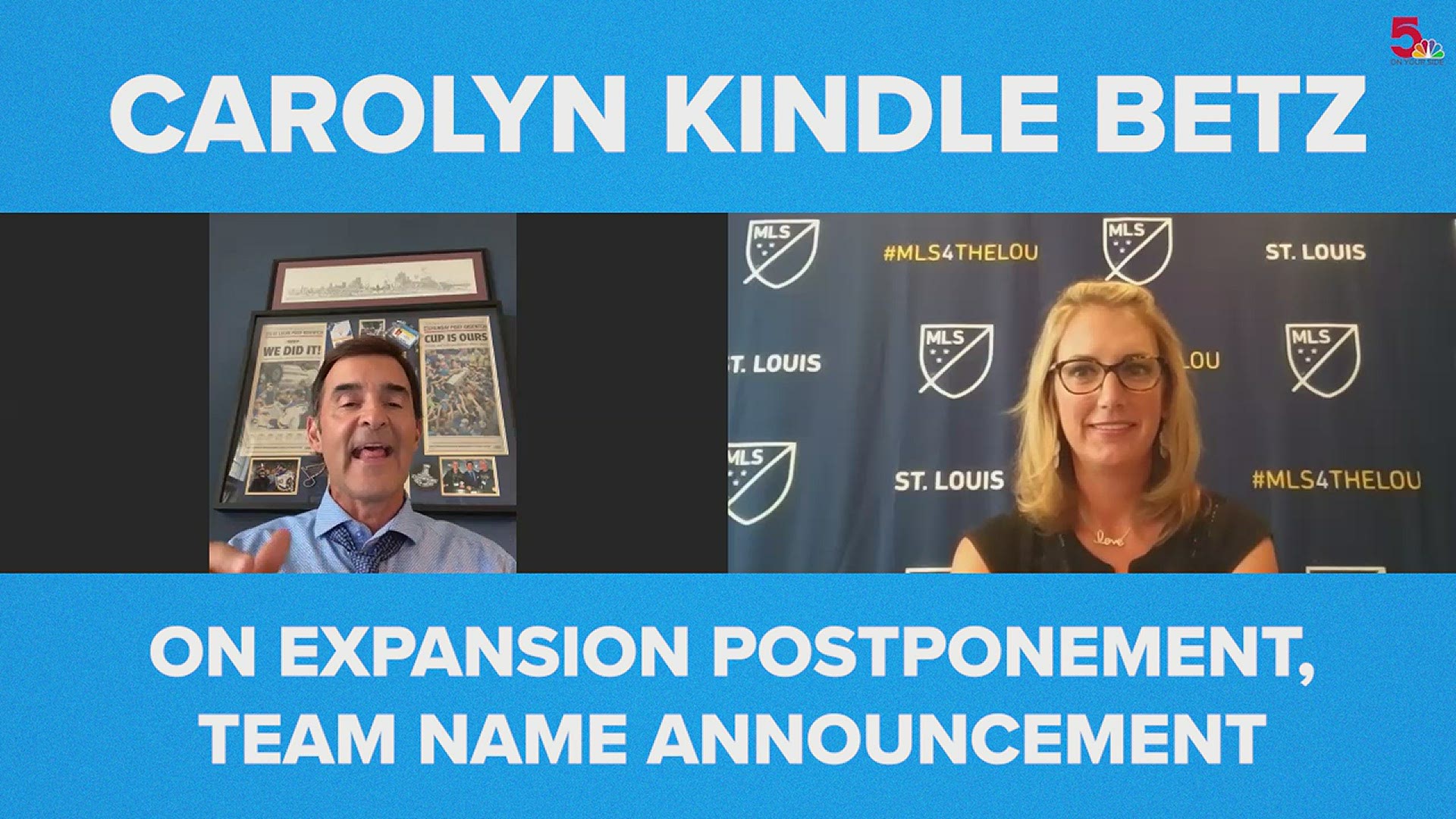 ST. LOUIS — The ongoing COVID-19 pandemic has turned the sports world on its head. Now, even a team that doesn't exist yet is feeling the repercussions.

Major League Soccer is still coming to St. Louis. We'll just have to wait an extra year to see it. MLS announced last week the St. Louis team's debut would be pushed back a year to 2023, because of the COVID-19 pandemic.

5 On Your Side sports director Frank Cusumano talked with MLS4TheLou owner, Carolyn Kindle Betz, to go over the postponement and some exciting news on the horizon.

"It was a decision they (MLS) made. We collectively agreed with them, and at first it's hard to hear it," Kindle Betz said on the expansion postponement. "We were so excited about 2022, but when we really took a look at, unfortunately,  everything going on, the uncertainty in the collective sports world, we're grateful because it will give us an opportunity to do things correctly, build momentum and have, quite frankly, an epic inaugural season."

Kindle Betz said that construction on the stadium, however, is continuing as planned, and some parts of the project are even ahead of schedule.

The stadium is still on track to be completed in mid-2022 and could end up playing host to other events before the team takes the field.

As for the team, we're less than a month out from finally learning what to call it. On August 13, MLS4TheLou will announce the team name, colors and crest in a special online live stream.

Around 700 fans will be picked to have their likeness put on a cardboard cutout to "attend" the event. The original plan was a party with thousands of guests and fans, but due to the ongoing pandemic, that simply wasn't possible.

As for that team name? Well, Kindle Betz is playing it close to the vest, no matter how many people try to get a hint out of her.

"Well I actually don't go anywhere much anymore, but to your point, a couple of times (people have tried to get the name out of her), yes. It's really been more my friends asking how I could keep it quiet so long? But people throughout the pandemic were very excited," Kindle Betz said. "I would say we can't wait for when the time is right... It's been an exciting couple of months for us, certainly respectful of everything going on, but we're excited to have the opportunity to share all of the hard work."

RELATED: MLS expansion to St. Louis pushed back to 2023 due to COVID-19 pandemic

RELATED: Nashville out of MLS tournament after 9 players test positive for COVID-19