Comparing the 2019 Cardinals to the Stanley Cup champion Blues

When you think about it, there are quite a few similarities between the Cup winning Blues, and the 2019 Cardinals. What do you think? 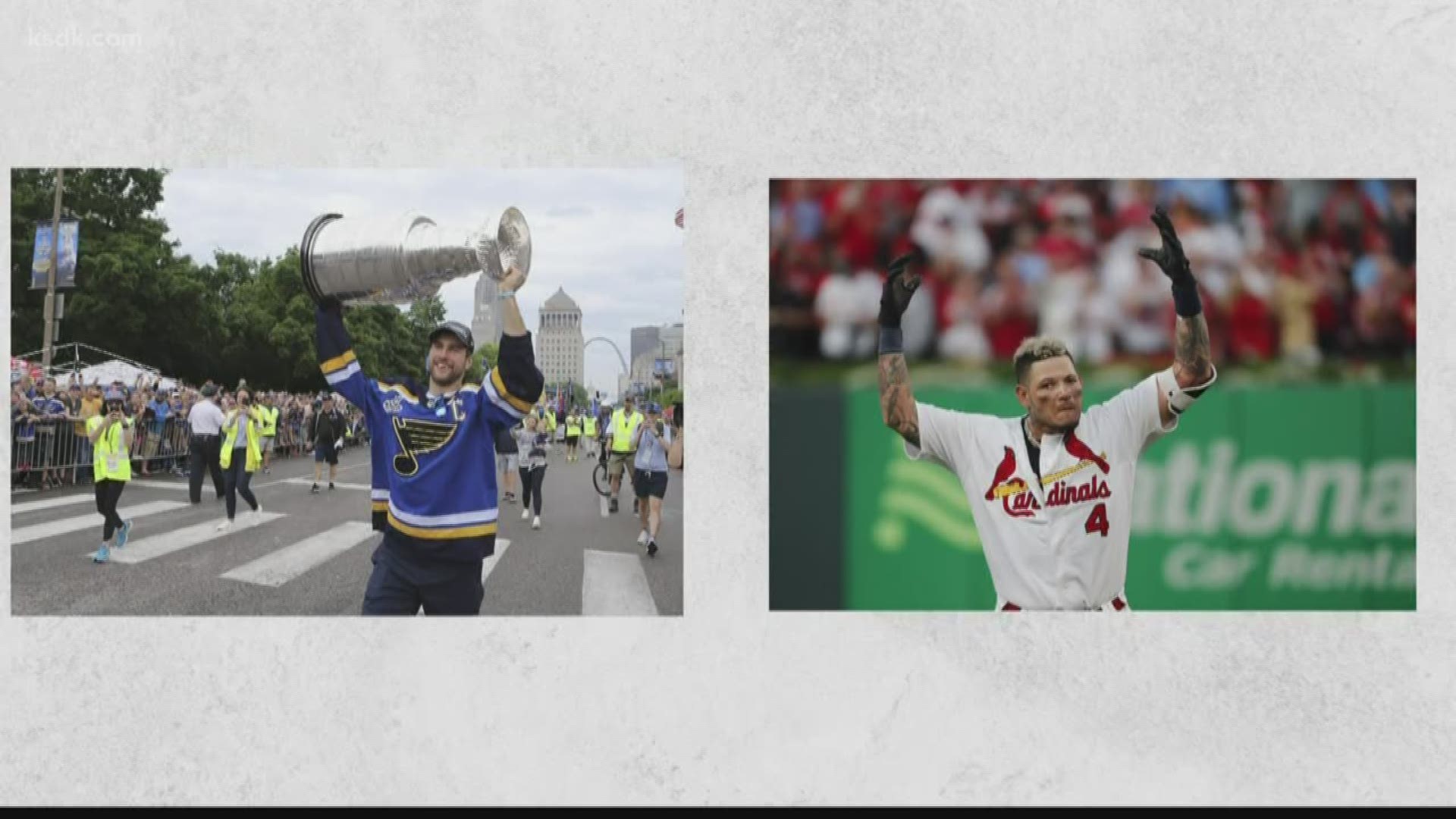 ST. LOUIS — Nobody thought the down and out St. Louis Blues would come back to win a Stanley Cup in 2019. Very few are picking the Cardinals to bring home the title, either. But that's not where the comparisons end.

There are quite a few lines to draw between the members of that Cup winning Blues team and the NLCS Cardinals.

Watch: Drawing comparisons between the 2019 Cardinals and Blues

Let's start with the leaders.

Mike Shildt and Craig Berube both started as interims and took over the identity of their teams.

They've also both shown they're pretty dang good at firing their guys up with locker room speeches with some salty language mixed in.

So I've already written an entire article on this, but here's the short version.

Both turned their teams seasons around with historic second halves that caught national attention.

Both also happen to be cool and calm under pressure and ready for the big spotlight.

Check out the full comparison in the article link below.

Molina might not get the "C" on his jersey like Pietrangelo, but there's no doubt Yadi is the leader of this team.

Watch: Adam Wainwright talks ahead of NLCS against Nationals

Without these two offseason additions, neither team would have gotten to where they are.

O'Reilly led the Blues through the playoffs, and Goldschmidt has done the same through the NLDS.

Both have a great clubhouse presence as well.

Thomas might have been a top prospect that fans had all been waiting for and Edman may have emerged out of nowhere, but there are still a lot of similarities between the two rookies.

They both play with a ton of speed and both provide an added spark any time they're on the ice or field.

Watch: Inside the Cardinals' locker room after NLDS win

Big time performers with a history of great seasons.. who scuffled in at least parts of 2019, but have exploded in the postseason.

Schwartz was not nearly the player he had normally been in the 2019 regular season, but lit the league on fire in the playoffs.

Ozuna had an awful September, but seems to have flipped the switch and has been his team's best hitter so far in the postseason.

Both have been stars for their team in the past, but have had to take on different roles in 2019.

Neither griped or complained, and have done what is best for their team.

It remains to be seen whether the Cardinals can go full Blues and finish off 2019 with a championship, but the comparisons are there to be had.

RELATED: Cardinals Plus Podcast: Previewing Cardinals/Nationals in the NLCS

RELATED: Remembering the last time the Cardinals and Nationals met in the postseason

RELATED: 5 things Cardinals need to do to win the NLCS