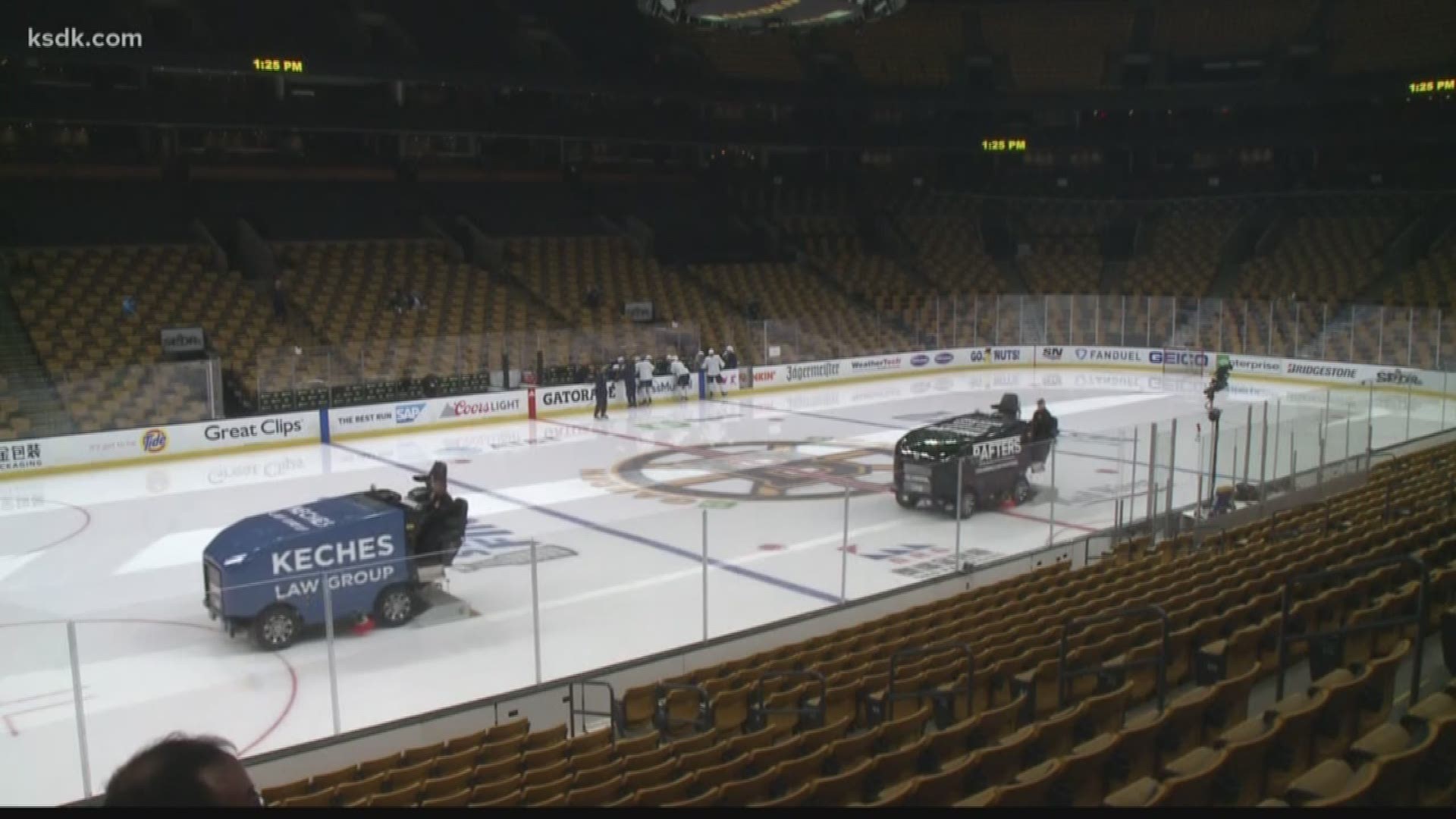 BOSTON — Coaches use the term all the time, mostly heard during games throughout the regular season.

Former Blues coach Ken Hitchcock was notorious for saying it in his media comments. Current coach Craig Berube not so much, only when asked, he'll use it, but coaches will often say it.

Game 7. Stanley Cup Final. The first-ever chance for the Blues to win it.

Come on down, Vladimir Tarasenko.

Step to the plate, Ryan O'Reilly.

Yes, the bill fits. If the Blues' best players are going to be their best players for a game, ONE GAME, this needs to be it.

"Absolutely. No doubt about it," said Blues forward Brayden Schenn, who centers the top line with Schwartz and Tarasenko. "Game 5, it was tight out there. Game 6, we weren't as good, but at the end of the day, we're guys that get put in offensive situations, play a lot of minutes, a lot of key minutes, help the forward group go. We've got to step up and have a big game tomorrow night.

"... It's a great opportunity for everyone on both sides. You may never get this chance again in your lifetime. You go out there, have fun with it, enjoy it and make the most of it."

O'Reilly, who has four goals the past three games and has 21 points (seven goals, 14 assists) in the playoffs for the Blues, tied with Brett Hull (1990) for the most in team history, was acquired July 1, 2018 from the Buffalo Sabres and in his first conversation with general manager Doug Armstrong after the trade, said, "Let's go win a Cup."

Well, the Blues have that chance.

By winning a game.

If their best players are just that, those chances are amplified.

"That's something I can't control right now. It's just getting the body feeling good and staying light, but for sure, this has got to be the best game of my life," O'Reilly said. "I feel everyone in the room feels that as well, and that's what Game 7 of the Stanley Cup Final is. It's that, it's everyone bringing everything they have and our best will hopefully beat their best."

It doesn't mean the role players won't be counted on. This will be a 20-man effort, a lineup Berube feels is best equipped to win what is now the biggest game in Blues history.

RELATED: This St. Louis family has many reasons to bleed Blue

"If you can take this, you would take it any day of the week, right," Berube said. "We're in Game 7 of the Stanley Cup finals. You should be excited and everybody is excited to go play. It's not really adversity. It's a great challenge and a great opportunity. One game."

"Everyone's going to be ready," said Blues forward Ivan Barbashev, who returns after missing Game 6 due to a suspension. "This is the last game of the season and you've just got to give everything you've got. Game 7, there's nothing better than that. If you lose it, it hurts. If you win, it's even (a) better feeling."

"Here we are, what an exciting time to be a hockey player," Schenn said. "You have to win one game to lift the Stanley Cup. We would have taken that back in January when we were in last place. ... Anything can happen on one game. You've got to bring your best and we'll see what happens."

And how about Pat Maroon, who signed with his hometown Blues, the team he and his dad and brothers grew up watching years ago, the kid from Oakville who spurned more money to sign a one-year deal to help the Blues get here.

The puzzle, which Maroon helped keep alive with his dramatic Game 7 double-overtime winner in the second round against the Dallas Stars, can complete itself with a win.

"It’s awesome," Maroon said. "To do it in my hometown and put that sweater on every night, the team I grew up watching, to have an opportunity to play in a Game 7 and live out my childhood dream is truly amazing. It should be a fun game tomorrow.

"It’s been a roller-coaster of events. There’s been a lot of highs and lows throughout the season for me. We stuck together as a team, guys came together close and guys just battled hard for each other. That’s why we are where we are right now. It’s an opportunity where winner takes all and they get to take home that big old trophy that everyone has been waiting for eight months of hockey. This is something that guys in this locker room will never … you never know when this opportunity is going to come. It all comes down to who’s going to work harder tomorrow."

RELATED: ‘It looked like a bomb exploded’: Crews clean up trash downtown after Blues watch party