'That really opened my eyes that anything can happen' | East St. Louis QB Tyler Macon opens up about his life-changing moment

“It really opened my eyes up to focus on what I got to do to get out this city and to get my family out of this city,” Macon said. 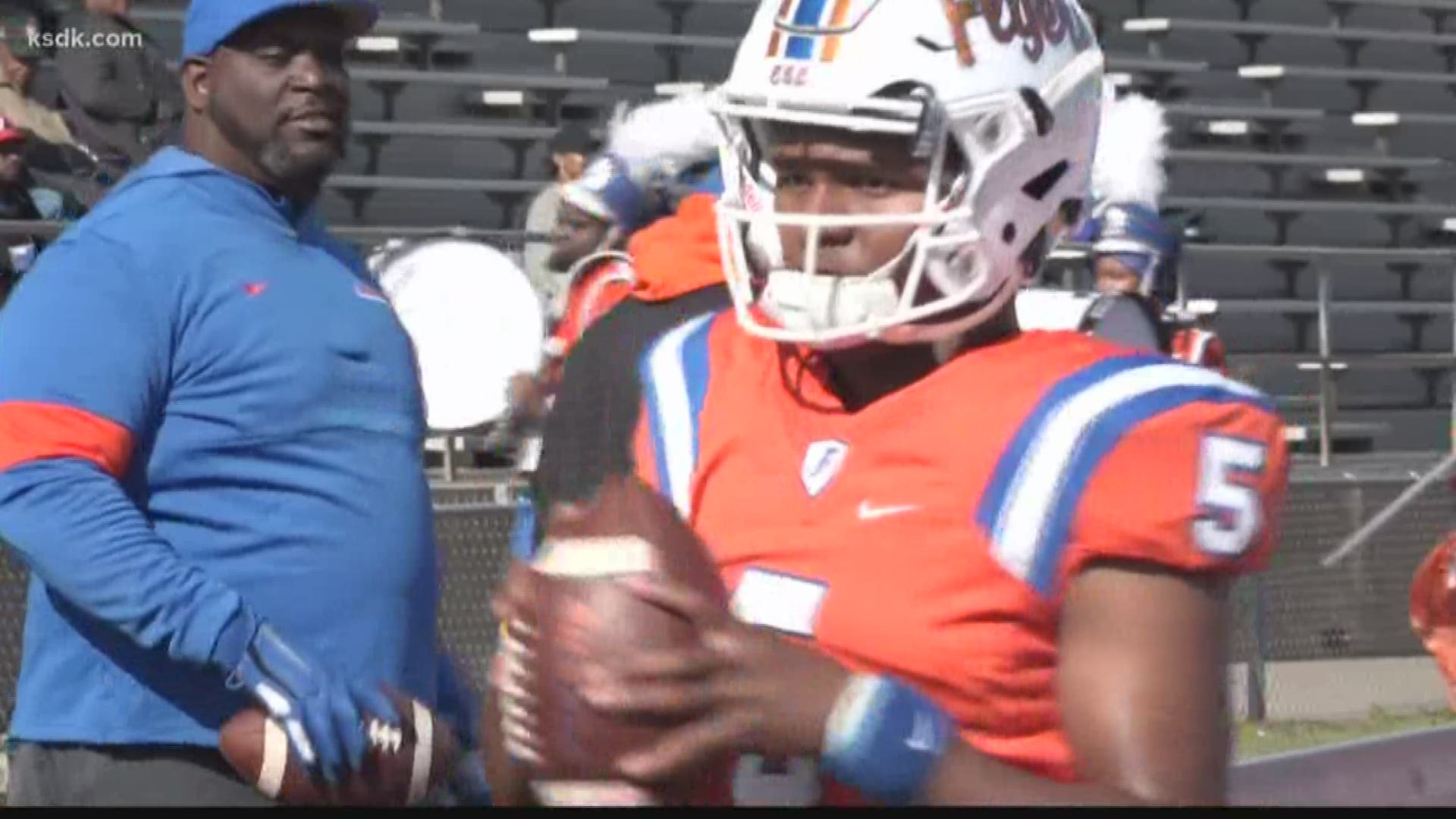 EAST ST. LOUIS, Ill. — May 4, 2019 was supposed to be a normal night for East St. Louis quarterback, Tyler Macon. Summer was close and a new season was on the horizon.

But that night left a memory Macon can’t shake.

“That really opened my eyes up to the world that anything can happen to anybody at any given time,” Macon said.

He was at a party with several teammates, you know doing what teenagers do on the weekend, when in a matter of seconds, he was sent scrambling.

“We had ran one direction and he had ran the opposite direction,” Macon said describing the aftermath of gunshots.

The "he" Macon is referring to, was rising football star, NFL player in the waiting, Jaylon McKenzie.

That split moment, the difference in paths, resulted in Macon keeping his life, and McKenzie losing his.

Macon and McKenzie were supposed to be the next dynamic wide receiver, quarterback duo to sport the orange and blue.

“Before that, I swear to god we had just talked about winning a state championship,” Macon said. “How we were going to be a five and six connection.”

With his brother gone, Macon started reflecting on his life, ultimately deciding on a new game plan.

“It really opened my eyes up to focus on what I got to do to get out this city and to get my family out of this city,” Macon said.

That meant keeping up with his 3.6 GPA, “football’s going to end” Macon said. “My education, can’t nobody take that from me.”

“You see one of your best friends and he’ll never be able to play football again, a matter of fact, you’ll never see him again, it makes you mature,” East St. Louis head coach Darren Sunkett said.

Sunkett described Macon as the alpha of the bunch growing up, smart and extremely talented.

“He never lost a game as a little league football player,” Sunkett said. "We expected him to bring some wins to our program."

With the 89 blocks behind him, McKenzie in his spirit and coach Sunkett driving the ship, the Flyers and Macon went to work.  They orchestrated a perfect season with Macon's cool, calm and collective demeanor. He accounted for more than 5,000 total yards and scored 56 total touchdowns.

The ring was secured, the promise to McKenzie fulfilled and a college offer from the hometown team was in the bag.

“Coach [Eliah] Drinkwitz, before he became the coach, I didn’t have a Mizzou offer," Macon said. "He was only taking one quarterback out the class and he chose me out of everybody in the country and just for that I respect coach Drink a lot and I thank him for the opportunity."

Coach Sunkett said he was just proud Macon was going to a team that would let him play his natural position, quarterback. But before he blazes a new trail at Mizzou, he’ll enjoy his signal-caller for one more season.

“He just brings a lot of excitement to the team, to the locker room, the focus, you know those type of kids don’t come around too often,” Sunkett said.

Macon said he hopes to throw for 5,000 yards in his senior year, and oh yeah, win another state championship.

All while McKenzie has the best view, right above.

RELATED: Goldschmidt family holds their own opening day from home

RELATED: Cardinals' season on The Show: Yadi walks it off on opening day against Orioles

RELATED: 'I promised him I would do it' | Cardinals fan keeps 63-year opening day streak alive in memory of late husband

RELATED: 'We just don’t know' | Cardinals’ Mozeliak talks about when, if season will start

RELATED: An ode to opening day in St. Louis, while we wait for baseball to come back into our lives