We can't think of a better story for the Hollywood treatment 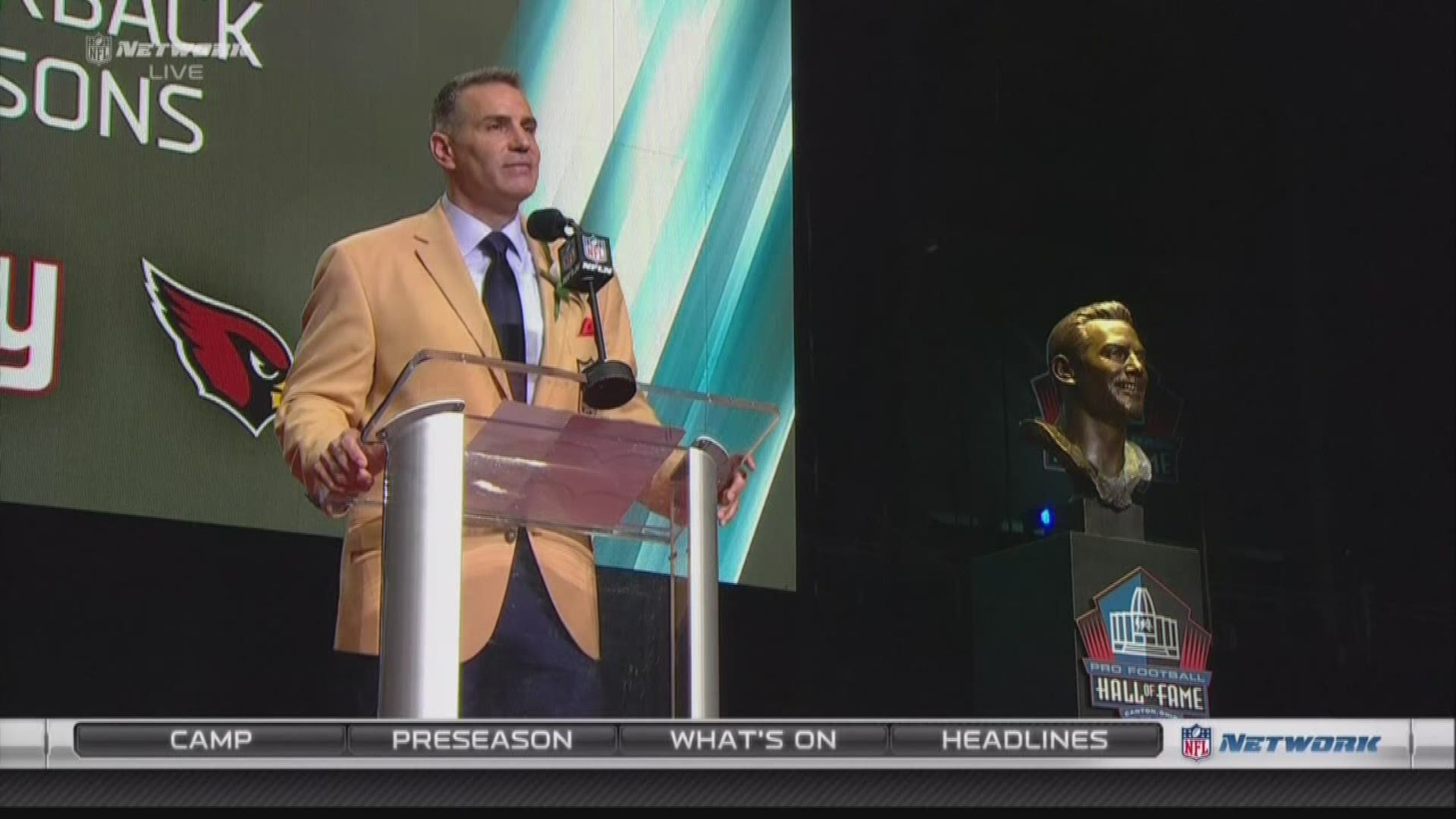 ST. LOUIS — His story seemed like a movie when we saw it play out live. Well, now it's actually going to be.

On Wednesday, former Rams' quarterback Kurt Warner shared on Twitter that his life story is becoming a biopic.

"Here we go... can’t tell you how excited I am to share our story on the Big screen," Warner wrote on Twitter. "I am humbled that God has chosen me for this journey & I’m believing in some way it will impact, inspire or encourage all who see it!"

Warner quoted a tweet from a PR group, who said David Aaron Cohen would be writing the script, and Jon and Andrew Erwin would be directing the film, which is said to be titled, "American Underdog: The Kurt Warner Story."

Cohen might be best known for writing the script for the movie, "Friday Night Lights.”

The screenplay for Warner's movie is said to be based on interviews with Warner as well as his memoir.

The Kurt Warner story is no secret to St. Louis.

After stints in the Arena League, NFL Europe and even as a stock boy in an Iowa grocery store, Warner was pressed into action for the Rams in the 1999 season due to an injury to starter Trent Green.

From there, Warner made history, becoming league MVP, leading the Rams to a Super Bowl win and taking home the Super Bowl MVP trophy.

Warner would lead the Rams and their prolific offense known as "The Greatest Show on Turf" from 1999 to 2004, getting the team back to the Super Bowl in 2002.

That wasn't where Warner's legacy ended, though. At 37 years old he led the Arizona Cardinals to an NFC championship in 2008 and was named the Walter Payton Man of the Year.

Warner was inducted into the Hall of Fame in 2017.

RELATED: 20 years later, the Kurt Warner story is still sports at its best