'Even though the topics are science-based, math-based, I make sure the beat is banging, so you know everyone is dancing to it," Williams said. 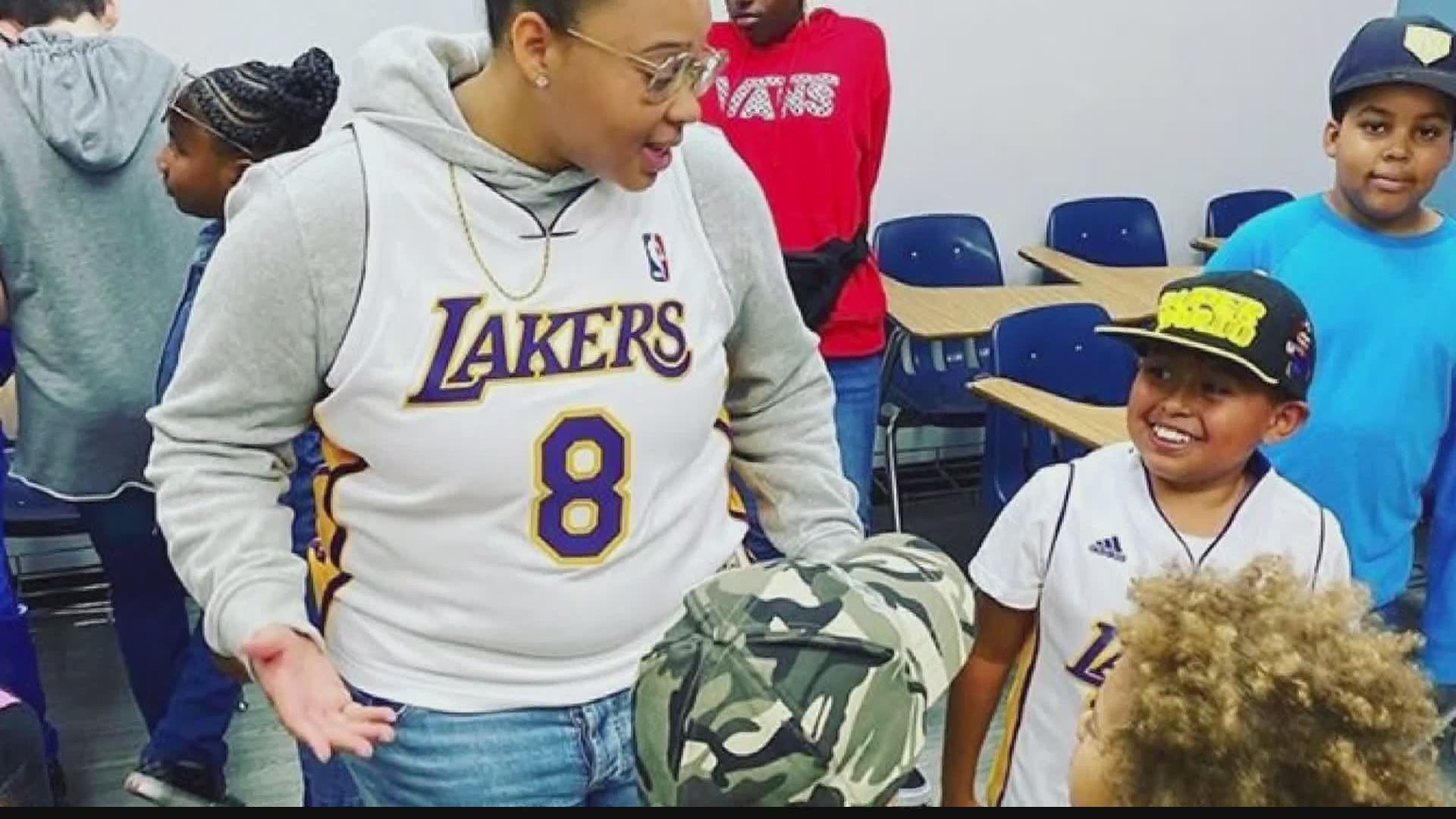 CALIFORNIA, USA — Growing up on the south side of St. Louis, Dajae Williams had a dream like many of the kids in her neighborhood. She wanted to play in the pros. But she knew at an early age, she had another gift.

“I knew basketball would only take me so far,” Williams said.

Her knowledge was her other gift, and that’s what was going to take her far.

Romana Miller, a principal at Kirkwood High School, realized her gift at an early age. She encouraged Williams and a group of other students to sit down in front of minorities who succeeded in science, technology, engineering and mathematics, to gain knowledge about a potential career path.

“At the time I didn’t really think much of it because you know I was really into basketball at the time, but I kept it in my back pocket,” Williams said.

And when it came time to make a college decision, that’s when Williams remembered that card in her back pocket.

“The STEM colleges where athletes weren’t necessarily going, I’m getting full-ride scholarships to them,” Williams said.

She ended up choosing Missouri S&T University where she could play basketball and take her academics seriously.

In a profession that lacks minorities, Williams joined the National Society of Black Engineers with the hopes of networking and learning where her career path could lead to.

“You have fortune 500 companies looking for people that look like me, African-Americans kids into STEM,” Williams said.

It wasn’t long before companies were vying for her talents.

“My first year going there (the conference), I got a John Deere, Johnson and Johnson and a Toyota internship offer,” she said.

Williams said she ended up choosing to intern at John Deere and Toyota, and after that she continued to hone her skills as an engineer. She then landed a job at Apple in California.

“I felt like I got a record deal at that point,” said Williams.

Little did she know, she was on her way. Williams eventually landed at NASA as a quality control engineer, overseeing projects before they’re shipped off to space.

But along the way, she found her other calling, educating and inspiring the youth. She said her idea came after going to P Diddy’s Revolt music conference where she attended a seminar on Hip-Hop vs. Politics.

“I asked a question on a panel, how do we use hip-hop as a platform to get more minorities into STEM,” Williams said.

When she asked that question no one had an answer, but she did. She instantly thought of a project she did her sophomore year at S&T where she had to come up with a song for the quadratic formula.

“I was like, that’s it. I can use the hip-hop music that people love so much to help people understand topics more,” Williams said.

From there, the pen hit the paper and the school hits started dropping, with of course some doubters along the way.

“I got a bunch of people like laughing at me. They’d be like 'Dajae are you freaking serious',” she said.

But she found people who believed in her, like her chancellor who said the idea was mind-blowing. So Williams kept going and produced more hits. Now she has thousands of views on YouTube and other streaming sites.

“Even though the topics are science-based, math-based, I make sure the beat is banging, so you know everyone is dancing to it, you don’t even know that you’re learning,” she said.

Williams said she just hopes kids use what they’re learning now, as a tool to help them succeed later in life as she did.

“There are so many skills that are transferable between yourself as an athlete and yourself as a professional,” Williams said. “So, make sure you’re paying attention to how you handle situations and take that on with you throughout life.”

She said she never envisioned being a NASA engineer this young, and she's still ask herself is this really happening.

“I just have to go in there with my head up and remember they hired you for a reason,” Williams said.

She said she also didn’t see herself making music to inspire an entire younger generation, but now that she has their attention, she plans to make more hits. She hopes one day turn this into a brand, going into classrooms speaking to students, touring the country spreading knowledge, and holding educational concerts for kids.

To see more of Williams’ work, you can visit her website dajaewilliams.com or visit her Instagram page at dajae.monae.

RELATED: Castlewood, Elephant Rocks state parks to reopen in May

RELATED: Sullivan man killed in multi-car accident on WB I-44 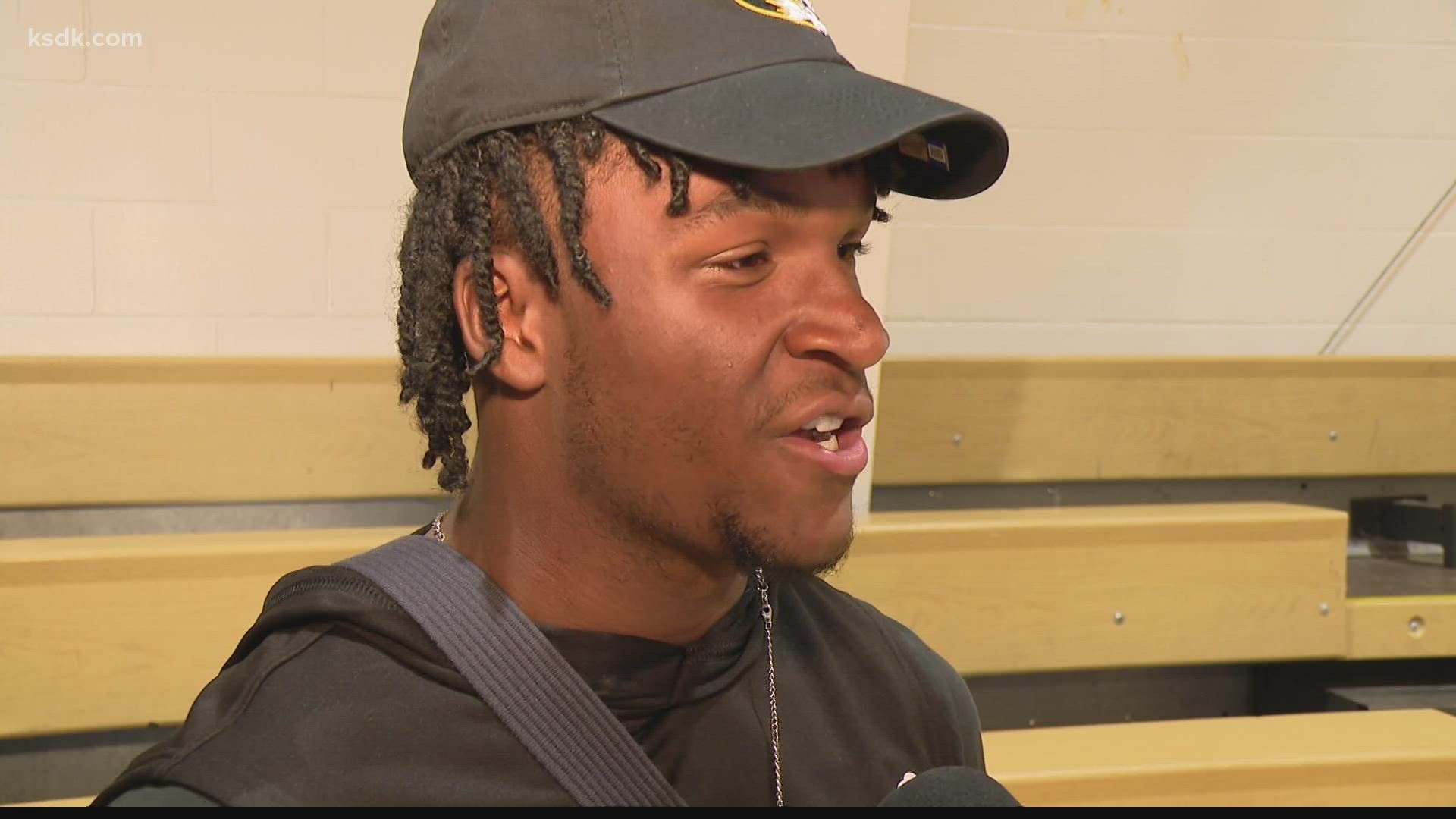