All lanes between I-55/70 and I-64 will be closed beginning Saturday to fix one of the worst roads in the state. It's the first of two phases to fix the road 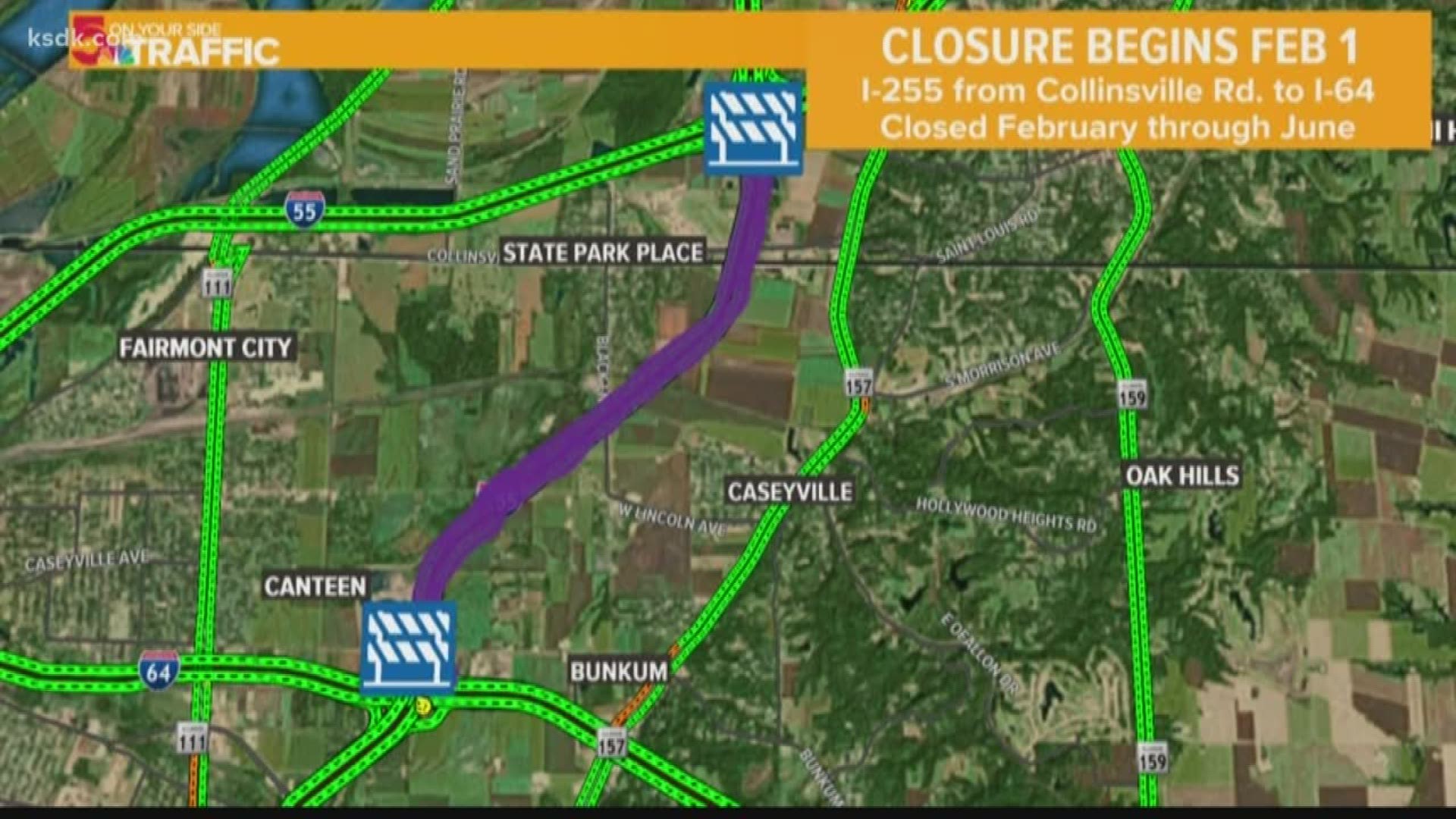 ST. LOUIS — The first of phase of a major shutdown on Interstate 255 in the Metro East will get underway this Saturday, Feb. 1. In all, the closure will last 10 months, according to the Illinois Department of Transportation

The first wave will fix a crumbling 4.5-mile stretch of I-255 between Interstate 55/70 and Interstate 64. All lanes will be closed for five months.

In a news release, IDOT said the stretch is notorious for being one of the worst roads in the state with most of the pavement dating back to when the interstate was built in the 1980s.

IDOT said completely closing the stretch of road will save time and money. By closing I-255 in one construction season, the project can be finished in five months rather than over four years. It’s projected to cost $67 million, which is about $14 million less than it would cost if the work was done in stages.

"So why a full closure? Safety," explained Joel Cumby, IDOT District 8 Construction Engineer. "We explored several different options. A full closure is the safest, the best and the fastest."

Crews will resurface the roads, redo lane markings, update lighting and complete bridgework along I-255.

Credit: KSDK
I-255 from Collinsville Rd. to I-64 closes Friday night for extensive maintenance

The state set up a website so drivers can see the project, detours and other potential routes. You can view the website by clicking here.

The closure is the first part of an even larger resurfacing project on I-255 in Illinois. After the section north of I-64 wraps up this summer, construction will shift south to the stretch of road between I-64 and Illinois 15. That project will also require a full closure of the interstate. All of the work is expected to be wrapped up by Thanksgiving.

There is an incentive for the contractors to finish by Thanksgiving.

"The contractor can earn $50,000 dollars a day for every day that they get it open early, up to 20 days," said Lora Rensing, IDOT District 8 Project Implementation Engineer. "That's up to a million dollars incentive for the contractor to open the road early. But on the contrary, they're also charged a penalty if they don't get it open early."

The earlier the project wraps up, the better it will be for drivers. While the interstate is closed, IDOT will be monitoring road congestion.

"We'll be doing traffic counts on them. We're going to have staff physically out on site at key locations throughout the different routes. We're also going to implement some technology. We're going to be flying drones over the alternate routes to monitor traffic," Cumby explained.

IDOT has notified Apple Maps, Waze, Google Maps and HERE traffic services to alert them to the project. Waze confirmed to IDOT it has plans loaded in the system to alert drivers to the changes Friday night. 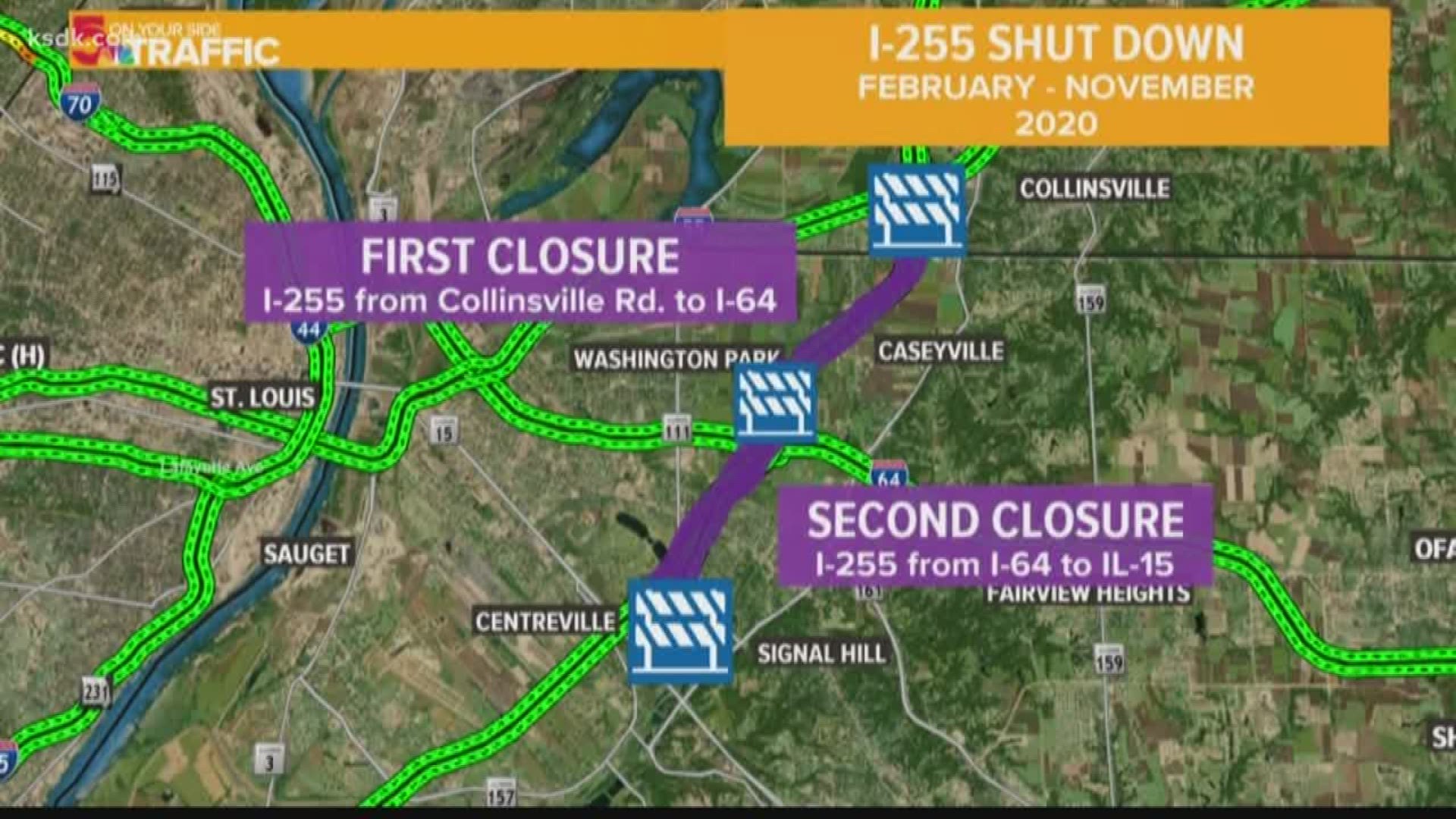