Driver killed in crash with tractor-trailer on I-64 in St. Louis County

The eastbound lanes closed around 8:15 a.m. and didn't reopen until six hours later. A vehicle and a tractor-trailer were involved in the incident 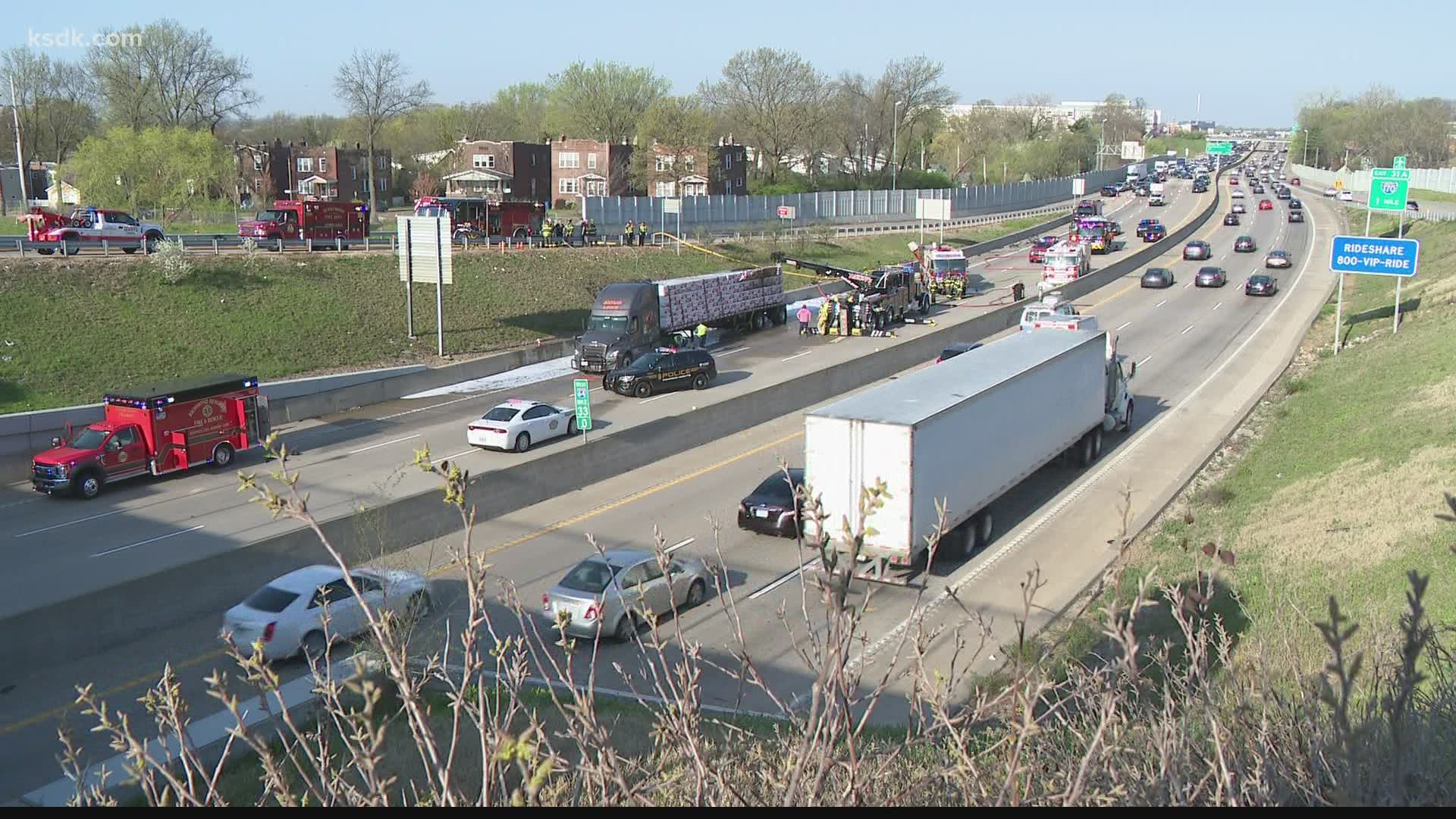 ST. LOUIS — A woman was killed in a crash on Interstate 64 in St. Louis County Tuesday morning.

The crash happened at about 7:54 a.m. Tuesday in the eastbound lanes near Big Bend Boulevard.

Guccione died from her injuries at the scene. No one else was injured in the crash.

The highway patrol also told 5 On Your Side their investigation pointed to "inattention on the part of the passenger car" as a contributing factor in the crash.

Editor's note: A previous version of this story indicated a passenger in the car died from their injuries. The story has been corrected to indicate it was the driver of the passenger car.