The collaboration with local food favorites isn’t the only thing that makes these pizzas unique. 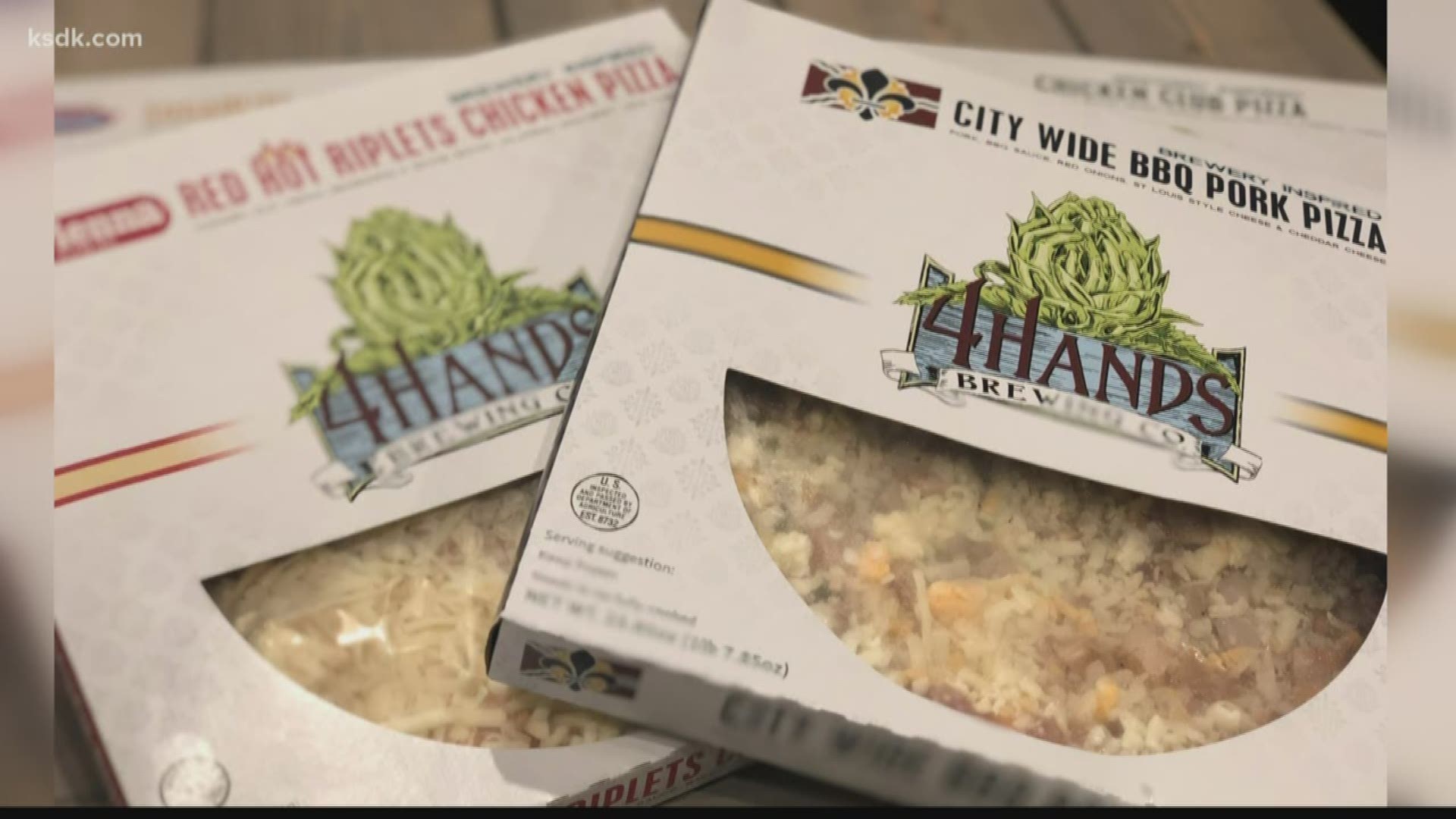 4 Hands Brewing Co. and Mama Lucia’s have partnered up to deliver a new variety of frozen pizzas that are packed with flavors of the 314.

“We grew up eating Mama Lucia’s pizza and felt it would be a fun project to work on,” said 4 Hands owner and founder Kevin Lemp.

“We wanted to take this full circle and bring in some local brands that we love,” Lemp said.

“We decided on two rules,” said Scott Ashby, president and managing partner for Lucia’s Pizza. “They had to be hearty like craft beer drinkers, and they had to be unique. We did not want to do just the usual pepperoni or sausage. Even our cheese pizza is made with seven different cheeses.”

But the collaboration with local food favorites isn’t the only thing that makes these pizzas unique.

Mama Lucia’s takes the spent grain from 4 Hands’ brewing process and uses it in the pizza dough. It doesn’t give off a beer taste and helps 4 Hands find a use for the leftover malted barley, which otherwise would be thrown away.

“This seemed like a waste,” Ashby said. “We take the grain and cool it down under USDA cooling guidelines, and then use it as an ingredient in the crust. It has to be cooled down quickly or it starts to ferment.”

“Who would have ever thought we would be building our brand in the frozen pizza section?” Lemp said.

Right now, there are seven varieties available. Besides the ones with the St. Louis flavor flair, Lemp said they opted to throw in some traditional tastes, with a twist.

“We chose flavors that where a little more unique. We had to do a 7-cheese and a Mega Meat due to the overall popularity of those categories. Our other more creative offering is a Chicken Club Pizza with ranch sauce, chicken, green onions, mozzarella and cheddar cheese paired with Incarnation India Pale Ale, which is the No. 1 selling IPA in St. Louis,” Lemp added.

The pizzas are available at all Schnucks and Dierbergs stores now.

So far, Lemp said people seem to love the concept and added they have some fun ideas for more varieties in the future.

“Since the product has launched, we have had several other local retailers contact us about getting a pizza in the program,” Ashby added.

Here are the details on the seven pizzas that are available now: