Fox gives Garrett Bradley's documentary the unstoppable backbone that pushes the movie into greatness. This movie will break you.

Imagine only getting to see or talk to your husband for four hours a month. A collect call comes in, and you accept it, knowing it's a rare time to speak with the father of your three children.

That was Fox Rich's world for a long time. Too long of a time if you ask me. I'm not one to diminish the crime of armed robbery, but a 60 year prison sentence for that crime is just outlandish. There's no area in the world that robbing a bank should cost you six decades. Trust me, there're more terrible criminals out there than Rob Rich, a young man who made a poor choice in the early 90's. With their business starting to flail and finances in an immovable spot, Fox and Rob decided to rob a bank. The crime cost them time, a whole lot of it.

"Time," the hard-winning yet rewarding new documentary from Garrett Bradley isn't told in linear form; a more sporadic collection of memories gives the film a rugged authenticity. We see Fox as a young mother recording a video for the incarcerated Rob, showing off her pregnant belly-and then the film jumps many years later, showing Fox rehearsing a video. She spends the majority of the movie touring different facilities giving speeches about hope and forgiveness, the two foundations that have supported her life since that untimely mistake. If the space is given, Fox is going to talk to you about the truth.

The kind of woman who talks everything out and holds nothing back-even when she places herself on the stand for a brief revisiting of that crime-Fox gives Bradley's documentary the unstoppable backbone that pushes the movie into greatness. No one is harder on herself than Fox, who served time in prison before getting out and picking up the fight to get her man out of jail.

Every day and night of Fox's life is dedicated to two things: taking care of her kids and making fresh efforts to get Rob released. One of the more fascinating elements of the documentary is seeing her kids at different ages and stages of Fox's life. In the beginning, we see a little one sticking his head in front of the camera, obstructing Rob's view of Fox's pregnant belly. Then, the movie moves ahead in time and they are stalwart young students joining their mom's cause to help free their dad.

Fox takes her time when speaking ferociously, as if the flame inside her head is merely warming up. Her words are measured, forceful, and always pack a punch. Never one to be shy in front of the camera, Fox's organic emotions and thought-provoking lengths never allow Bradley's film to waver. The quick 81 minute running presents a lean and mean approach to justice. It's rare that a documentary can be this unflinching and uplifting with such a short running time.

Just know that there's a moment during the 73rd minute that will break you. And then another scene will put you back together before the end breaks you again. A well-produced sequence that plays with the images of time, and how we perceive them. Heck, even Christopher Nolan could learn a thing or two from this film about how plain and simple time's impact on the world can be. All Fox and Bradley need is a true story here. No trickery required.

It's not just Rob that Fox is trying to free. Her family wants to abolish the unlawful idea that robbing a bank should rob a person of his or her life. It's this rigorous belief that gave Fox the fight to become an entrepreneur amid the chaos and misfortune of life. Sometimes, both edges of the sword may cut you, but that doesn't mean you'll bleed out.

I left "Time" exhausted in the best way. You let the story dig its hooks into you, thus allowing the effect to hit early. I'll just say this one hit similar to 2012's "Searching for Sugar Man," a doc that I didn't see punching as hard as it did. The subject matter in this new film, premiering on Amazon Prime this Friday, doesn't really need to swing its stick to show its power-but the emotion is hard to deny.

As I got up to leave the room, I thought about this resilient family. I thought about Fox, Rob, their kids, and the rest of the family. It was as if they were now my family, someone whose brightest light and darkest sin weren't foreign to me anymore. A film that makes that kind of connection should be celebrated.

It combines the relentless beast of time's power over our lives, and how it can make things hurt if we break the rules. But redemption is never out of the fight, as long as you keep hope alive.

Thanks for reading and enjoy the movie. 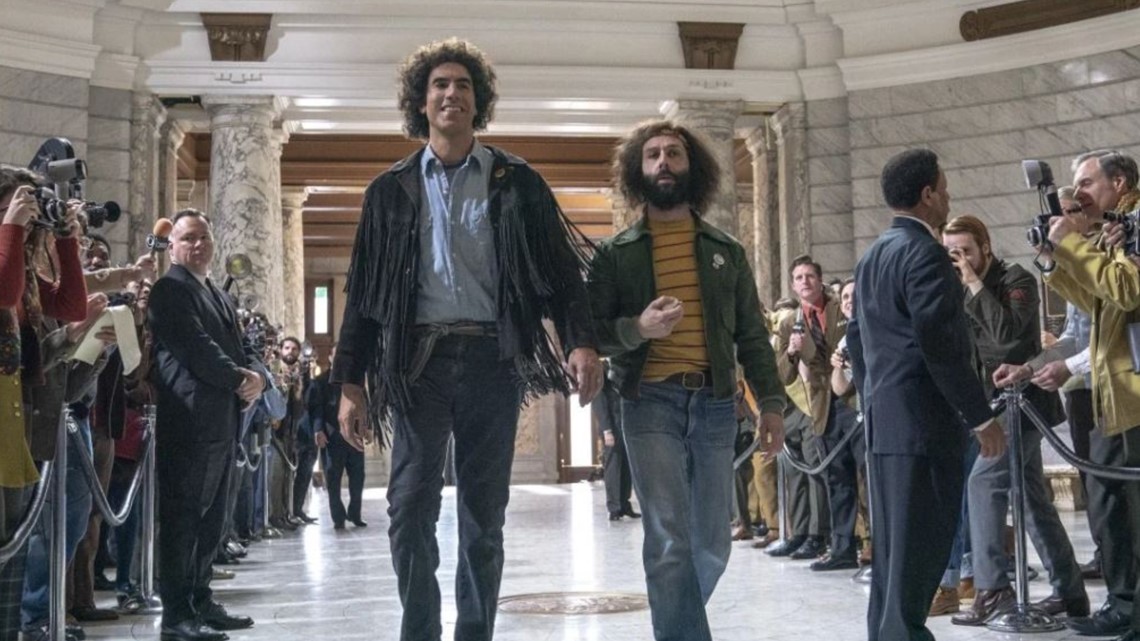 'The Trial of the Chicago 7' Review | Aaron Sorkin's moving drama engages and enrages in powerful ways
Sorkin's film pushes all the right buttons, boasting a classic script and a dynamite cast. Read what our film critic had to say about this new release. ST. LOUIS - Powerful filmmaking comes in many forms in the world of film, but the best kind occurs when all the pieces line up just right.