‘Lily & Timmy’s Super, Awesome, Incredible COVID-19 B-day’ is written as a children’s story, however, it’s very much a book for adults, too.

ST. LOUIS — Since the pandemic started, many parents have been quarantined in the house with their young children. For a lot of these families, it has been tough.

Sometimes, you just need a little laugh. That may be just what you get from a new children’s book that was published recently – Lily & Timmy’s Super, Awesome, Incredible COVID-19 B-day.

The book is written as a children’s story, however, it’s very much a book for adults, too.

The story depicts scenarios that have come to define life during the pandemic with colorful illustrations and witty banter between the parents and kids. From toilet paper hoarding to social distancing to face masks and more.

It all starts with a derailed birthday celebration for six-year-old twins Lily and Timmy. The two of them had been looking forward to a birthday trip to Disneyland when the pandemic hits, and mom and dad must try to explain why they need to stay home and why they can’t visit with grandparents or friends. However, the mom is determined to create a very special at-home birthday that Lily and Timmy will never forget – even if the dad is caught up in the hysteria of the moment.

“All of the humor that you would find in, say, a Pixar film, that’s what parents are going to find inside this book. Because a lot of the comedy in Pixar or Spongebob Squarepants – a lot of these shows that we know and love – the humor completely goes over the kids’ heads. And we wanted to have elements of that where mom and dad could grab the book and pick up the book,” said co-author Mike Farrell.

The authors are long-time friends Mike Farrell and Jacob Horn. The two of them have worked on many comedy and film projects together during their careers in entertainment.

Farrell started out as an intern for The Tonight Show with Conan O’Brien and recently co-wrote a TV sitcom pilot. Meanwhile, Horn has worked on several films and TV shows, with the most recent being Quentin Tarantino’s Once Upon a Time… in Hollywood.

The feedback from parents has been great.

“The parents, they say that the book, number one, it’s super relatable. But tow, it’s not like an ordinary kids’ book whatsoever. This was written by two dudes with no kids that wanted to make each other laugh that just so happened to write a children’s book. So, it’s interesting that we’ve kind of combined different elements from our comedy backgrounds, our film and TV backgrounds, and blended that into this story,” said Farrell.

“We really wrote this book so families and friends could just have thirty, forty-five minutes of kind of an escape from what’s actually happening in the world, you know, and so they can just laugh together,” said co-author Jacob Horn.

It appears this won’t be the end of Lily & Timmy’s adventures.

“We’ve already kind of come up with a rough outline for our second book, and we’re planning on doing a third book, as well. We’ve also been tossing around the idea of maybe doing a TV show or a film with Lily and Timmy and maybe go through Disney Plus or Nickelodeon,” said Horn. 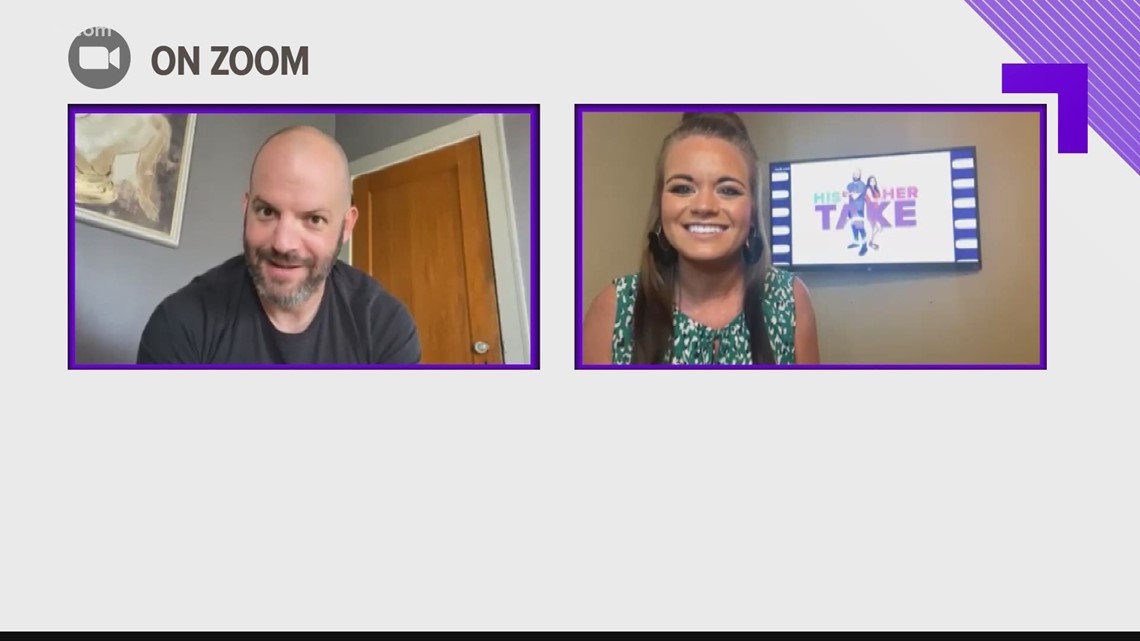 His Take, Her Take | Quarantine binge-watching
KSDK Film Critic Dan Buffa and Associate Producer Lexi Brown share some ideas for what to watch with all this extra time at home.