"I'm keeping my brother warm -- he's cold." Inside the St. Louis Crisis Nursery, there is a wall full of broken hearts -- and drawings that leave you speechless. 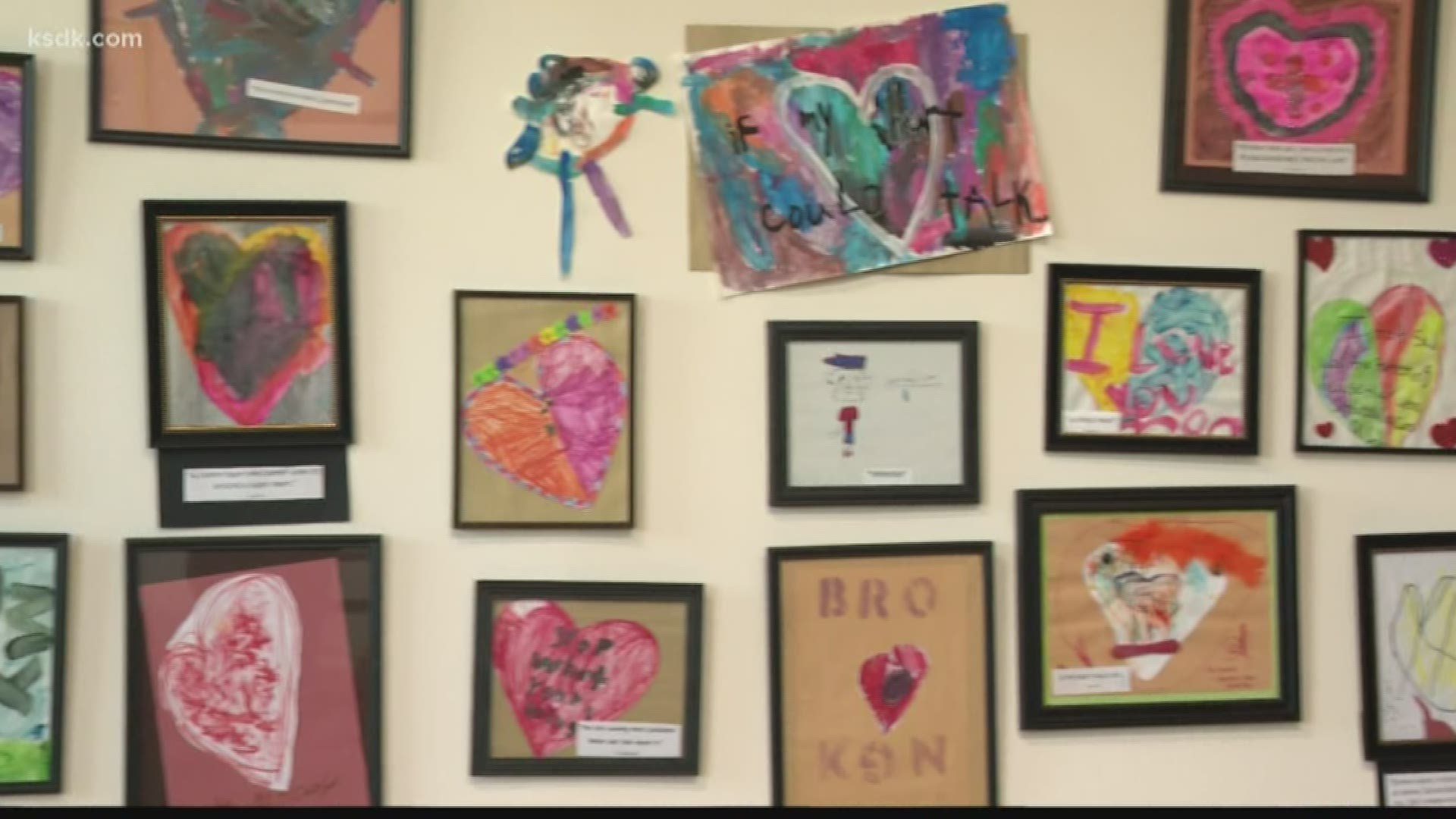 ST. LOUIS — In the midst of such a violent summer, it would be unrealistic to think the kids in our area are not impacted.

The violence they are witnessing in their homes and in their neighborhoods is traumatic. And the proof is in some of their artwork at St. Louis Crisis Nursery.

Crisis Nursery serves several thousand children a year, many in St. Louis, who are particularly vulnerable. As the team at Crisis Nursery helps them, they also want to let the children express themselves.

“The stories that they have are sometimes best shown in their art,” said Molly Brown, who is the clinical supervisor at Crisis Nursery, overseeing the therapy work with children and their families.

In their St. Louis location, there's a wall full of drawings from children from recent years. Some of them depict horrifying experiences.

A 4-year-old drew a picture after his 5-year-old brother was shot.

Meanwhile, an 8-year-old wrote: "I feel like a soldier. Always on guard. Keeping one eye open." 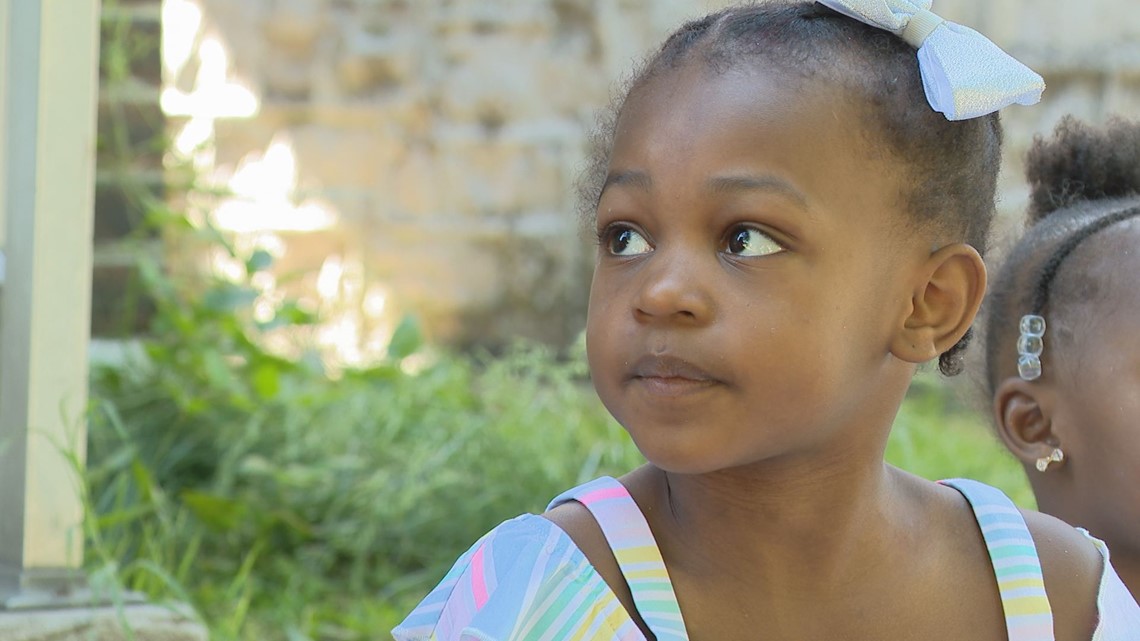 'She's up there with Jesus': 6-year-old shooting victim remembers 3-year-old friend killed in south St. Louis
ST. LOUIS - Oriel Finley returned to her home in south St. Louis Monday afternoon after experiencing what no 6-year-old should ever have to experience. "They shot me in my back," Oriel said. "It hurted." Oriel was shot in a drive-by shooting Sunday night while playing outside with other kids in her neighborhood.

To Brown, the trauma in local children is a crisis.

Brown said artwork gives children a way to express themselves when it can be difficult to talk about something traumatic.

"This is how they cope," she said. 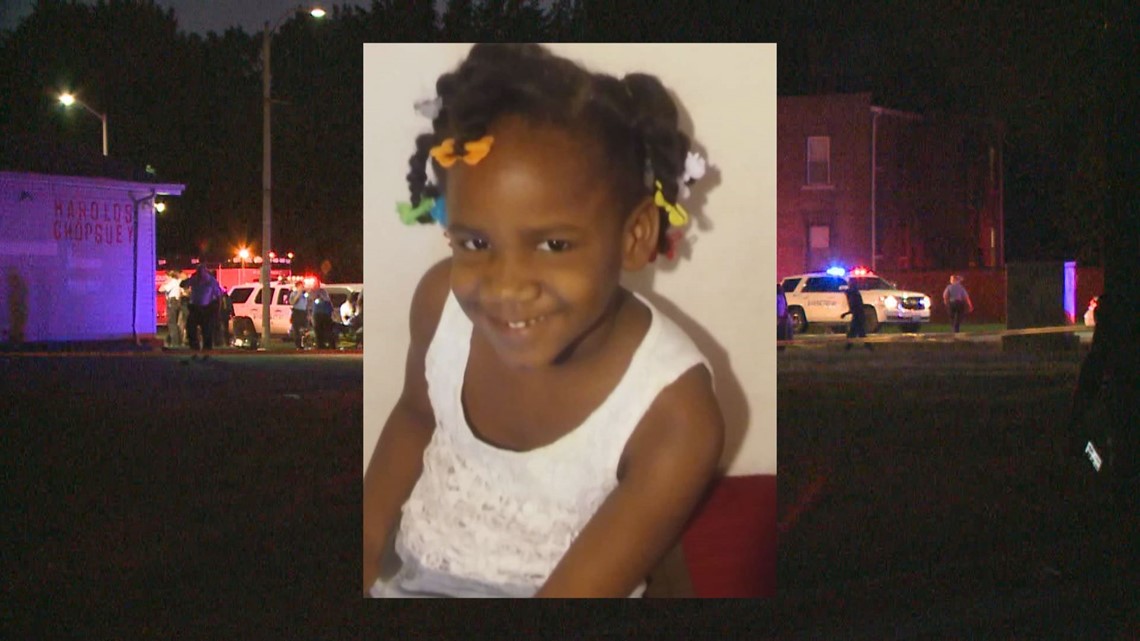 8-year-old Jurnee Thompson's life cut short by shooting at football jamboree
ST. LOUIS - As the old saying goes, life is a Journey. "Jurnee was like a young woman with an old soul," said her father, who asked that his name not be publicized. Eight years old, to be exact.

It's the first step for these children to make progress. Their team at Crisis Nursery also works to help them remember what it means to be a child and to work out safety plans.

Brown said having an adult the child can trust is also vital.

She said she sees hope, even in a difficult year. Some of the artwork depicts challenges, but hope that better days lie ahead. And Brown said the picture the 4-year-old drew of his brother after a shooting shows the efforts to protect his sibling.

Over her 20 years at Crisis Nursery, she said they've helped lots of children. She said it takes lots of time. And she said she knows lots of work remains.

If you want to volunteer with the organization, click here.