A 16-year-old boy was shot in the leg and three others were killed in St. Louis. All of the victims who died had been shot while sitting in vehicles 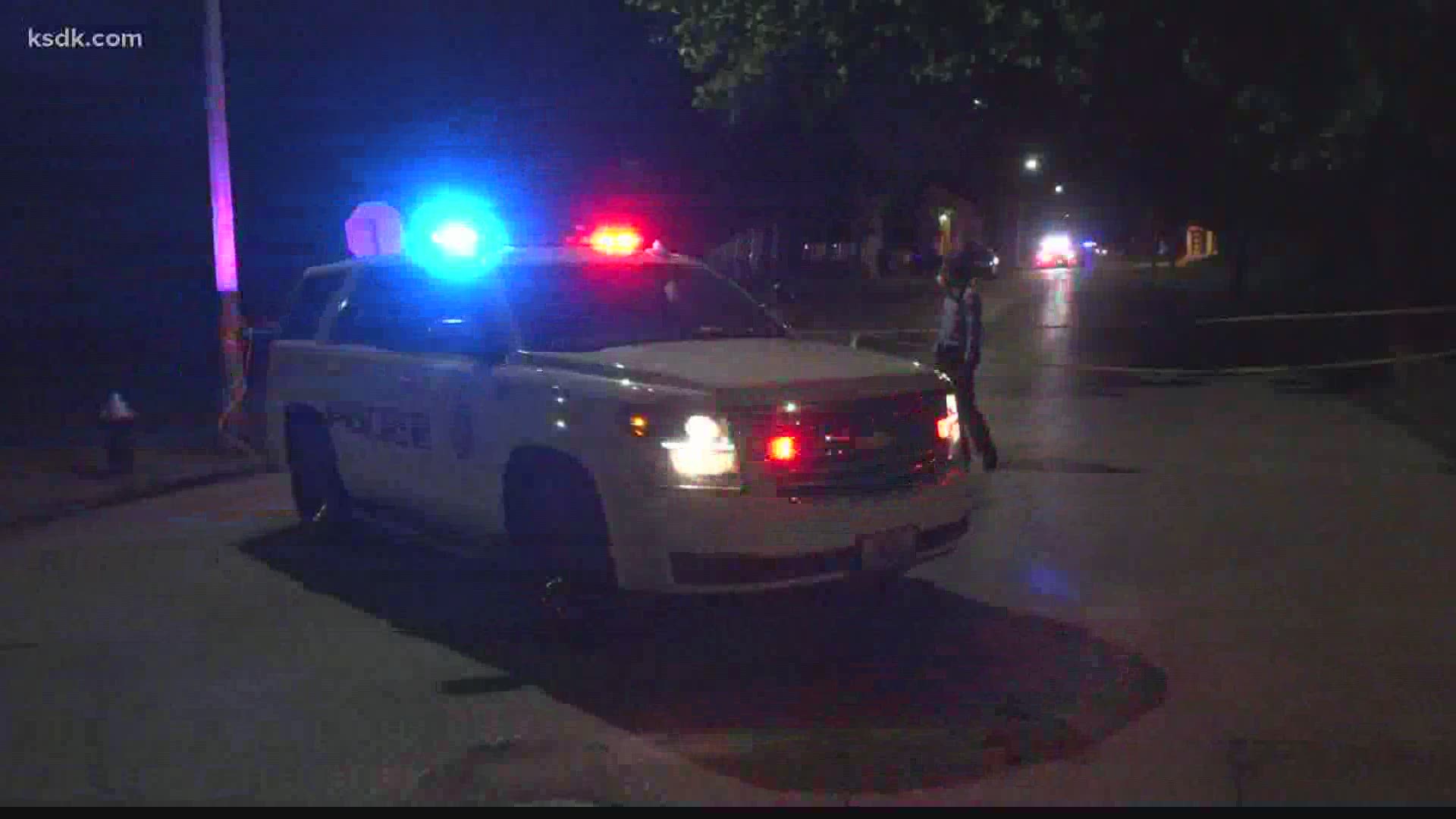 ST. LOUIS — Four people were shot within six hours overnight in St. Louis. The shootings left three of those victims dead. The other person who was shot is a 16-year-old boy.

Officers first responded at 10:20 p.m. to the 2500 block of Hodiamont Avenue, which is in the Wells-Goodfellow neighborhood. Three people had been shot.

A man and a woman – both 18 years old – were found shot inside a vehicle. The man died at the scene, police reported. The woman was rushed to a nearby hospital where she later passed away. Police identified them as Terrell Scott Jr. and Gerliah Dennis.

A 16-year-old boy was shot in the leg and taken to a hospital, police said. They did not have an update on his condition but said his vital signs were stable.

The homicide unit is handling the investigation.

Including the 16-year-old injured in this shooting, there have now been 95 children ages 17 and younger shot in the City of St. Louis in 2020. Of those shootings, 16 children have died.

About 1.5 miles away at 3:54 a.m., police responded to another shooting scene – this time at Union and Wells, which is on the edge of the Academy/Sherman Park and Hamilton Heights neighborhoods.

A man was found shot to death inside a truck that had crashed into a tree. He was identified as 75-year-old George Groves.

The homicide unit is handling the ongoing investigation.

Police have not released any further details on either incident at this time.