Man with gun orders customers to the ground, robs them at south city bar

The man had a heavily modified pistol and robbed customers inside Behrmann's Tavern in Dutchtown. 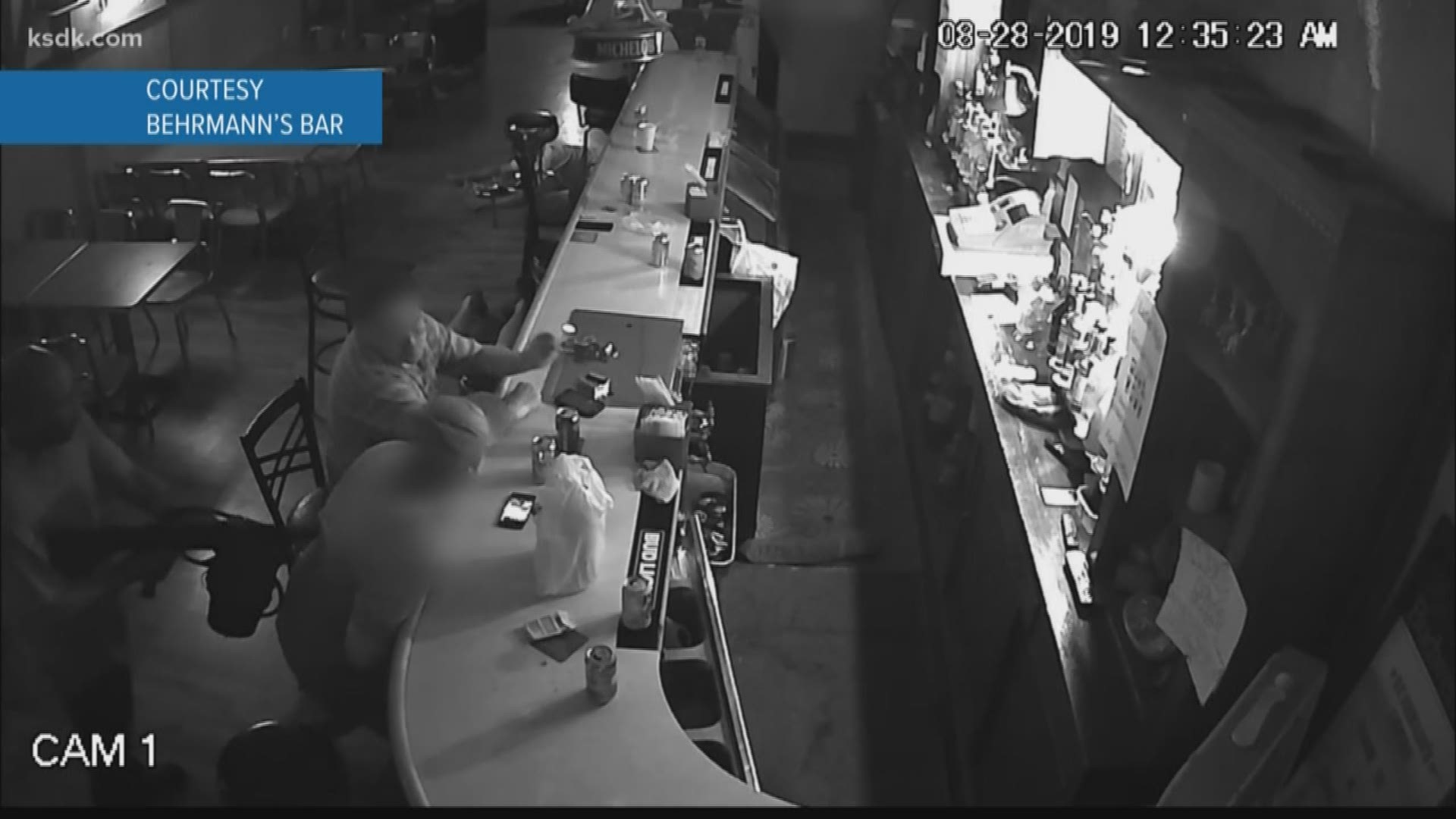 ST. LOUIS — Several customers inside a south St. Louis bar were robbed at gunpoint Wednesday morning by a man with a heavily modified pistol.

The man walked into Behrmann's Tavern in the 3100 block of Meramec Street just after midnight and demanded money, bartender Dustin Kruger said.

Dustin Krueger has only been working at Behrmann's bar for a week, but he'll never forget how he felt early Wednesday morning.

"Not incredibly comfortable or safe I mean this is my job and this is what I do so I've never really felt unsafe here," said Krueger.

The man, who police say was in his late 30s to mid-40s, was wearing a blue shirt and dark pants.

He can be seen walking around asking customers to take out their wallets and even pushing his gun into one man's back.

Several cell phones and other items were taken during the robbery, Kruger said.

The St. Louis Metropolitan Police Department said it hopes to have a description of the man to release sometime Wednesday.

The victims ranged in age from 35 years old to 56 years old.

Kruger said none of the customers in the tavern were injured.

John Kimack's family has owned the bar since the 80s, and it's been that long since something like this has happened.

"Get some help, from what the witnesses were saying he was on something, so I'd say get some help, try to get a job and get your life together this is no way to live your life," said Kimack.

After causing all that chaos the man only made out with a couple hundred bucks.