'After hindsight and recollection, I was in the wrong' | St. Louis officer testifies against colleagues 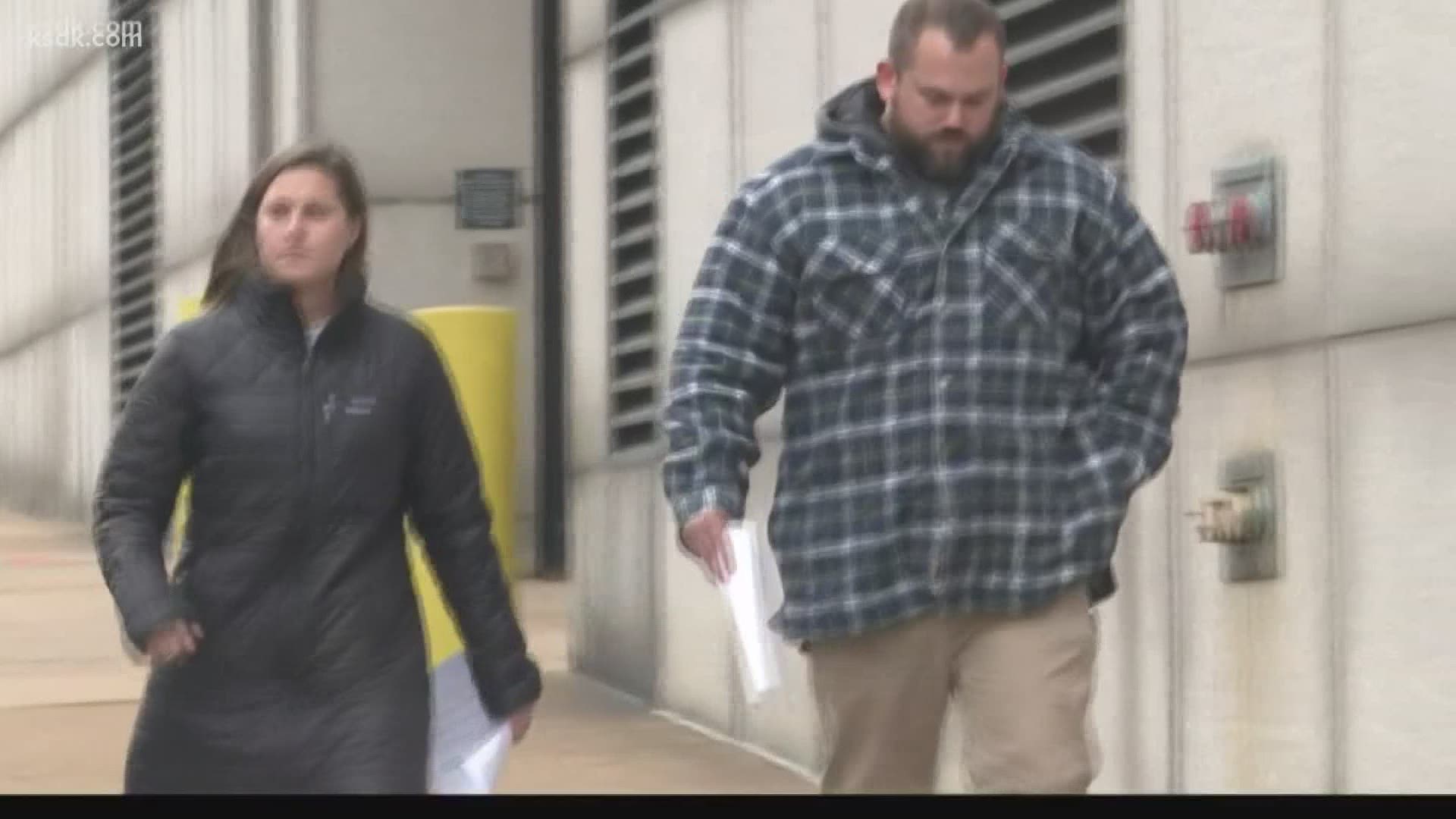 ST. LOUIS — One of five white St. Louis police officers accused of beating a Black undercover colleague during a 2017 protest took the stand Monday to testify against his former colleagues.

Former officer Randy Hays pleaded guilty in November to one felony count of deprivation of rights under color of law and admitted hitting officer Luther Hall three to five times with a baton and shoving him to the ground.

Hays’ girlfriend at the time, former Officer Bailey Colletta, also pleaded guilty for her role in the assault.

Two former officers, Dustin Boone and Christopher Myers, along with current officer Steven Korte, are on trial this week for their roles in the attack.

Prosecutors questioned Hays about text messages he exchanged with Boone the day after the assault, in which Hays told Boone he felt justified in his use of force that night because he believed Hall resisted and wrote if Hall had been just a protester, there “wouldn’t be a problem at all.”

Hays said Boone kept his knee on Hall’s shoulder during the arrest, and that he saw Korte kick Hall in the side of the face while he was lying face down on the pavement.

He also said Myers was about 15 feet in front of him as they approached Hall – a statement Myers’ attorney, Scott Rosenblum, seized upon, going frame-by-frame through pictures and video of the incident trying to get Hays to admit Myers wasn’t where Hays said he was.

At one point, Rosenblum asked why Hays signed a plea agreement under oath stating that the four aforementioned officers, which included Myers, Boone, Korte and Colletta, were involved in the assault.

“Why in a plea agreement are you making an accusation against Myers when a) You never saw it and b) you just acknowledged it's not correct?” Rosenblum asked.

“Myers was there,” Hays said.

“There was 100 other officers there,” Rosenblum said. “You just stated under oath he didn't have any role.”

“I don't remember what prompted that question,” Hays said.

“It’s not a question, it’s a sworn document,” Rosenblum said.

Rosenblum also noted inconsistencies in statements Hays made in his plea agreement and proffer, in which he stated he struck Hall in his right leg but signed other documents saying he struck him in his torso.

Rosenblum also questioned Hays about why he believed Hall resisted arrest but changed his mind when it came time to plead guilty.

“You stated Mr. Hall never resisted in this court, even though you previously stated he was, were you lying?” Rosenblum asked.

“So when you were stating he was not resisting to the FBI, were you just wrong?” Rosenblum asked.

“After hindsight and recollection, I was in the wrong,” Hays said.

After the lunch break, attorney John Rogers, who is representing Korte, also ripped into inconsistencies in the statements Hays gave to the FBI, his friends and what was written in his plea agreement.

Hays agreed that Rogers' assessment that the government interviewed 120 witnesses regarding the assault.

"Were you aware that you're the only human being on the planet to have witnessed Korte kick Luther Hall?" Rogers asked him.

"No," Hays said before prosecutors objected.

Rogers also said Hays is facing up to 10 years in the federal penitentiary, and asked if he knew his testimony in favor of the prosecution's theory could result in a letter from U.S. Attorneys urging leniency.

"I just wanted to get up here and tell the truth," Hays said.

When asked why his statements different, Hays said: "I told the truth to the best of my recollection at the time."

Hays said he saw Rogers' client, Korte, kick Hall in the face, but Rogers told the court Hall never said he had been kicked in the face.

"Just to be clear, you never saw Boone strike Hall with his fist, a night stick, a foot, in fact, you never saw him strike Luther Hall in any way whatsoever?" Kilgore asked.

On redirect, Costantin brought up the text messages between Boone and Hays.

"Did you refer to this at the time as an '(expletive) whooping' because you couldn't see his hands?" Costantin asked.

She also showed several pictures, noting how officers who were known to be present were not pictured, showing how not everyone is pictured at every second of the encounter.

She also asked Hays about a meeting at the electrician's hall the day after the assault in which a sergeant asked the officers involved in Hall's arrest to come forward, and Korte didn't join them.

"You testified that you struck Hall on his body," Costantin said.

"Is his leg part of his body?"

The day wrapped up when FBI Agent Uzoma Onwumere, who was a St. Louis police officer on the night in question, took the stand.

He said he focused solely on what Myers was doing during the assault.

This is an ongoing trial, check back for updates and follow 5 On Your Side's Christine Byers on her Twitter page here.