Hart is the world's highest-grossing comedian, but he has a couple demons in his closet. The six-part documentary covers his Oscars fiasco and infidelity extensively

In the first few minutes of the new Kevin Hart Netflix documentary -- which chronicles his rise to fame as well as his turbulent past year -- the highest-grossing comedian in the world interrupts the interviewer when asked about the Oscars fiasco that took place a little over a year ago. Hart's thinking here is that informing us about his past will help one understand his present predicament.

Indeed, "Kevin Hart: Don't F**k This Up" is designed to paint a fresh coat of likability around the well-known movie star/comic while offering fans a behind the scenes glimpse at his upbringing, production company, family, extended family and his current whirlwind life. A 24/7, 365-days-a-year experience that includes selling out the largest stadiums and arenas in the world while being a successful movie star.

There are six 30 minute episodes here, all covering different parts of his career, past and present. The hardcore fans will watch, but is it worth watching for everybody else?

Before I judge on that, let me tell you five things to know before deciding to select it.

Basically, don't expect a biting, objective glimpse of the superstar entertainer. He got to see the final edits and could have taken out a LOT of stuff the cameras picked up that didn't paint a flattering picture. We will never know what didn't make the cut, but we do know that this could be mistaken for a three-hour political campaign commercial. That's not a slam, but a reminder before you get mad there isn't more controversial material. Hart produced it.

4) The September car accident is not mentioned here

The car crash that saw Hart airlifted from the crash site to the hospital isn't covered in the documentary, most likely due to the fact that it happened just a few months ago. The ugly wreck messed up Hart's spine and has since seen him make a full recovery doesn't get mentioned here at all.

Nearly three episodes are dedicated to the controversies that unfolded over the past few years. In 2017, a sex video was leaked, showing Hart cheating on his current wife, Eniko Parrish. That is covered here, which shows Parrish in tears as she recounts finding out via a direct message on social media.

In December of 2018, Hart was announced as the host of the 2019 Academy Awards, but shortly afterward old homophobic tweets were unearthed, and the star ended up bowing out of the hosting gig. This makes for the rawest moments of the documentary, because Hart's management and publicity team didn't agree with his response. A retort that involved endlessly ill-advised tweets and Instagram posts. It was a humanizing moment for Hart that cost him a big gig and brought him lots of bad press -- and some blowback from his own crew. There's a sunny ending to the ordeal here, but then again, the team behind the documentary are Hart's people... so....

2) Hart's tumultuous relationship with his father, Henry, is covered extensively

While Hart constantly reminds the viewer that he doesn't hold any ill will towards his dad, who was often absent or battling drug and alcohol addiction for most of his life, that seems to be a big reason given here with regards to why he is the way he is. Daddy issues are nothing new with a human being, famous or ordinary, but that doesn't mean the touching moments with Hart's dad and his young kids don't connect. Whether we like it or not, our childhood and past do shape who we become in the future. But it doesn't give us superpowers on how to adapt. Hart is a product of his environment, and that works in his favor.

Chris Rock and Dave Chappelle are just a couple of the many cameos from well-known comedy stars as well as movie stars in this documentary. One guy who didn't make an appearance that I surely thought would: Dwayne "The Rock" Johnson. The two have become close friends since they started working on the "Jumanji" sequels, but the big guy is nowhere to be found here. However, seeing Hart and his fellow comics huddle up at a table at the Comedy Cellar in New York is a treat. This is where he is most at home.

There's a lot more. You see Hart's outrageously outgoing personality unleashed in good and bad ways, and you see his devotion to his team at work and at home. He's always got a phone in his hands and never stops moving. If you like going behind the scenes with celebrities, this is your must-watch. If you want some detailed reaction from closed doors in regards to the Oscars fiasco, that's here. If you want some humbling honesty, that sorta exists here. I don't think "Kevin Hart: Don't F**k This Up" will convert any of his critics, but I do think it will pull in some new fans.

Is it worth watching? Yes. At just over three hours, I do think it's worth a look because it will give you some context as to why he is the way he is. The great parts about him -- the rapid-fire wordplay, wild sense of humor -- can also be his weakness, and that's fascinating. I don't need all the answers with a guy like Kevin Hart. Just some idea. I got that by the end of episode 6.

There may or may not be a second season. We shall see.

Come back next week for the latest "5 things to know before you watch (blank)" on this 5 On Your Side entertainment news cyber desk. 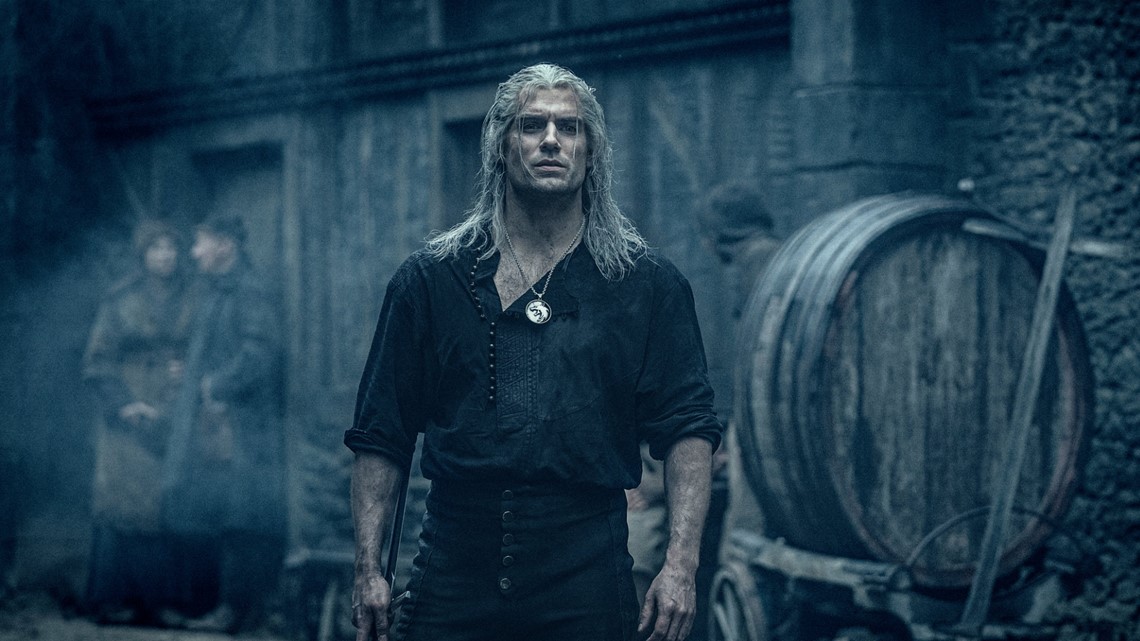 5 things to know about Netflix's 'The Witcher' before watching
If Netflix is good for one thing these days, it's putting out pieces of (more often exclusive) entertainment in front of our eyes on a daily basis. They started this streaming craze. It's not every Friday; try any day of the week. Right before Christmas, they released the first season of the highly anticipated medieval series, "The Witcher."

RELATED: Opinion | Best of 2019: How a little film with a big heart stole the top spot