5 things to know about Netflix's 'The Witcher' before watching

Did you know The Night King from "Game of Thrones" trained Henry Cavill for this role? Here's a few other fun facts about the popular new Netflix series

If Netflix is good for one thing these days, it's putting out pieces of (more often exclusive) entertainment in front of our eyes on a daily basis. They started this streaming craze. It's not every Friday; try any day of the week.

Right before Christmas, they released the first season of the highly anticipated medieval series, "The Witcher."

Starring Henry Cavill (mostly known for playing Superman around these parts), the show was adapted from Andrzej Sapkowski's graphic novel series by showrunner Lauren Schmidt. The story revolves around not only Cavill's Geralt of Rivia, but two other key characters as well: a hunchback turned Sorceress named Yennefer (Anya Chalotra), and a young princess named Ciri (Freya Allan). Geralt is a renowned and revered Witcher, aka the White wolf. A monster hunter who finds himself as a black sheep in most towns, he is tied, for better or worse, to the two women who will intercede on his journey of isolated righteousness.

Factor in kingdoms, gruesome battle sequences including plenty of sophisticated yet blunt swordplay, and "Game of Thrones'" style nudity and profanity-and you have "The Witcher." There's a series of highly popular video games dedicated to his character and story. If you are a gamer, "The Witcher" is like the medieval brother to "Hitman."

Now, it's not all simple living and loving, killing and betraying sword and sandal territory; there are some comprehensive elements to this series. If you go charging into this story like a man on a possessed horse, there's a good chance you'll be thrown from your horse early. Also, there are cool behind-the-scenes details that could either entice or enhance your pleasure while enjoying this show.

After Christmas dinner was digested, I binged this entire eight-episode season inside a couple of days. Through copious amounts of coffee and all the sour cream and onion chips located in this world, I got through the entire show and have a few things you should know before starting.

Schmidt made that clear in recent interviews, reminding watchers that they shouldn't expect controller-powered violence. It's a daunting task to bring the books to life. Trying to do justice to the words and the game at the same time would result in certain failure. A wise move from Schmidt, but still, beware video game enthusiasts.

4) Cavill does all of his own action/swordplay stunts

This is always a great thing to know with action-related series or movies. Knowing the guy up there throwing punches and swinging the blade is actually the star means an extra appreciation for the sequences. Cavill may have picked this up from "Mission: Impossible-Fallout" co-star Tom Cruise, or he may have wanted to do the character and story justice. After all, Cavill is an avid gamer and sought out the role passionately. A particular sword fight near the end of the pilot episode is thrilling and well-choreographed, solidifying Cavill's hard work.

3) Cavill was trained by The Night King himself

Vladimir Furdik, the legendary stuntman and coordinator, portrayed the infamous villain from HBO's hit series. He knows his way around a sword fight, so hearing him rave about Cavill's ability was good to hear. Furdik comes off like an honest man who could trick his way through standard answers like "he put in the work" or "he carried himself well for a big guy." Instead, he had exemplary things to say about the British actor, who stays in shape but trained with a sword in his hand for up to eight hours a day.

Here's what Furdik had to say about Cavill: "He is excellent, without him they wouldn’t be able to do it, I can guarantee that. I don’t know any actors who are that good with a sword and fight scenes overall as Henry is."

2) People who didn't read the books may be confused

"The Witcher" runs smooth and normally for less than two episodes, ladies and gentlemen. That is when the show starts incorporating flashbacks into the proceedings, but here's the thing: they don't state on the screen that it's a flashback, and the age/appearance of the characters doesn't change. For example, a scene will finish Geralt surviving a battle and then go into a scene with him looking sharp as a whip sharing a scene with a Queen who died two episodes ago. You'll be thrown for a loop.

Unless you read the source material, this first season will require full concentration.

1) The title character is actually a supporting player this season

If you are hoping to see Cavill every minute and everywhere, store those wishes somewhere else. He's not a clear-cut supporting character, but he's not exactly a lead one either. You'll see him slay a beast, bed a woman, stroke a few expressions and then disappear for 15-20 minutes. Some episodes feature more of him than others, but Geralt is merely one of three tales being spun this time. A show titled "The Witcher" should have more of the actual Witcher. In the finale, Cavill is barely in it. That should change in Season 2.

And more are coming. A second season was greenlit before an episode aired, starting production in a matter of weeks. This week, a third season was greenlit. There are eight books to convert, so the show continues to set records at Netflix, expect more episodes.

While the story structure is confusing and the focus needs to be honed in Season 2, "The Witcher" is entertaining and holds your attention. It rarely gets boring. A show involving so much carnage and otherworldly characters shouldn't make you sleepy.

Cavill is riveting and utterly convincing as Gerald. He holds the screen very well, which is why I want more of him next time. While some will know him for a DC hero, I think this guy has his best work ahead of him. "The Witcher" is proof of that, a dense story that Cavill dominates.

Is this show binge-worthy? Yes.

Hopefully, I helped you find the yes or no button with this new series. Come back in the future for more breakdowns and pre-binge material. 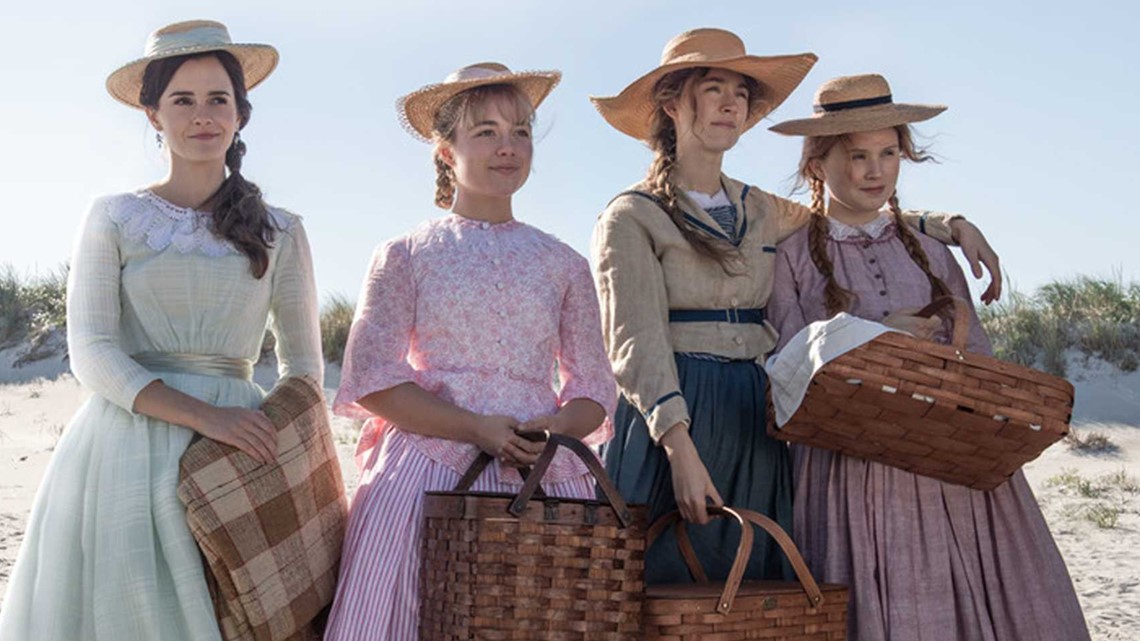 Review | Greta Gerwig's enchanting 'Little Women' spins a fresh take on a classic tale
Jo March (Saoirse Ronan) wanted to make her own way in the world, even if at every turn, people told her that wasn't possible. A talented writer and devoted sister/daughter, Jo was determined to not just be another soul drifting around the world.