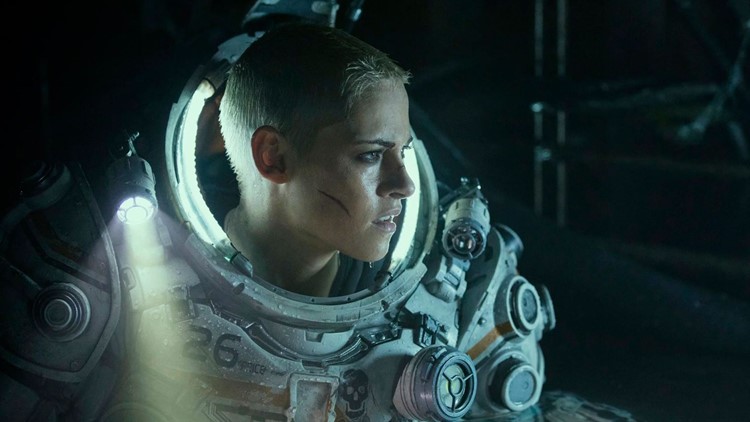 Review | Tedious 'Underwater' is a trashy attempt at an 'Aliens' tribute

ST. LOUIS — Norah (Kristen Stewart) is a deep thinker, the kind of person who ruminates about the meaning of life even while brushing her teeth. An aquatic researcher stuck nearly seven miles below the surface after an earthquake shatters her laboratory, Norah must use her problem-solving skills and survival instincts to save her crew and find the light of day.

I spent the majority of "Underwater" confused as ever, leaving with a headache and wondering why this film ever existed.

I'm not sure who signed off on the sound editing and visual effects for this film, but I'll place the blame on the director, William Eubank. Brian Duffield and Adam Cozad's script carries initial intrigue, but fizzles after that opening bell. If you've seen a handful of science fiction thrillers involving a human crew that gets picked off one by one, you'll recognize plenty in "Underwater," a trashy attempt at an "Aliens" tribute band performance. I'm not spoiling anything when I say these people don't die from drowning or improper swimming methods.

There are some beautiful shots and a few well-crafted "moments" here, but overall, the film leaves you feeling claustrophobic due to being unable to see what is happening to the characters and what is being said. When Stewart's Norah isn't scampering around half-naked trying to sustain life, she's busy looking around a lot and turning quick, sudden turns enliven the audience. It doesn't work. Stewart has been great in films like "Personal Shopper," but she's up to her old nervous ticks and quirks here. When she feverishly moves her face around into a dazed frenzy over and over again. She's talented yet wasted for the most part here.

The supporting cast isn't bad, meaning while they aren't miscast, no one leaves a dent. With a script this hollow and mundane, a good performance would have been as easy as outrunning a water monster with low oxygen. Vincent Cassell's bullishly honorable captain isn't a snooze. Jessica Henwick's rookie crew member has a predictable path. T.J. Miller's comic relief here is extremely outdated. The film makes poor attempts at humor, crashing and burning leaving the real drama to feel less urgent.

It's a January release dump, basically. It's not driving with a terrible license, but no one should mistake this vehicle for being useful. A film that probably jumped off the page with enough intrigue and living inside a genre that never fails to churn out a similar product each year. The whole monsters against human wheel is burnt out. There are moments when you think it's turning the corner into something different, and then the film makes a U-turn into safer territory. I'd say it was meant to be a guilty pleasure, but I didn't feel that was the intent.

I'd rather see human beings be undone by their own frailty and environment, like Claire Denis explored in last year's superb yet forgotten "High Life." Stewart's ex-boyfriend, Robert Pattinson, breathed so much life into a role there. Here, she is left with nothing to do yet look frazzled and stunned.

"Underwater" is a rehash of older and better films. Maybe it could have been something more original or intriguing, but it settles on old tricks. Save it for a rainy late-night trip to Redbox.