Springfield is among several jurisdictions in the state that have begun requiring face coverings in many public places.

SPRINGFIELD, Mo. — A Springfield, Missouri, woman is suing the city over its decision to require face coverings, saying the health of others “is not my responsibility.”

Rachel Shelton is asking the court to temporarily stop an ordinance, and to rule that it violates her rights. The Springfield law follows a big spike in new confirmed cases of the coronavirus in southwestern Missouri and across the state.

Springfield, Missouri's third-largest city, is among several jurisdictions in the state that have begun requiring face coverings in many public places.

RELATED: Missouri lags behind with limited mask mandate in prisons

Confirmed COVID-19 cases have risen sharply since Republican Gov. Mike Parson allowed the state to reopen for business in mid-June. A new record for a single day was set Tuesday. That record was broken on Wednesday, and that record was topped Thursday when the state health department announced 1,637 new confirmed cases.

The state also has recorded 1,179 deaths since the pandemic began.

The number of infections is thought to be far higher because many people have not been tested, and studies suggest people can be infected with the virus without feeling sick.

Shelton's attorney, Kristi Fulnecky, said Springfield's ordinance violates Shelton’s right to privacy under the Fourth Amendment and freedom of expression and religion under the First Amendment because she “does not want to be required to wear face coverings during church worship” or in businesses.

The Springfield ordinance requires people older than 11 to wear a face covering at most businesses, entertainment venues, religious services and K-12 schools, with some exceptions.

Across Missouri, schools are deciding whether to hold in-person classes when students return to school. St. Louis County Executive Sam Page, a Democrat, has suggested that parents opt for virtual learning.

"As this trend is going it will be very difficult for schools to have anything other than an all virtual curriculum,” Page said at a news conference Friday. 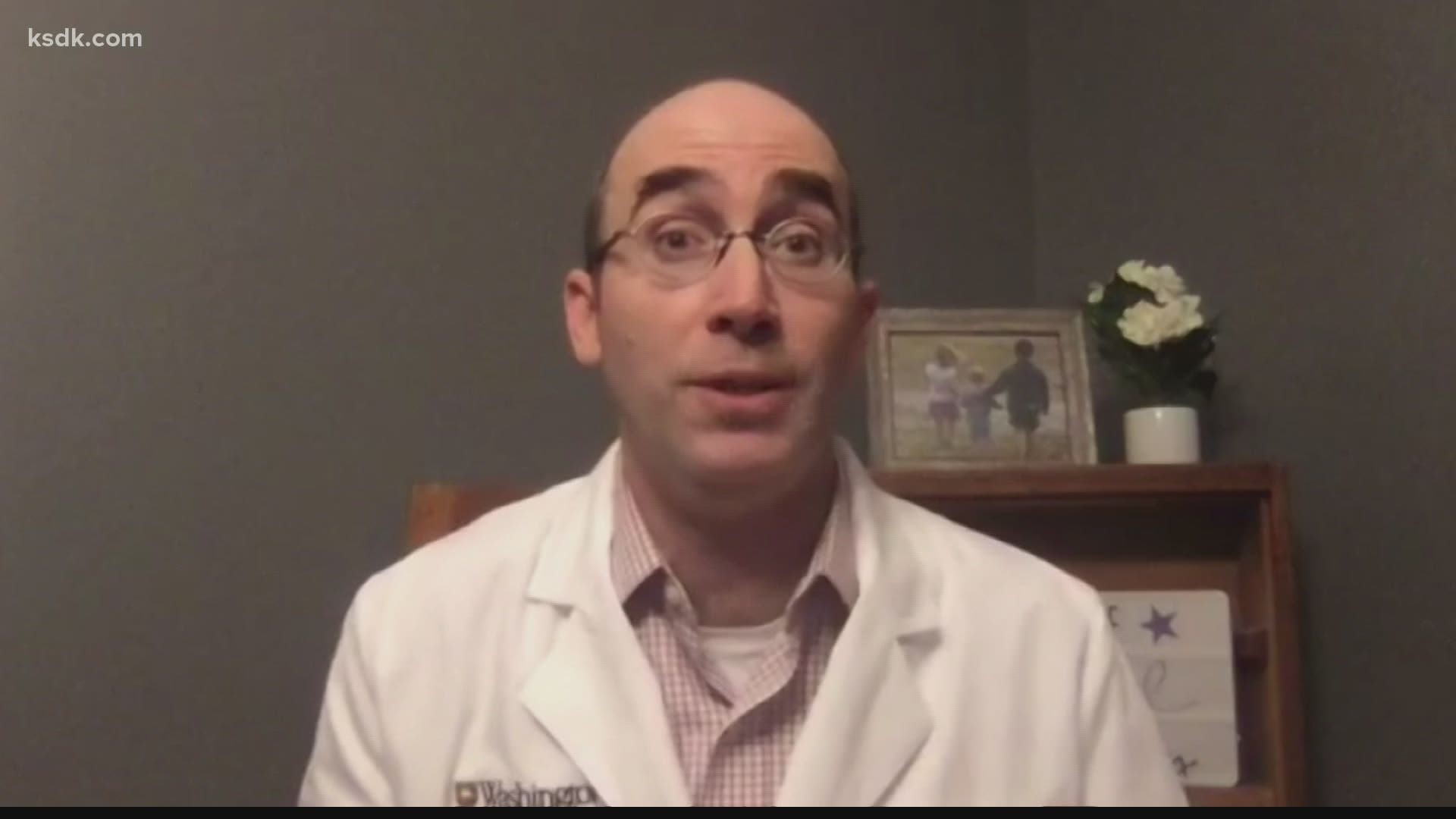