"I'm watching TV, and all of a sudden there's a scene change and there's naked people. There were naked ladies wrestling and then there was a naked man and woman exposing themselves." 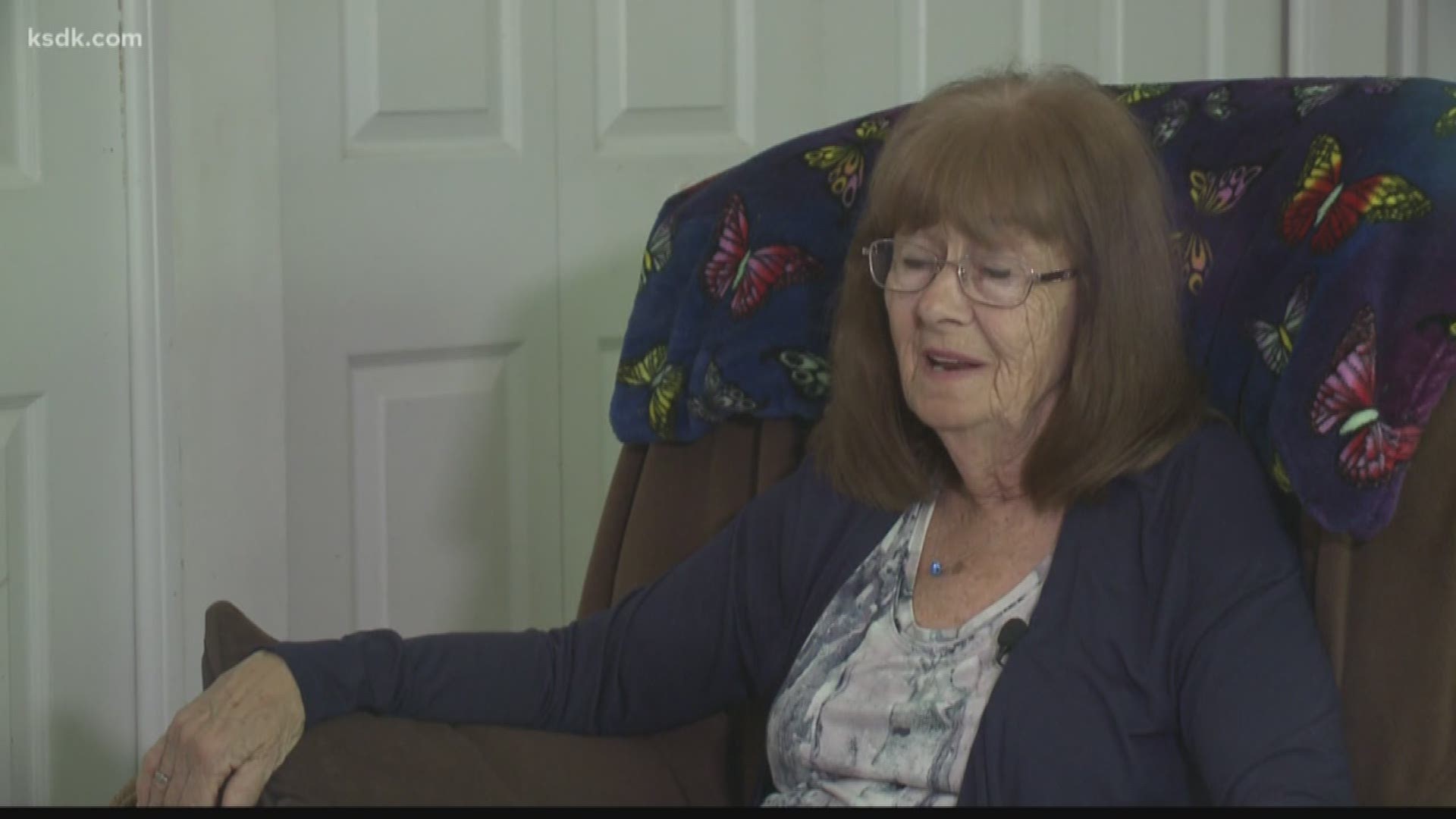 MARYLAND HEIGHTS, Mo. — Your home is your sanctuary, where you can control what you see and do. At least that's how it should be.

"I wish we could get Red Skelton back. He could make you laugh without anything bad," said Stuckman.

But Stuckman knows that era of innocence is over, so she's careful about what she tunes her TV into.

"Only PG stuff. I love the Hallmark Channel, talent type shows, "The Voice", things like that," she said.

But six months ago, Stuckman said her TV took over.

"I'm watching TV, and all of a sudden there's a scene change and there's naked people. There were naked ladies wrestling and then there was a naked man and woman exposing themselves."

It's happened more than a dozen times since November.

Stuckman said she will be watching television when a pay-per-view message box pops up.

"I would get a screen that would say 'would you want to rent this movie'? Sometimes I could cancel it, but sometimes it would start to play.
it's very offensive," she said.

Perhaps even more offensive and worrying to Stuckman because although she lives alone, she regularly cares for her great-grandbaby.

"That should be against the law. To send something like that to your home."

"It's not a very common type of hack to see for sure," said Cliff Smith, an Ethical Hacker with Parameter Security.

After being reassured Stuckman wasn't just sitting on the remote, and no one else had access in her family had access to her account, we asked Smith to weigh in.

"If a hacker wanted to get to a set-top box, the easiest way to do it would be to send a phishing email or some other tool that would compromise a work station. An actual PC computer in that home network," said Smith.

But a far more likely scenario, Smith said, could be a lot lower tech.

"It is certainly conceivable that someone who thought they were being funny literally stood outside their house with a remote control connected to the set-top box and decided to play this sort of job on this woman."

"I think it must be connected to their software. I wish they would research it and take it seriously," said Stuckman.

She said when this all started, she asked DirecTV to block pay-per-view purchasing on her account. She said that didn't work.

She's also had her DirecTV receiver box replaced at least once since this began.

A spokesperson for AT&T, which owns DirecTV, said their president's office has opened an investigation into why this is happening. They've reached out to Stuckman to find a fix.

Smith said if you're having a similar issue, you may want to check the security of your internet router. Change the password on your wireless router and use the WPA2 security setting.

RELATED: They're required to fix up abandoned, blighted homes. So why isn't all the work getting done?