"Our obligations as public officials is to ensure equal justice and protection under the law for every person in St. Louis and that’s what I’m here to do," Bush said 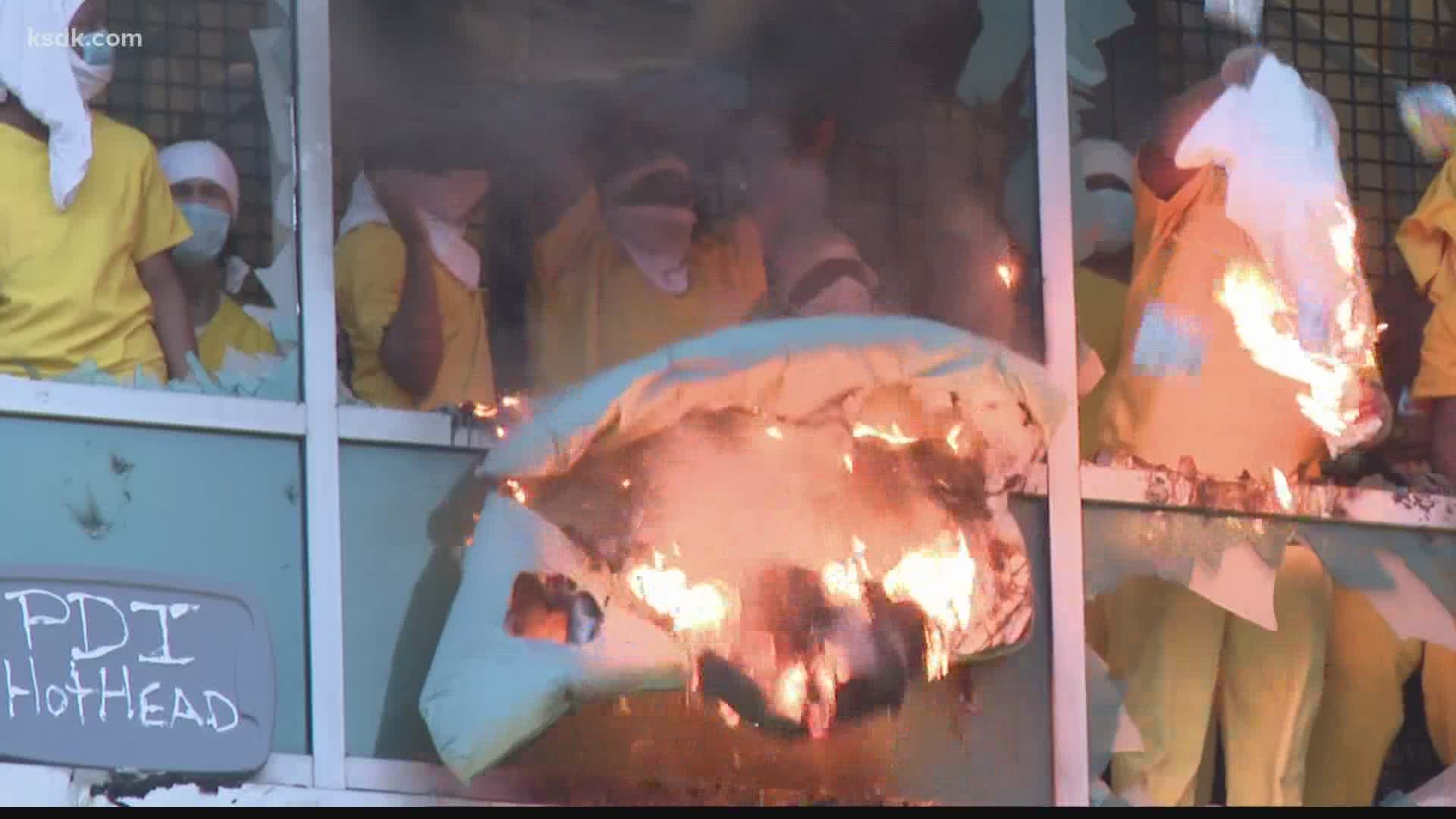 "For people to go through such lengths to get their voices heard... that is something that should make everyone pay attention," Congresswoman Cori Bush said.

"I knew that there had to be more to the story," she explained.

She told 5 On Your Side she asked city leaders to "publicly release COVID-19 testing and case rates, the use of segregation in solitary confinement, and the conditions of the jail. We are counting on the city to be more transparent."

Following Saturday's uprising at the City Justice Center, we need transparency from St. Louis City officials regarding the treatment and safety of our community members who are incarcerated at the facility.

She's put a deadline on a response for Feb. 15. Bush expects she'll get answers by then.

The congresswoman said she has spoken with Mayor Krewson and Commissioner Glass.

"The meeting was to talk about how we can work together. It was how we can partner, that we make sure that the people that are housed inside CJC and all throughout the area are being treated with dignity and respect," Bush added.

She said people have been calling her office complaining about the City Justice Center's conditions. That's why she's ready to step in to create solutions.

"Our obligations as public officials is to ensure equal justice and protection under the law for every person in St. Louis and that’s what I’m here to do," she said.

Aldridge is drafting legislation to create a nonpartisan and independent commission to have access to every correctional facility in the state.

"It would be a 10-person committee. Five Democrats and five Republicans would investigate different complaints," Aldridge told 5 On Your Side.

This group would be required to investigate a correctional facility if they get 10 similar claims.

Currently, the bill is in draft.

He too said he's been getting messages about the inhumane conditions inside CJC and the Workhouse.

A task force will review current conditions inside the City Justice Center.

It was chaired by former Missouri Supreme Court Chief Justice Michael Wolff. However, Mayor Krewson announced on Wednesday Wolff is stepping back. He said he's interested in working on long-term policy changes.

But she still has charged the task force to address the urgent issues at hand.