5 injured, 2 men charged after police pursuit ends in multi-car crash near I-270 in Florissant

FLORISSANT, Mo. — Two men have been charged after police said a police pursuit ended in a multi-car crash in Florissant Wednesday night.

Sebastian Knowles, 18, of St. Louis was charged with resisting arrest and second-degree assault. He was in the hospital Wednesday afternoon for injuries he received from the crash. Four others were injured.

On Saturday, 28-year-old Terrelle Pearson was charged with first-degree assault, armed criminal action, unlawful use of a weapon-shooting from a motor vehicle and unlawful possession of a firearm.

The St. Louis County Police Department said that the car was wanted for shooting at St. Louis police earlier in the evening.

At about 8 p.m., two plainclothes officers patrolling in an unmarked vehicle saw a black Mercedes driving erratically in the 5400 block of Emerson Avenue. At least one person fired shots from the car before it drove off, according to the St. Louis Metropolitan Police Department.

The officers weren't struck and didn't return fire, police said. They put out an aid call and the department broadcast a description of the car.

University City police later spotted the car and pursued it for a short time before losing sight of it.

The car kept driving onto westbound Interstate 270 and turned off its headlight and taillights, police said, weaving through the lanes at speeds of 120-130 mph.

The Mercedes got off the highway at the Graham and North Hanley exit. It then ran a red light and drove into the oncoming traffic lane, striking a Buick Rendezvous. The Buick flipped several times and struck a Toyota Camry stopped at the red light.

The driver of the Buick suffered a broken right femur and a fractured pelvis. Knowles and his passenger were also hospitalized, along with the two victims in the Camry.

Several St. Louis County police cruisers remained at the scene while the intersection was shut down for several hours overnight.

All lanes were back open early Thursday morning.

The St. Louis officers who were shot at are both 29 years old and have been with the department for 2.5 years and 3.6 years. 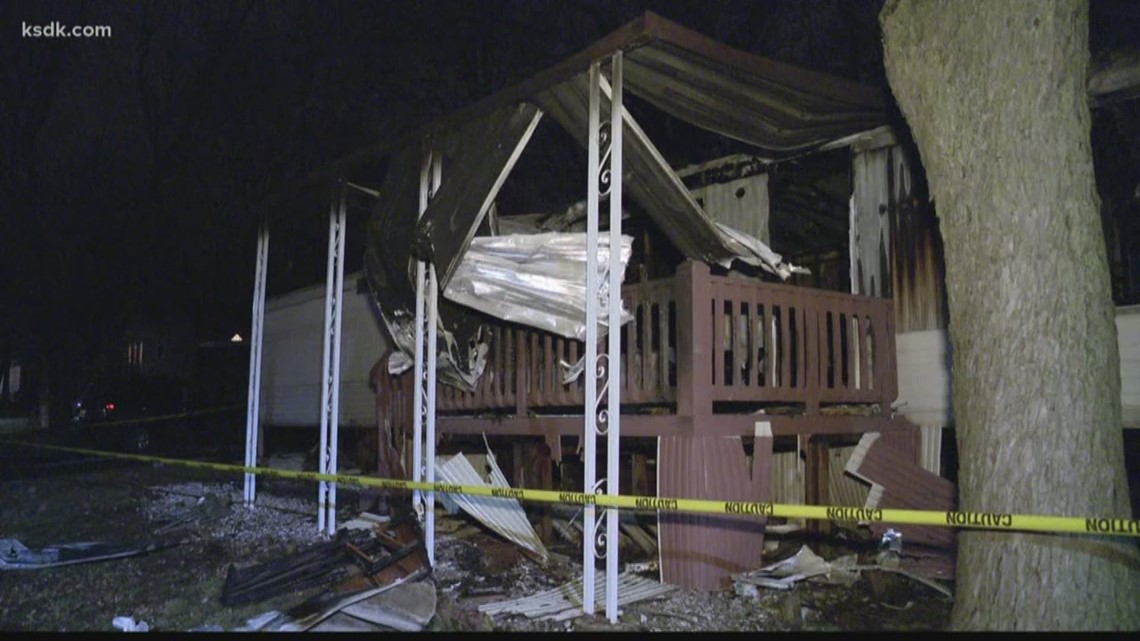