'If I have to condone dishonesty, it's not the right place for me' | Former O'Fallon, Missouri police chief on his abrupt resignation 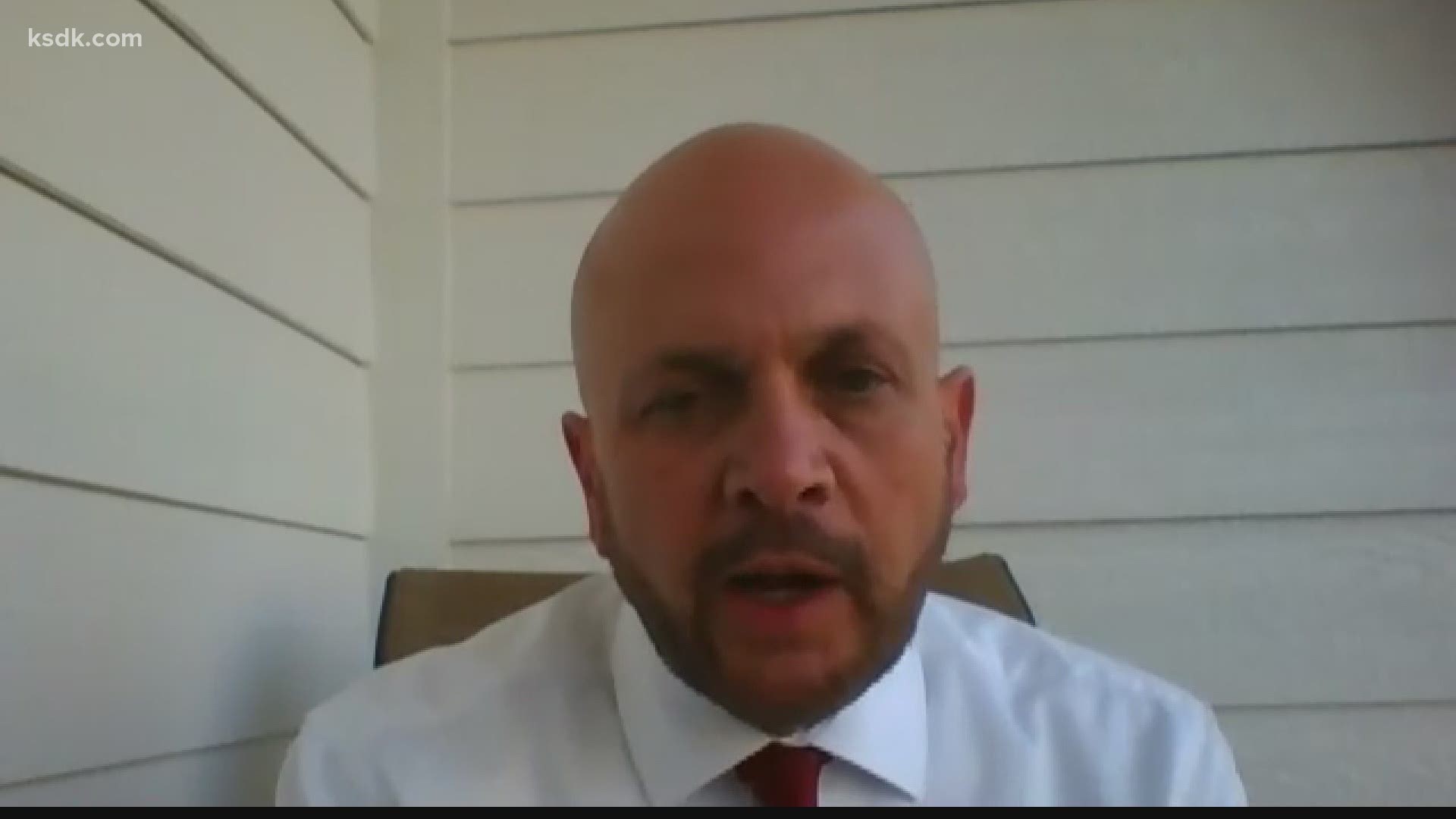 O'FALLON, Mo. — Tim Clothier says he was planning to be the O’Fallon, Missouri Police Chief for at least 10 years.

But, in October, he resigned after only 18 months on the job.

His abrupt departure shook one of the largest police departments in the St. Louis region, which conducted a costly national search before naming him its new chief.

Since then, three more officers – including two-high ranking commanders – have either resigned or been placed on administrative leave.

In an exclusive interview with 5 On Your Side, Clothier said someone speaking on behalf of the City Council tied his hands when it came to disciplining an officer that Clothier said falsified military history on official department documents.

“The O’Fallon police department has a bunch of good officers, a bunch of good men and women, but there are a few that think integrity is not important,” Clothier said. “And for me not to be able to reprimand or handle those accordingly is absolutely crazy.

“Lacking integrity in law enforcement is just a no go. It's just cannot be condoned. That is the most important trait any officer has to have is their honesty and their integrity. If they don't have that, they’re really of no use to law enforcement.”

And a spokesman for the city said it could not comment on personnel matters.

“If I don't have the support of the Council to address the minor things that are going on within the organization, I didn't want to be there when a major incident happened and not have their support,” Clothier said.

Clothier told St. Charles County Prosecutor Tim Lohmar about his concerns before he resigned, believing the officer’s alleged misconduct could land him on a Brady list. It’s a list of officers with potential credibility issues prosecutors must disclose to defense attorneys.

According to an email obtained by 5 On Your Side, Lohmar asked Clothier’s replacement, Interim Chief Philip Dupuis, for “Assistance in providing me formal correspondence outlining the nature of the allegations against (the officer), but only if you believe those allegations rise to the level of Brady material.”

Clothier said if Lohmar hadn’t followed up, “This secret would probably still be swept under the rug if it were left up to the City of O'Fallon to investigate.”

But the city did investigate.

5 On Your Side obtained a memo that went to the officer in question dated Oct. 21 – the day before Lohmar sent his email to the interim chief.

It read, in part, “After reviewing copies of your original application and consulting with a military expert, the independent review corroborated … that you did not intentionally provide any information … that rose to the level of misrepresentation of fact with regards to your military history that was in turn material to your qualification for hire as a city employee.”

“It was never about the job application,” Clothier said, adding that the documents in question had to do with a career opportunity.

The officer in question has since resigned.

Others are missing from headquarters, too.

For now, at least.

Maj. Kyle Kelley and Capt. Jeffrey Gray were escorted out of police headquarters Nov. 12, stripped of their badges and guns, and put on administrative leave with pay, according to their attorney, John Lynch.

“They were treated like criminals for filing a complaint against the Interim Chief,” he said.

Lynch said his clients believe Dupuis asked lieutenants and sergeants to cast a no confidence vote against them.

“My guys understood that was the direction from city hall,” Lynch said. “My clients wouldn’t make that complaint if they didn’t feel it was meritorious.”

Lynch is also representing Gray in a character defamation lawsuit he filed against Clothier in September.

In it, Gray alleges it is Clothier who has the integrity problem after having asked an officer to make up lies about him following a disagreement Gray and Clothier had about the type of holsters officers should wear.

When the officer refused to do so, Clothier started making allegations about that officer’s military history, according to the suit.

Kelley and Gray also have a lawsuit pending against the city dating to 2018 in which they accuse the city, Mayor Bill Hennessy, former Chief Roy Joachimstaler and others in the city’s administration of discrimination and defamation.

A spokesman for the city said it could not comment on pending litigation.

In a press release dated Sept. 24 announcing Clothier’s resignation, Mayor Hennessy wrote: “The City Council and I are grateful to Chief Clothier for his efforts in leading the department for the past 18 months.”

Clothier said he believes the city is in good hands with the city’s mayor and city administrator.

And thinks his resignation did some good.

“I think that it has caused the city to, or created a need for the city, to look deeper into the police department, the issues,” he said.

He also thinks he’s more beneficial on the outside.

“If I have to condone dishonesty, it's not the right place for me,” Clothier said. “I've expressed this to some of the officers, I could be of more value from the outside.

“I'm not under the thumb of the city government. I can speak freely.”