'You know how much St. Louis means to me' | Karlie Kloss launches new season of Project Runway from her hometown

ST. LOUIS — St. Louis native Karlie Kloss was back in her hometown as she and the cast of Project Runway launched the show’s new season from St. Louis Thursday night.

They hosted a screening of the show at The Last Hotel, but not until after they met with local designers at the nearby St. Louis Fashion Fund.

"There are designers here that are working globally, and they’re based here, and I think that's such an amazing message,” Kloss said.

The St. Louis Fashion Fund is a design incubator on Washington Avenue.

"On a show like 'Project Runway' you live for the discovery of a new designer," co-founder Susan Sherman said. "And what we have here at the fashion fund are emerging designers,”

St. Louis designer Audra Noyes first met Kloss in Paris a decade ago at the start of both of their careers.

“It’s just a beautiful, rare opportunity,” she said, "to have them see what makes St. Louis so special and why the revitalization of a garment district here is something to support and invest in."

No one needs to convince Kloss that St. Louis is a special place.

"You know how much St. Louis means to me, so to have you guys here is the best,” she said to her Project Runway team.

Kloss gave the cast a tour of her hometown as soon as they landed -- her house, her childhood home and even her high school. The team planned to fly back to New York Thursday night, but not without eating Imo’s Pizza and Ted Drewes first, Kloss said.

"It's so special to see where Karlie came from. I see the charm now, I see where she gets it,” said cast member and journalist Elaine Welteroth.

The city is considering naming a piece of Washington Avenue 'Karlie Kloss Way' in the supermodel and entrepreneur's honor.

"It's surreal to even think that that's in the realm of possibility, especially in such an iconic city," Kloss said.

Watch 5 On Your Side's raw interview with the cast to hear them discuss everything from the allure of Imo’s Pizza to what to expect this season: 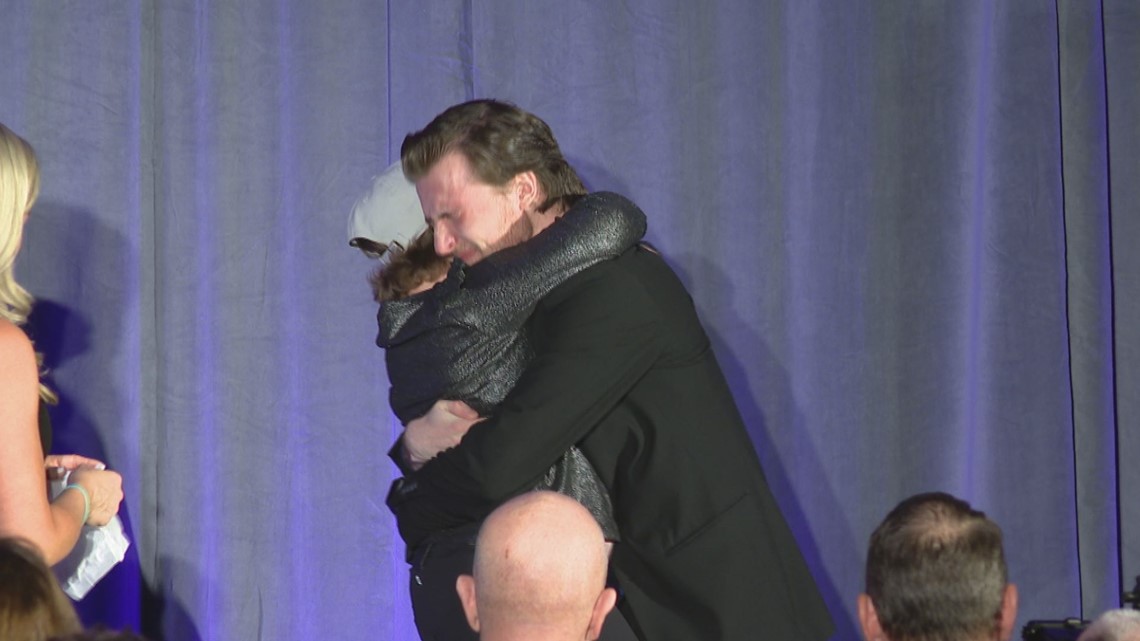 'You mean the world to me' | Laila Anderson meets her bone marrow donor
TOWN AND COUNTRY, Mo. - This time last year, Laila Anderson was battling a rare and potentially deadly auto-immune disease. Thursday night, for the very first time, she had the chance to give the donor who saved her life the biggest hug an 11-year-old could muster.