Ameren working to restore electricity to tens of thousands as areas were blacked out on both sides of I-64. 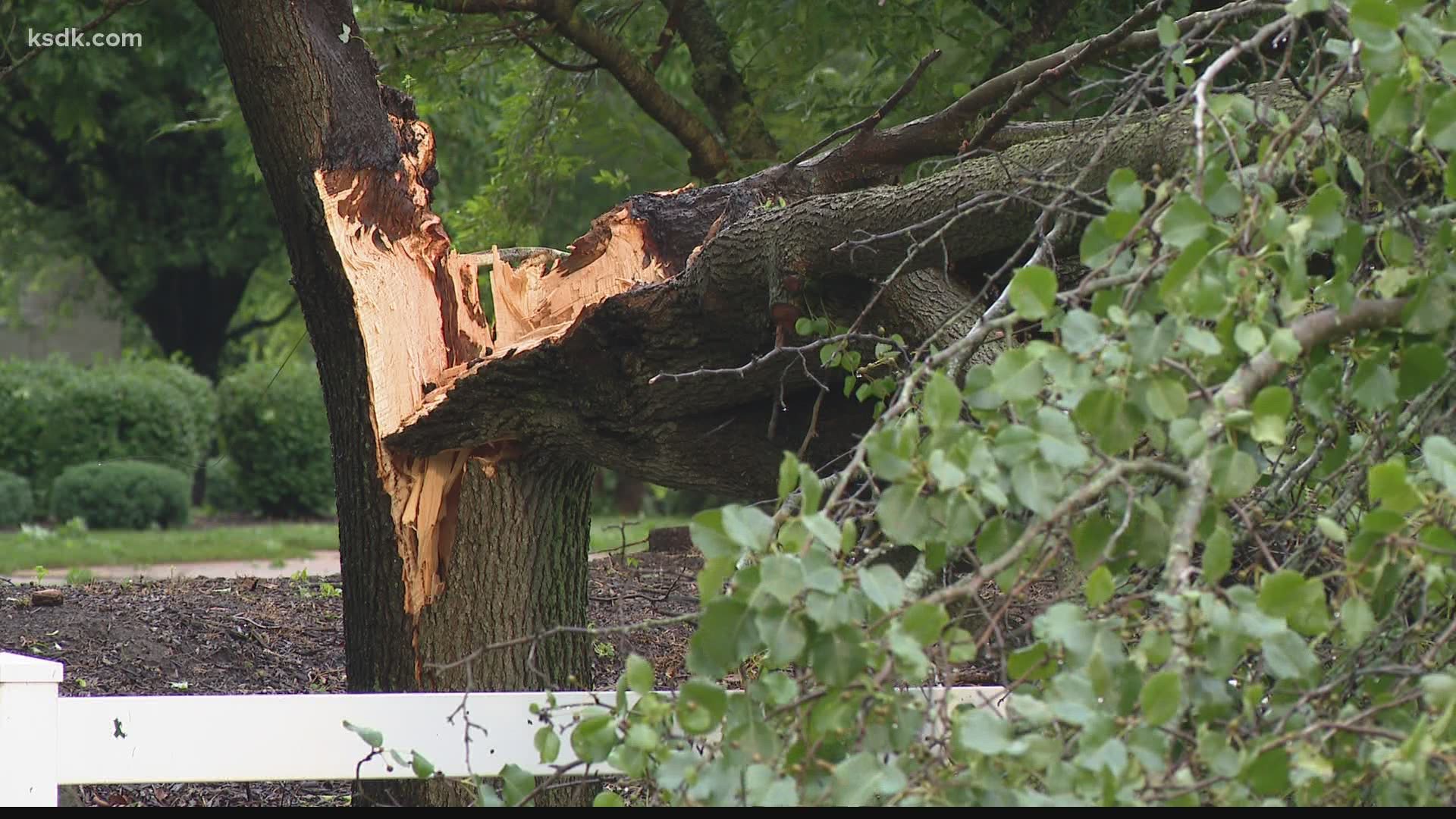 ST. LOUIS COUNTY, Mo. — Saturday night, tens of thousands of St. Louis and St. Charles County residents were without power, including almost all the businesses on both sides of I-64 in the Chesterfield Valley.

"Overnight, service was restored to approximately 25,000 Ameren Missouri customers following severe weather that caused widespread damage. Crews will continue to work through the day on repairs and restoring service. We appreciate our customers’ patience and understanding during this time."

Storms moved through the area Saturday afternoon and evening. They brought heavy rain and hail, along with intense winds in some areas. Police say several trees were knocked down, blocking roads and taking power lines down with them.

Ameren officials reported as many as 40,000 residents experienced power outages.

Ameren officials said crews were in the process of assessing damage and they asked customers for patience. MoDOT and the Missouri State Highway Patrol officials were working to clear and reopen streets that were blocked.

St. Peters officials said they were experiencing low water pressure in some parts of the city due to a power outage at a water facility. St. Peters officials were asking resident to conserve water, and a voluntary water-boil order was in effect through Monday afternoon, when it was lifted. The water conservation request is still in place until further notice.

Ameren also said, "Customers can check on the status of their restoration at Ameren.com or download the free Ameren app for updates. Please stay away from downed wires, and if you see a downed wire, please report it to us immediately by calling 800-552-7583.