Kim Gardner said she was held for more than 15 minutes, but police say video shows stop lasted about six minutes

ST. LOUIS — St. Louis Circuit Attorney Kim Gardner summoned one of her investigators during a recent traffic stop in St. Louis, and his actions that night could have justified an arrest, police said.

“We can not speak on why she believes the stop lasted longer than it did,” said Sgt. Keith Barret, St. Louis Police Department spokesman.

He continued, “I can tell you that an investigator from the Circuit Attorney’s Office did involve himself into the traffic investigation for which he could have been arrested for interfering with an investigation, but was not arrested.”

Barrett did not elaborate on what Gardner’s investigator did that could have warranted an arrest on the night in question, and said the matter is now under investigation.

5 On Your Side obtained a copy of the officer's statement, in which he said the stop happened on Dec. 23 at 5:51 p.m. after he saw Gardner's vehicle near Market Street and N. 17th Street.

In the statement, the officer wrote that Gardner's investigator asked him if he knew who Gardner was and asked if he was giving her a ticket.

Surveillance video shows the stop only lasted about six minutes, and that the stop happened Dec. 23 along Market Street in downtown St. Louis. Barrett said the officer pulled Gardner over because her headlights were off. He let her go with a verbal warning.

Gardner told CBS News last week that the officer held her for more than 15 minutes for “no reason,” and that the stop happened Dec. 24.

“I was stopped for no lights, but held for over 15 minutes, but I still don’t know the reason why,” she told the reporter. “But it’s OK. But those are intimidation tactics that are used to stop reform.”

She also told a local radio station that she had been held for more than 15 minutes.

Public Safety Director Jimmie Edwards declined to answer questions about Gardner’s allegations, saying only, “The surveillance tape is the best evidence of the traffic stop.”

Gardner talked about the encounter during a CBS News interview, in which she discussed a lawsuit she filed Jan. 13 against the city and the St. Louis Police Officers Association, specifically SLPOA Business Manager Jeff Roorda.

“He asked questions like, ‘What are you stopping her for?’ and ‘What do you think you’re doing?’” Roorda said.

The officer told his supervisors that he told Gardner the reason for the stop once he arrived at her driver’s side door and asked her for her license and proof of insurance.

“Immediately the driver stated, ‘This is a city vehicle,’” according to the officer’s statement.

The officer said he then looked at the license and realized the driver was Gardner. He went back to his car with her license, “with only the intention of properly completing my traffic analysis. Based on the driver being the Circuit Attorney for the City of St. Louis, at no time did I perform a computer inquiry of Gardner or her vehicle.”

While in his patrol car, the officer said a man wearing a St. Louis Police Department identification badge around his neck appeared from the left rear of his vehicle and stopped at his door.

“He then asked if I knew who the driver in the Escape was,” he wrote.

The man also asked why the officer stopped her, and added that she just had her car cleaned and the lights must have been left off.

“I get called whenever she gets pulled over or stopped by the police,” the man told the officer.

He also asked the officer if he was writing Gardner a ticket, and walked back to his car after the officer told her she would not be ticketed. He said he then finished his traffic analysis report – as is required by the state.

Gardner's Office issued a statement Tuesday reiterating that the length of the stop came from the police department and that it happened on Christmas Eve.

She added: "Circuit Attorney Kim Gardner disputes the facts shared by the police and police union in regards to being pulled over on December 24. The events of the night in question are worthy of serious attention, and as such, we will not address Mr. Roorda’s incorrect account of what transpired. We will note that Mr. Roorda’s dismissive attitude and willingness to publicly comment on such a matter without taking the time to gather credible information regarding the events is unfortunate. This serves as yet another example of the biased rhetoric that made legal action necessary against the SLPOA police union."

Gardner has not filed any complaints with the police department about the events that she said are "worthy of serious attention."

Roorda said he stands by his account of how the investigator treated the rookie cop, who didn't even know who Gardner was.

“She’s not even being specific about which fact is in dispute, so it’s like, ‘I lied, and guess which lie I’m lying about now,’” Roorda said.

The incident adds to the tension between Gardner and city and police leaders.

She called her lawsuit an unprecedented federal civil rights lawsuit, accusing the city, the local police union and others of a coordinated and racist conspiracy aimed at forcing her out of office. In the lawsuit, Gardner said she was elected on a platform of criminal justice reform and accused the defendants of illegal efforts to block that reform.

Gardner has clashed with police and city leaders for years. She put about 60 officers on an exclusion list and claimed the police chief refused to investigate an invasion of privacy case against the former Governor Eric Greitens.

Mayor Lyda Krewson’s spokesman, Jacob Long, issued a statement saying the city “vehemently denies” the allegations in the lawsuits and expects to be vindicated in court.

Roorda called it a “last act of a desperate woman.” 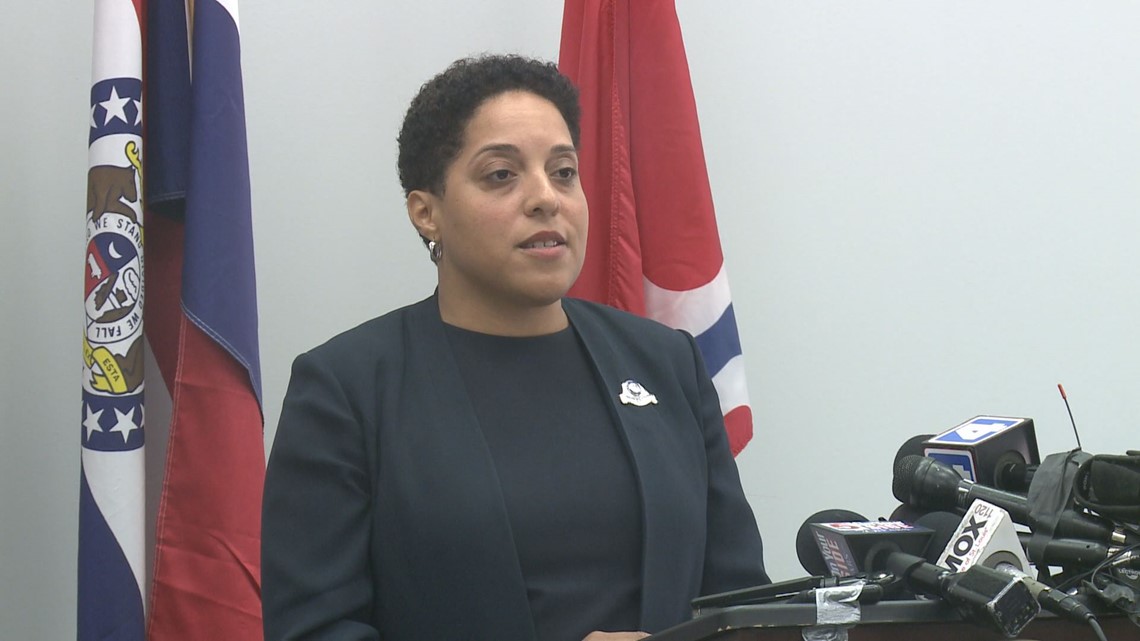 RELATED: Kim Gardner suing city, police union, others, accusing them of racist conspiracy to force her from office