Love is bound for UNC next season, but he made sure to finish his high school career in style 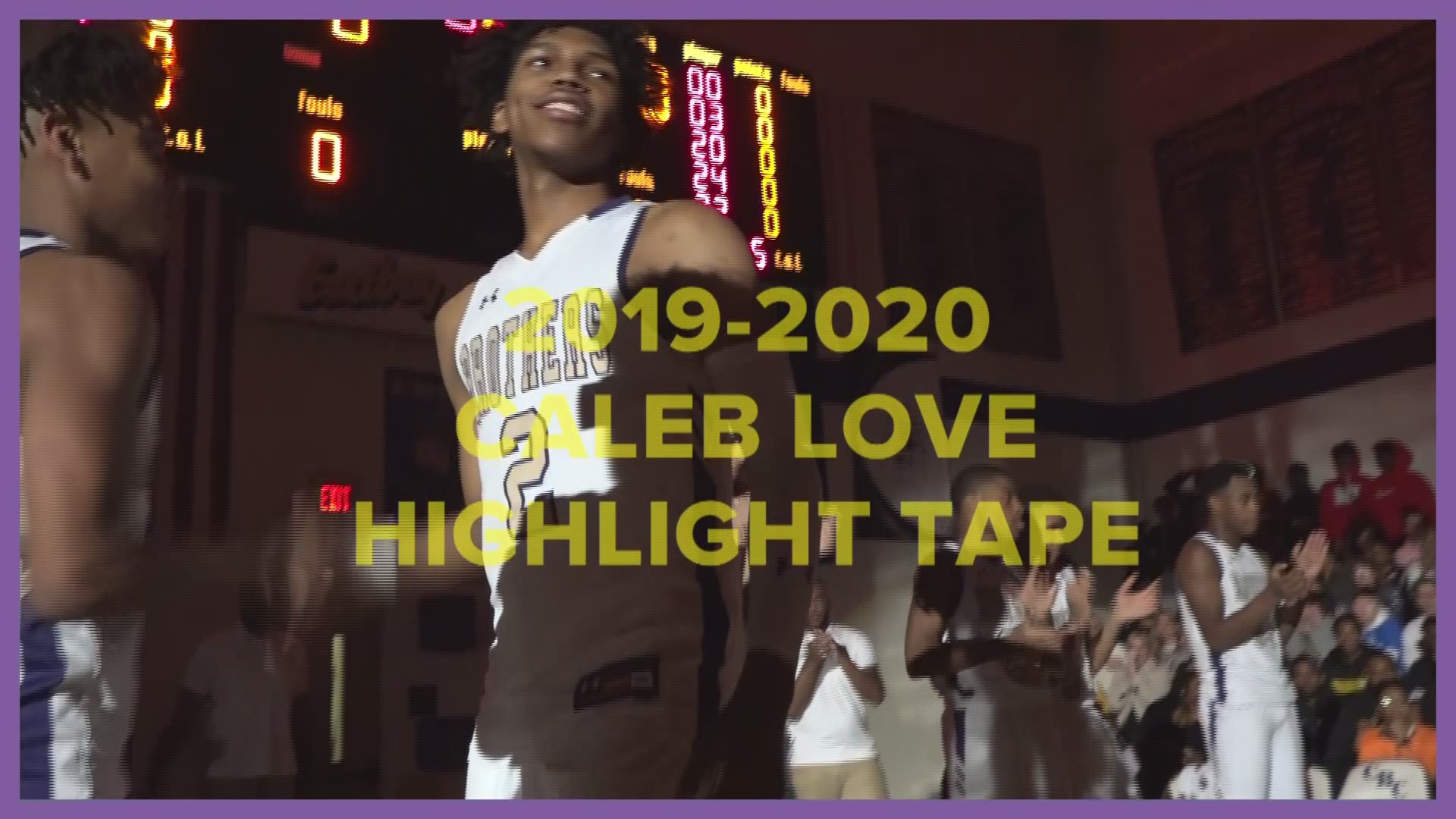 ST. LOUIS — The season may not have ended quite how Caleb Love and the CBC Cadets envisioned it, but the senior is still getting recognition for his incredible final high school campaign.

On Thursday, Love was named the Gatorade Player of the Year in Missouri for 2019-2020. The North Carolina bound guard averaged 26.3 points, 6.5 rebounds, 3.1 assists and 2.6 steals in 26 games this season and led CBC to the state's final four in class 5.

Earlier in the week, Love was also named "Mr. Show-Me Basketball" by the Missouri Basketball Coaches Association. His head coach, Justin Tatum, was also named the coach of the year in class 5.

Love has committed to play for coach Roy Williams and the North Carolina Tar Heels in college next year.