“I’ll remember the seniors and how they turned Kahok basketball back into a must-see event in our community,” head coach Darin Lee said 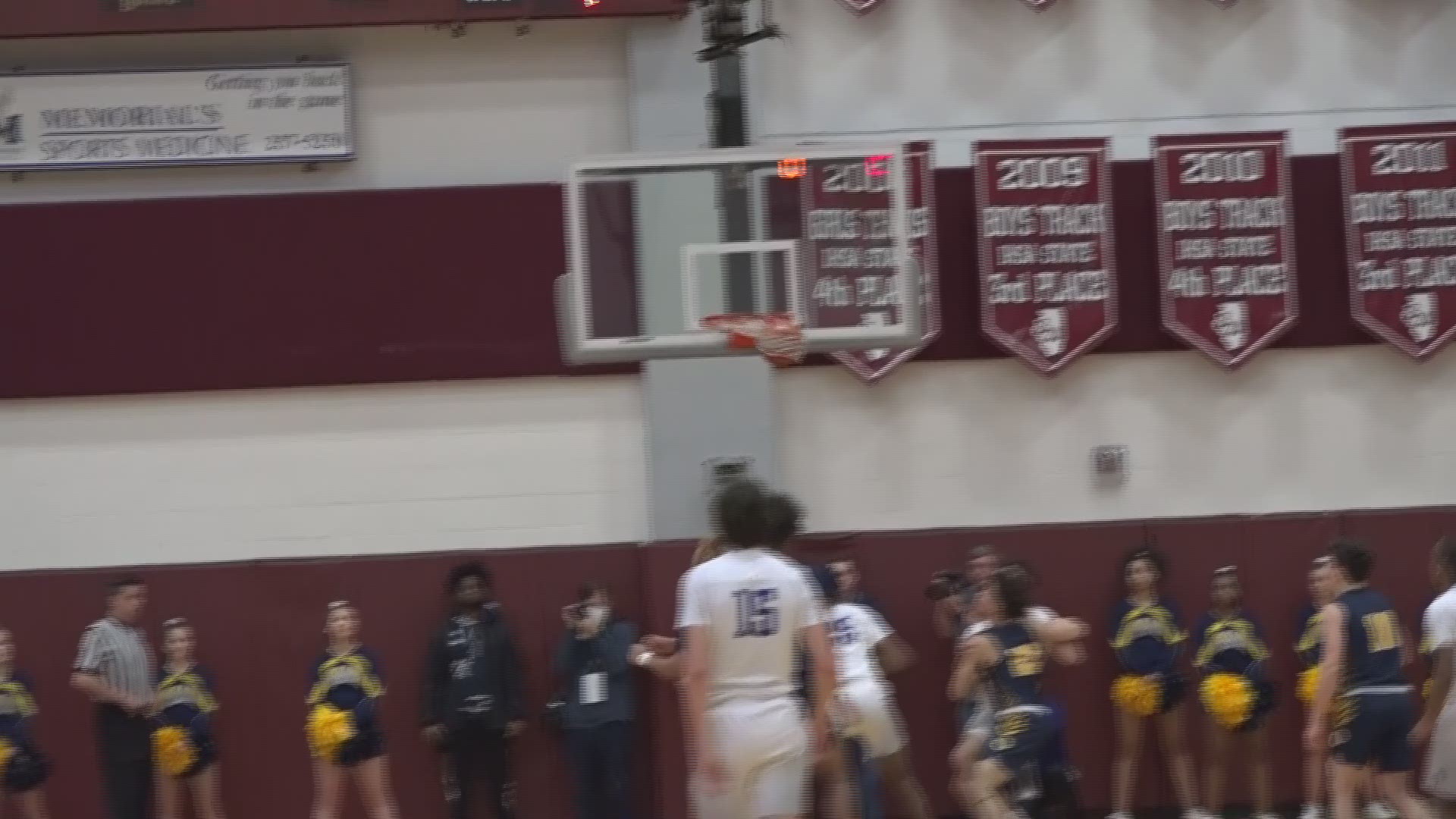 COLLINSVILLE, Ill. — When the 2019-2020 basketball season began, you could tell the Collinsville Kahoks had something special brewing.

After watching E.J. Liddell and Terrence Hargrove Jr. lead their teams to titles in the previous season, Ray’Sean Taylor knew it was his turn to put the team on his back and carry them to their first state title since 1965.

And you could tell he was determined to do so. Taylor helped lead the Kahoks to a 31-3 record, broke a school single-game scoring record with 53 points and cooked every opponent and team in sight.

Collinsville had won its first outright conference since 1996 and claimed its first IHSA regional crown in five years.

“In our conference, in our area, trying to advance is not an easy thing, this was our year,” head coach Darin Lee said.

The writing was on the wall, the Kahoks were two games away from the state tournament and four wins away from a state title.

Then the coronavirus pandemic swept through, canceling everything in sight, including the IHSA state championships and Collinsville’s dreams of winning another title.

“We had a super chance to advance a long way,” Lee said. “To not get that opportunity was very difficult to tell the kids.”

That news was especially painful for Taylor, someone who paid his dues.

“His career was one of the best in Kahok history,” Lee said.

"My mindset coming in was to win a state championship and I was hurt when it ended because I knew we had a legitimate chance to win it," Taylor said.

When he wasn’t giving out buckets or dishing out assists, Coach Lee said Taylor was always pushing his team to new heights at practice. He was a leader on and off the court, his work ethic was unmatched, it’s unfortunate this is how it had to end for him, Lee said.

“His skill, his ability to score the basketball, to get from one end to the other in transition it’s just something to see, I’ll never have another player that can finish and score like that I’m sure in my career,” Lee said.

And to the thousands of Kahok fans who showed up to support Taylor and their team on the road or at home, the support didn’t go unnoticed.

“We had in crowd numbers, double, triple the other fan bases with volume of the fans, it was just incredible,” Lee said. “I’ll remember the seniors how they turned Kahok basketball back into a must-see event with our community,” Lee said.

When fans look back at the 2019-2020 season, they’ll realize they had it good. They were entertained, they got to cheer a lot and they got to witness a lot of wins. This Collinsville team was as special as they come, it was just a terrible ending to something so special.

“I’ll also remember that we just didn’t get to finish what we started. That is a very bittersweet memory for me going forward and I’m sure I’ll probably never be able to get over it, but that’s just the way it is,” Lee said.

RELATED: The Collinsville Kahoks are wreaking havoc on the basketball court