Home dominance continues to propel Blues in drive to the playoffs 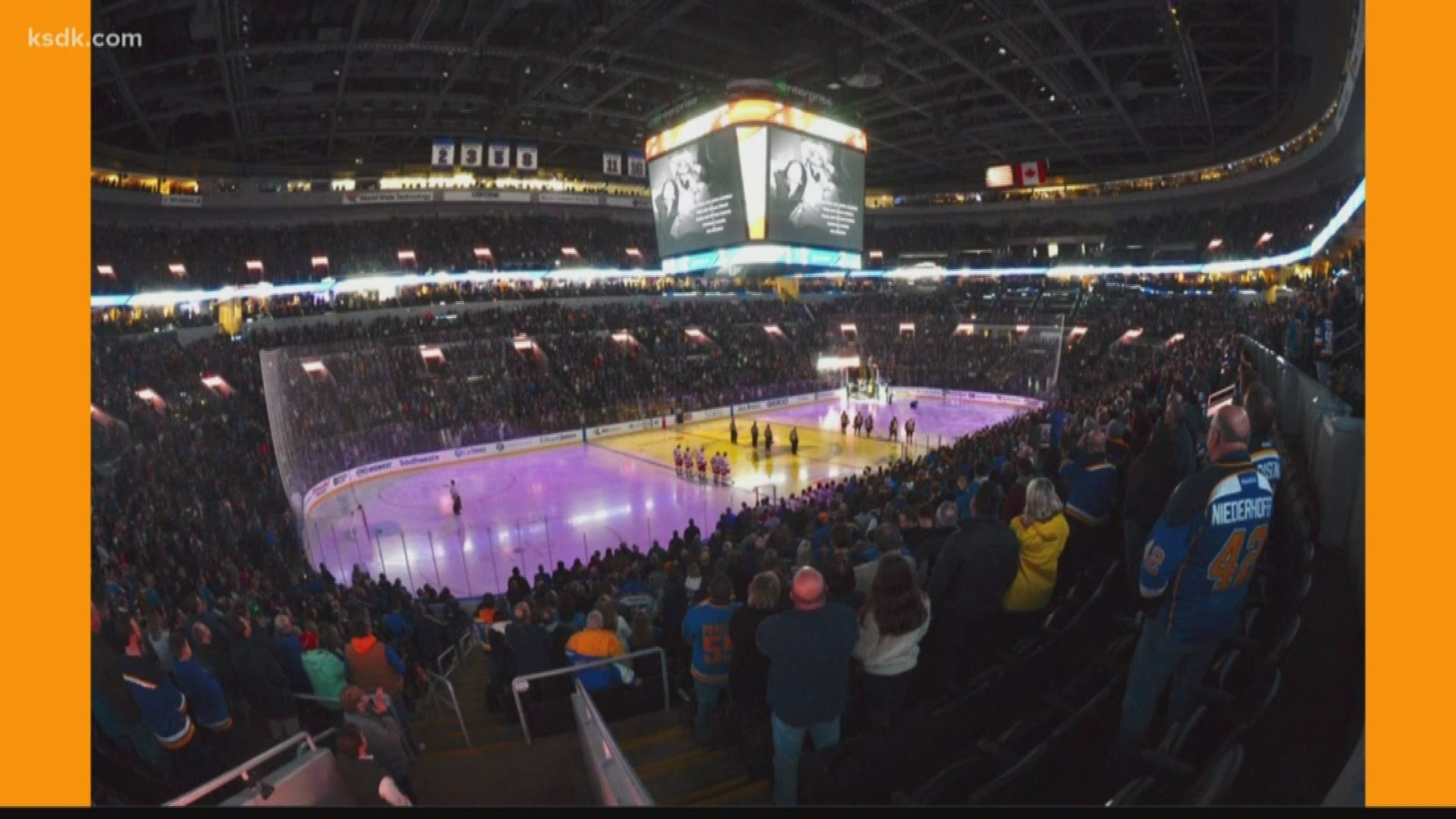 ST. LOUIS — There's an old saying that home is where the heart is.

For the Blues, the 2019-20 season at Enterprise Center has become once again a house of horrors for the opposition.

Limping home after a 1-3-0 Canadian road trip that gave them only one win in their past six games (1-4-1) and ran their suddenly vulnerable road record to 1-6-1 their past eight, the Blues are banking points in their comfort zone on home ice.

Whether it be against teams they should beat or some of the tougher squads around the league, the Blues are finding ways to get it done, and they did so again in a 6-3 whipping of the Joel Edmundson-led Carolina Hurricanes on Tuesday.

The win for the Blues was much-needed, to say the least, with the Dallas Stars and Colorado Avalanche starting to breathe down their necks. And it was also their 11th straight game with at least a point here (10-0-1).

"I think our starts have been much better at home than on the road," said Blues forward Zach Sanford, who had two goals for his first multi-goal game in the NHL. "It was kind of the opposite last year, we were really good on the road and kind of struggled at home. I think from the start of the year, we took a lot of pride in being a better home team and giving the fans something to be happy about and hopefully continue it the rest of this homestand."

They're not likely to break either of those records, but the pace they're on, this season's record here will go down among the best in franchise history.

"I think we're just excited to play in front of our fans," said Blues forward Sammy Blais, who got the scoring started in the first period Tuesday. "They've been there all season. They're cheering for us and they give us some energy."

The Blues lead the Western Conference in home wins with 18 and trail only Pittsburgh (19) for most in the NHL. As they continue to jockey for playoff position, the higher up they are in the standings, the better off the Blues feel they can be and make this one tough building to be in when the postseason rolls around.

It was a game in which Brayden Schenn reached the 20-goal marker for the fifth time in the past seven seasons with two goals and an assist, his first three-point game in 80 games (Feb. 2, 2019 against Columbus; three assists), Colton Parayko had a goal and an assist, and Jaden Schwartz and Jay Bouwmeester each had two assists. It was Bouwmeester's first two-point game of the season.

"We played pretty solid from start to finish," Schenn said. "Tonight obviously a big goal by 'Blaiser' to get us going. We seem to do pretty well when we get the first one and he was able to get an early one for us.

"Everyone chipped in tonight. It was nice to get two points."

Prior to the game, Edmundson received his Stanley Cup ring to a rousing ovation in front of his parents, Bob and Lois Edmundson, and it was presented by Al MacInnis and Blues captains Alex Pietrangelo, Alexander Steen and Vladimir Tarasenko.

Edmundson, who spent four seasons with the Blues after being picked in the second round of the 2011 NHL Draft and helped the Blues win their first Stanley Cup last season, skated to the Blues bench and fist-bumped his former teammates after hugs with Pietrangelo, Steen and Tarasenko.

"I didn't (expect that), but that was pretty cool," Sanford said of the fist bumps. "He was here for a while and he was tight with a lot of guys. I think it's cool for him to share that with us."

Edmundson was traded on Sept. 24 to the Hurricanes in a blockbuster that brought Justin Faulk, who had an assist in his first game against the team he played for for eight seasons, to the Blues.

"Eddy's one of my good friends," Blais said. "He's been really good for us. He won the Cup with us, so it was really nice for him. Everyone loved him. He was a big part of our team. We were sad to see him leave, but we're happy he found a new home in Carolina."