Why the Blues should make a push for Chris Kreider, but not sell the farm for him

The Blues have their sights set on another Stanley Cup. But should they look for some outside help to improve their chances? 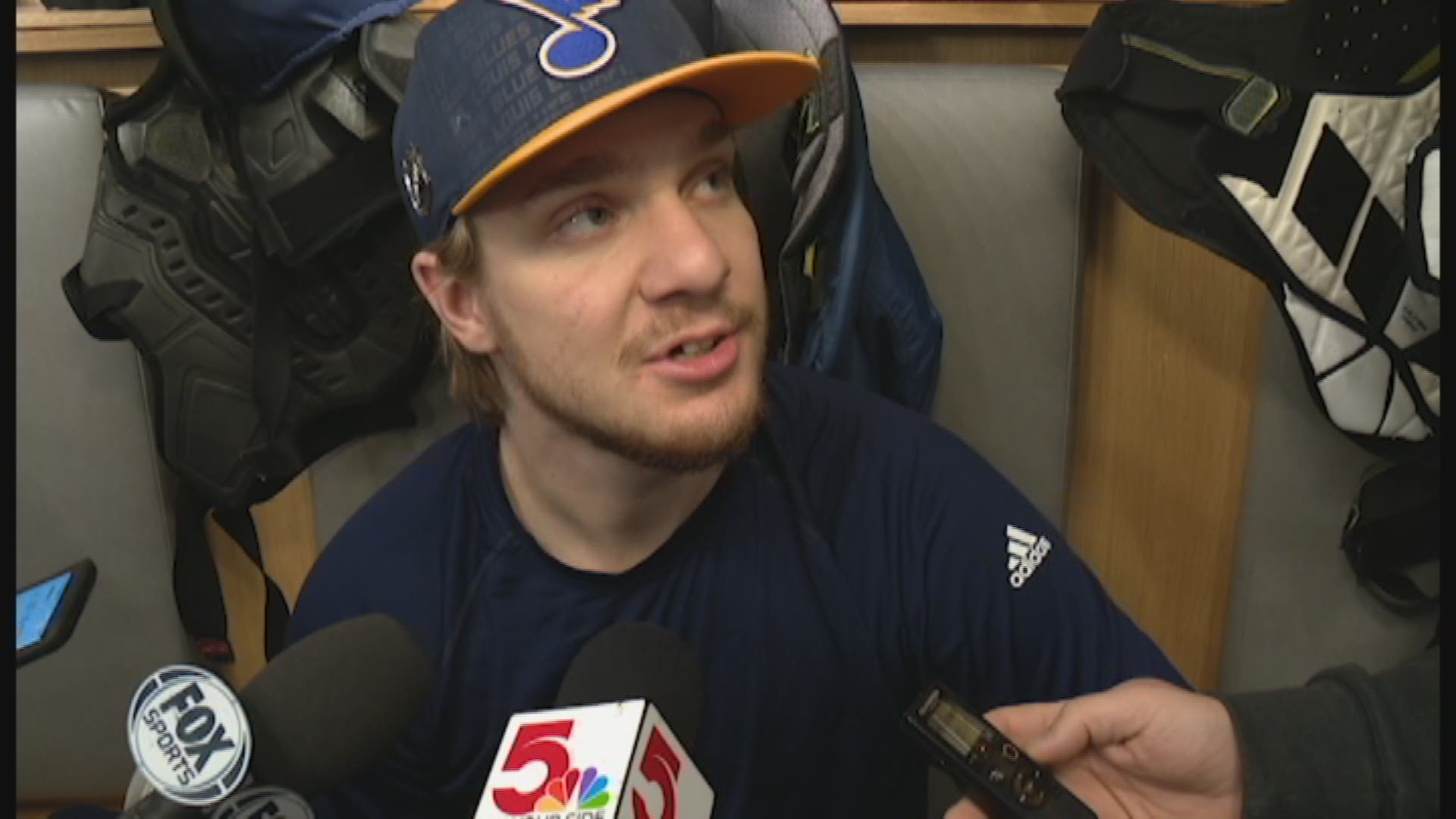 The St. Louis Blues experienced a euphoric rise over the course of the past year, but can they make the good times continue? Chris Kreider is one way to improve, but is he worth the risk? Let's talk about this team for a minute before we dive into that arena.

It was around a year ago that the Blues were in the midst of an 11 game winning streak that would send accelerate their road to the Stanley Cup and best party St. Louis has thrown in decades. They started off the 2019-20 season with a bang, rocketing to the top of the Western Conference and near the top of the NHL.

But since 2020 began, they have been a pair of tumbling dice, going 5-5-2 in their last 12 games. While that's not a bad record by any means, it's not what the Blues or their fans would deem acceptable. A predictable stumble for a team that didn't really get much of a break last summer, just hosted an All Star Game, and have been riding hard for a year. Every team eventually hits a rough patch, even the defending champs.

Now, with the trade deadline edging closer and closer, Doug Armstrong will have to decide whether or not to pull the trigger on a trade. The Blues can score, ranking right outside tops in the NHL in goals scored. They are adept at defense and goaltending, and share both stellar and just alright rankings on special teams (5th on power play, 15th in penalty killing).

But lately, they've sprang a leak on defense and their goaltending, particularly Jordan Binnington, have came back to Earth. They can score, but are also streaky with putting the puck in the net and are not particularly fast starters. They had a rough road trip, but still stand head and shoulders above the West, and now come home for three games.

But they can use an injection of some sorts on the ice. This is where people tell me Armstrong did nothing last February and look what happened. I'd tell those people to quiet down. This is NOT last year, so rethink that notion a bit. Every year presents different needs, hurdles, and tests of a team's resilience. The Blues are in need, but have a lurking question coming up: What is up with Vladimir Tarasenko?

The All Star forward is set for an examination of his injured shoulder on Feb. 15, where Armstrong and the doctors will determine if he is ready for advanced hockey action and can return sometime in March. That's the best case scenario; worst case is Tarasenko being out into mid-April, if at all. That would mean zero games to prep for the playoffs, which sounds dangerous. Teams will be sniffing blood on #91 and target him accordingly. So it's a tricky slope for the Blues to navigate. You don't want to lose him for a whole season, but can't rush him and put 2020-21 at risk for a playoff goal or two.

That check-up will inform Armstrong's plans a lot, but let's talk about Kreider anyway.

Like Taylor Hall, he will be a rental and a pricey one at that. The 28-year-old winger is up for free agency in July, and should cash in. He's on pace for another 28 goal season and 50 point season with the New York Rangers. He shoots a lot, is a big body at 6 foot 3 inches and 217 pounds, and is an asset on the power play. Kreider plays a lot of games and gives a team valuable minutes at each end, usually keeping a modest +/- rating. St. Louis hockey fans just got to see him at the All Star game and skills competition. He's a plus player, a force.

But a force like Kreider can cost a team. The Athletic's Hockey writer, Pierre LeBrun, predicted that the Blues could snag Kreider for Jordan Kyrou and St. Louis' 2020 first round pick. If you don't think that's pricey for two months of even a talent like Kreider, you're on another plain of thought than the rest of us.

Throw in the new wrinkle of Kreider's head injury suffered on Saturday against Detroit. While going down to the ice, Kreider was hit by the knee of another Rangers player trying to go over the winger. He missed Monday's game and is looking better for the next game, but who knows? Head injuries, specifically concussions, are a not an easy one look and done visit. They can linger and affect a guy's play. Kreider could take the ice and just not be 100% for a while. Do you want to bet the house on that? Nope.

If the price is Kyrou and a first round pick, I vote no for Kreider. While the Rangers are retaining salary, the Blues are gambling with a lot of their chips for a guy who would currently tie with Brayden Schenn for goals scored and fifth on the team in points. For the record, Kreider would also tie with Schenn for third on the team in power play goals.

That's too rich a price for even a guy like Kreider. LeBrun also noted that the Rangers would claim about half of the salary, but if the Blues are making a move like this, they have moved Tarasenko's salary to the Long Term Injured Reserve, and can eat the remaining portion of Kreider's $4.6 million cap hit quite easily.

If the Rangers were asking for Kyrou OR a first round pick, that would be different. Not both. If they want Kyrou and a second or third, the logic will start rushing back to the center of the brain. While we are talking about logic, please understand Armstrong would never do the LeBrun deal. He pulled off a similar bold move with the Ryan Miller trade, and that didn't pan out well, so he'll never do it again.

This has nothing to do with the fact that Armstrong recently told Kyrou to unpack his stuff and hang around St. Louis, signifying an end to his San Antonio minor league hockey days. General Managers can be your best friend and worst enemy inside a single season. That's not it. It's just not wise, even for a team like the Blues gunning for a repeat, to make that projected trade.

There are other quality players out there who will cost less and give this team a boost. Tyler Toffoli, Andreas Athanasiou, and Vladislav Namestnikov aren't Kreider-level per say, but could help the Blues produce four strong lines. According to The Athletic's Jeremy Rutherford, Athanasiou, a 25-year-old still in restricted free agent status this coming summer, could possibly be had for "a good, young defensive prospect."

Kreider is a quality talent, but the Blues shouldn't bet the house on him-especially with a lingering head injury.

The Blues, whether Tarasenko is semi-ready or not, will need some kind of boost, but they don't need to force it.

That's my take. What's yours?