'I got filthy mits and it's not looking good for you...' - Justin Bieber to Jordan Binnington 👀 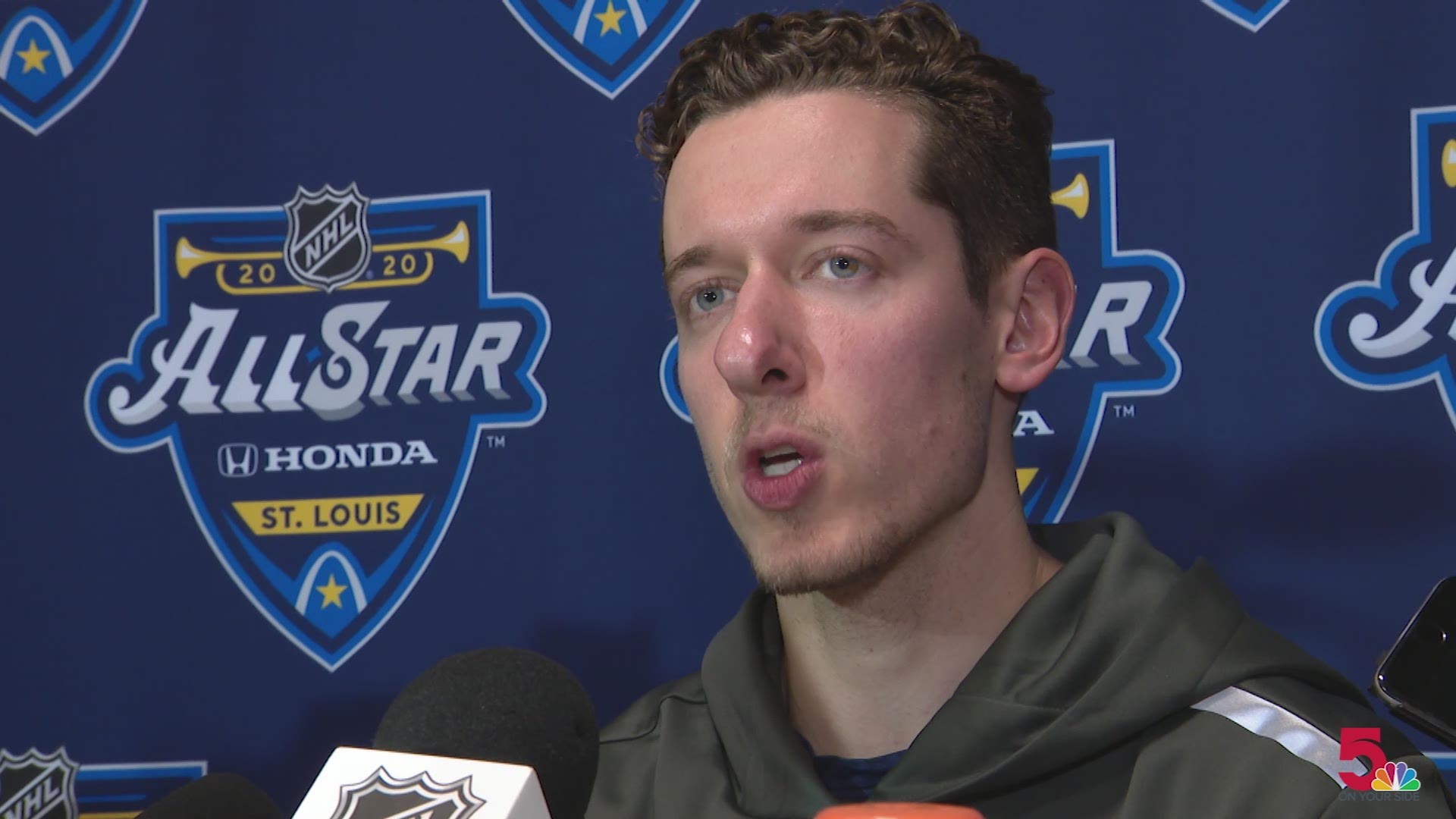 ST. LOUIS — Now that the Bieber/Binnington showdown has been confirmed, it appears we've entered the 'training' phase.

Justin Bieber posted some stick handling drills on Instagram on Thursday and did some trash talking with Jordan Binnington in the process.

"WE ALL HAVE OUR OWN UNIQUE RELATIONSHIP WITH GOD! EVERYONE HAS ACCESS TO HIM! Oh and btw @binniner stay woke. 👀," Bieber posted on Thursday.

And you know Binnington wasn't going to stay silent.

"Nice words 🙏🏼 Hands are looking smooth. Keep your head up, I’m poke checking you on shots 2,5 and 7," Binnington responded on Twitter.

But Bieber wasn't done. He posted another stick handling video on Instagram with the caption, "@binniner i got filthy mits it's not lookin good for you"

The Blues and Binnington have confirmed the showdown is eventually going to happen, but we're still waiting on some details. Bieber is scheduled to be in St. Louis in July for a concert, so maybe that's when we can expect the match up.

Bieber's original proposal was that Binnington would have to donate $10,000 to a charity of Bieber's choice if the pop star was able to score on the Stanley Cup champ when given 10 breakaway attempts.

The whole challenge started when Binnington commented on a post from Bieber saying that he would dye his hair platinum blonde if Bieber was able to score on him.

Watch: Jordan Binnington talks about winning the Save Streak and stopping "Justin Bieber"