5 On Your Side Countdown | The most underrated athletes from St. Louis and to play in St. Louis

Sports director Frank Cusumano has been churning out his all-time lists for a few months now. His latest? Some of the unsung greats of our town 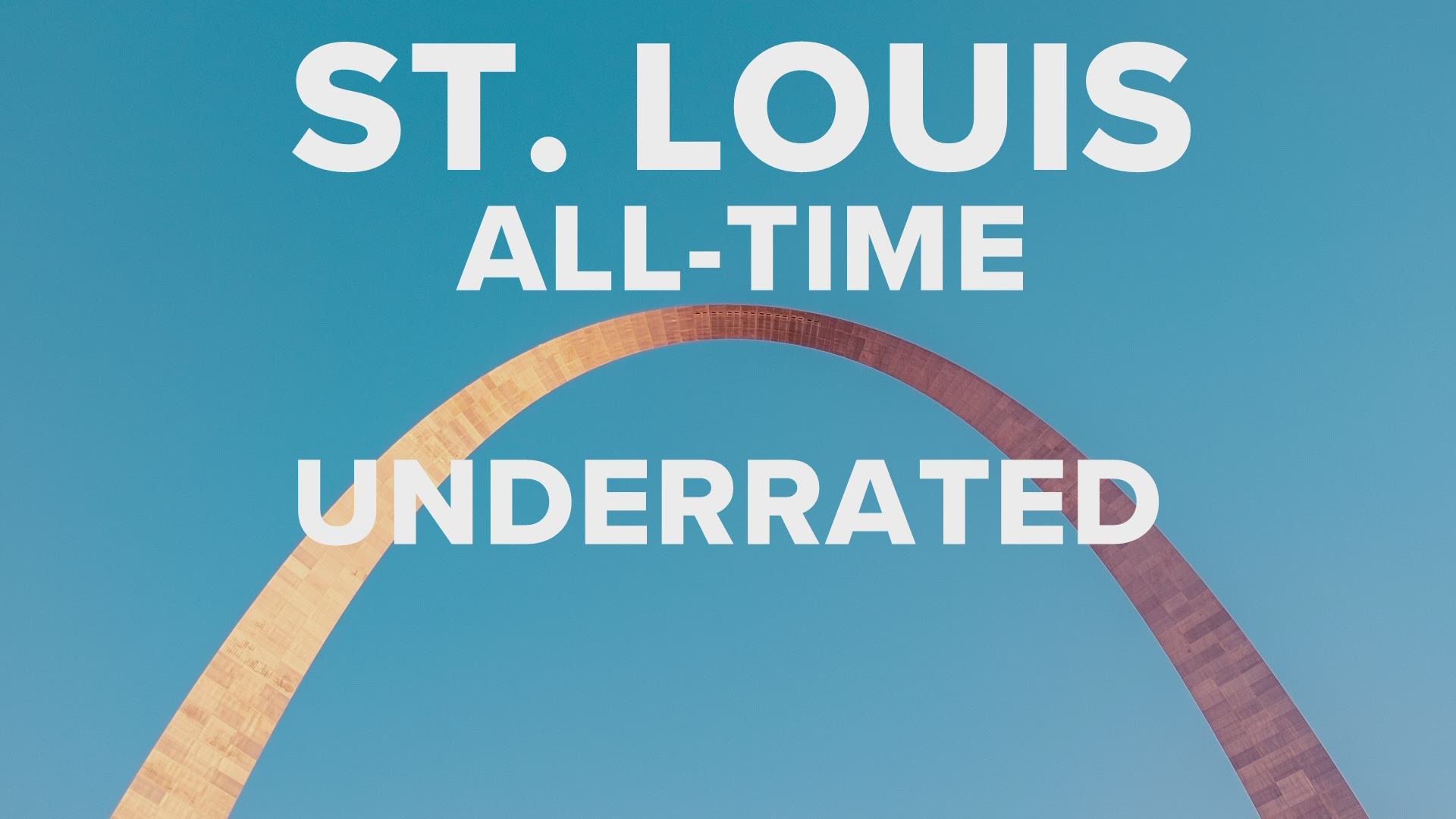 This week, sports director Frank Cusumano rolls out his list of the most underrated players both from St. Louis and the unsung heroes who played for St. Louis teams.

Hometown stars on the diamond

After Max Scherzer, Buehrle is the second best pitcher to come from the area.
You know the name, but do you know that this Francis Howell North product is one of four pitchers in history to have 14 straight seasons of at least 200 innings? He had at least 10 wins in 15 straight years. Throw in a no-hitter, a perfect game, five all-star games and four gold gloves and you have a star who was underappreciated.

Four-hundred-and-thirteen players were selected ahead of Mueller in the 1983 draft. At 5 feet 10 inches and 175 pounds without speed, he wasn't a great prospect, but the De Smet grad did amazing things. How about being the only player in history to hit grand slams from both sides of the plate in the same game? Throw in a batting title and a world championship and you have an unsung and outstanding 11-year big league career.

He won his two Stanley Cups outside of St. Louis, but he did lead the Blues to the Western Conference Final in 2001. That's also the season he exploded for 40 goals, an accomplishment the Blues wouldn't see for another six years. In his five seasons with the Note, he never scored fewer than 18 goals. Throw in three Olympics, and you have quite a distinguished career.

He played nine seasons and 603 games with the Blues and almost everybody who has watched the organization closely over the decades will say this man was the best penalty killer the team ever had. He scored 153 goals and one season, eight of them were short-handed. He personifies what many hockey players are all about; selfless and team oriented.

Only two Cardinal pitchers have ever won more games than Forsch's 163. What didn't he do? Win 20 games? Yes. Win a World Series? Yes. Hit homers? Yes, 12 of them. Throw no-hitters? Yes, two of them, the only Cardinals pitcher to ever do that.

Credit: AP
St. Louis Cardinals catcher Ted Simmons hugs pitcher Bob Forsch following the last out in the ninth inning against the Philadelphia Phillies on April 16, 1978 at St. Louis. Forsch pitched a 5-0 no hitter. It is the first no hitter at home for a Cardinal since 1924. Other no-hitters have been pitched by Cardinals on the road. (AP Photo)

A Lisfranc injury basically ended Allen Craig's career, but what a hitter when healthy. In his all-star 2013 season, Craig hit .452 with runners in scoring position. Only George Brett and Tony Gwynn have done better. He played hurt and he always hit well as a Cardinal.

Underrated hoops stars from St. Louis and for Missouri teams

Because he wasn't an NBA star, it shouldn't take away for what he did at Mizzou. His 2,580 points were 700 more than Steve Stipanovich, who when he left was the university's all-time leading scorer. Chievous was an unstoppable force who shouldn't be forgotten.

With all due respect to every female basketball player in our town's history, this woman was arguably the most talented. After a decorated career at Lincoln High School in East St. Louis, Hutchinson averaged 29 points per game as a freshman for San Diego State, including 41 against the player of the year Cheryl Miller. Injuries prevented her from superstardom.

Hometown legends that get overlooked

He died three years ago at age 90, but the St. Louis native is one of the best players to come out of our town. Ted Williams once said Sievers had the sweetest swing of any right-handed hitter. He was a rookie of the year, had a home run title and was a five time all-star. The man had .900 OPS or higher in four different seasons. Roy Sievers could hit.

Perhaps the most underrated St. Louis athlete of all time.

Credit: AP
Michael Spinks holds the championship belts for the WBA and WBC after he was declared the winner in his bout to unify the light-heavyweight title against Dwight Braxton in Atlantic City, March 19, 1983. (AP Photo)