Perron closed out the game with his third goal of the game, an empty-net goal with 3:55 left in the game 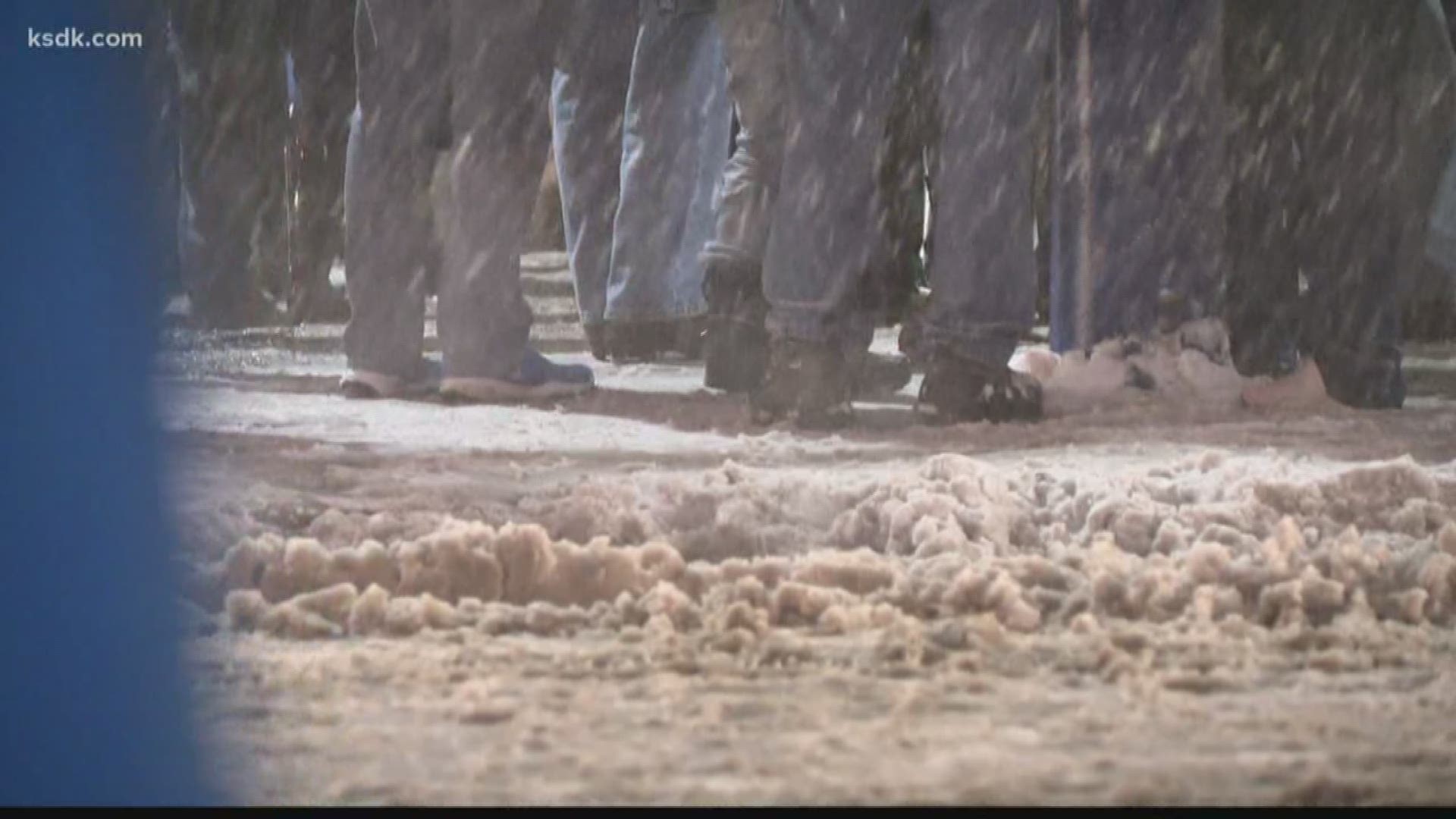 ST. LOUIS — It was dubbed as a statement game, one in which the Colorado Avalanche said all the right things and were looking forward to the challenge of going toe-to-toe with the Blues knowing they're the defending Stanley Cup champs.

A Western Conference showdown, if you will.

Avalanche goalie Philipp Grubauer said at the morning skate that it's no measuring stick for them, that it's more all about the Avalanche and their game.

Well, the Avs goalie is right, but in a different sense. It is about them, but he should have been referring to the Blues, who continued their recent dominance of their biggest threat in the Central Division and Western Conference following a thorough 5-2 win on a snowy Monday night at Enterprise Center that saw 15,263 brave the elements.

For the Blues (21-8-6), who have won three in a row and seven of 10, they increased their lead to three points over the Avalanche (21-9-3) and have defeated them six straight times and amazingly, 17 of the past 20 matchups.

If this were a boxing match, the white towel would have been thrown in many rounds ago, because this has been a one-sided fight. Even though there have been a number of close, tightly-contested games, the Blues seem to find a way to neutralize Colorado's high-octane offense with a smothering, suffocating, hard-hitting, tight-checking, puck cycling style that the Avalanche just can't seem to handle.

The Avalanche have come to town twice this season riding high. The first time on Oct. 21, it was a season-opening eight-game point streak (7-0-1), only to see the Blues douse the flames with a 3-1 win. And on Monday, Colorado came in riding a nine-game point streak (8-0-1) and the Blues again showed who rules the roost.

"We play them really tight," said Blues captain Alex Pietrangelo, who exchanged unpleasantries with Nathan MacKinnon in the second period. "I think when you have a pretty high offensive team, especially a guy like MacKinnon over there, we know what he's capable of, we seem to tighten up pretty good. Those guys over there, it takes five guys to defend and we defended with five guys tonight, so we had success.

Defenseman Robert Bortuzzo set the tone early with a heavy hit on Avalanche forward Tyson Jost, a big, clean hit behind the Blues net. It's the way you have to play skill forwards by limiting their time and space, not allow them to get those skates revved up and puck dangle in your zone.

The Avalanche had a big push when they took a 2-1 lead in the second after David Perron, who scored his fifth NHL hat trick, and the Blues thoroughly dominated the first period and grabbed a 1-0 lead. But the Blues pushed back, scored two power-play goals by Perron and Vince Dunn in a 36-second span late in the second, retook the momentum and carried it into the third period with a clinical 20 minutes of hockey.

"I thought we played a pretty solid game. That's a tough team. They're fast, man. They've got a lot of speed and I thought our guys did a real good job. Binner, he had to make saves and he made saves."

The Blues, who outshot the Avalanche 15-6 in the first, were getting outshot at one point 13-2 in the second, and the Avalanche had tilted the ice to one end, but the Blues got the final seven shots of the period, as Berube said, grabbed the momentum before the power-play goals, and took control in the third.

Jordan Kyrou scored a highlight-reel goal to make it 4-2 at 11:24, and Perron completed his hat trick with an empty-netter at 16:05.

But it was the way the Blues won the third. They kept pushing, they kept taking it to the Avalanche and kept the puck away from them. They didn't allow them to generate speed through the neutral zone, didn't turn pucks over that feeds Colorado's engine.

The result speaks for itself.

"There's never a point to panic regardless of the situation," Perron said. "It was nice. We hadn't scored (a power-play goal) in a couple few games now. ... It was nice to get one and then to follow it up with another one by Dunner, nice play by Bozie [Tyler Bozak]. Obviously, you're down 2-1 with a few minutes left in the second and all of the sudden, it's 3-2 for us going in here. It was certainly nice."

Dunn said, "I think they're a very good team with four lines. We're the same way. Today, we didn't let them take over transitionally. We played well in all three zones and limited Grade-A chances. I just think rolling over all four lines and not letting the foot off the gas. It was big for our power play to score those goals, but I think overall, we were playing pretty good hockey."

There will be three more matchups against the Avalanche this season. All three come in Colorado, and the Avalanche will be licking their chops to finally put a stake in the Blues because as well as they've started, as many skill players as they have, until they can crack the Blues' system, this will stay a one-sided fight.

"It can be at times (the matchup)," Berube said. "I think our guys really get keyed up to play against MacKinnon and them guys. It seems like we really kind of thrive on that stuff, especially our 'D.' They get pumped up to play against good players like that. They do a good job of making sure they're not going to score."

And in doing so, the Blues have implemented the perfect blueprint how to contain the Avalanche, and as long as they execute it, those "Kroenke sucks!" chants will remain alive and well.

RELATED: What's a little snow when your team takes on the (Colorado) Avalanche? 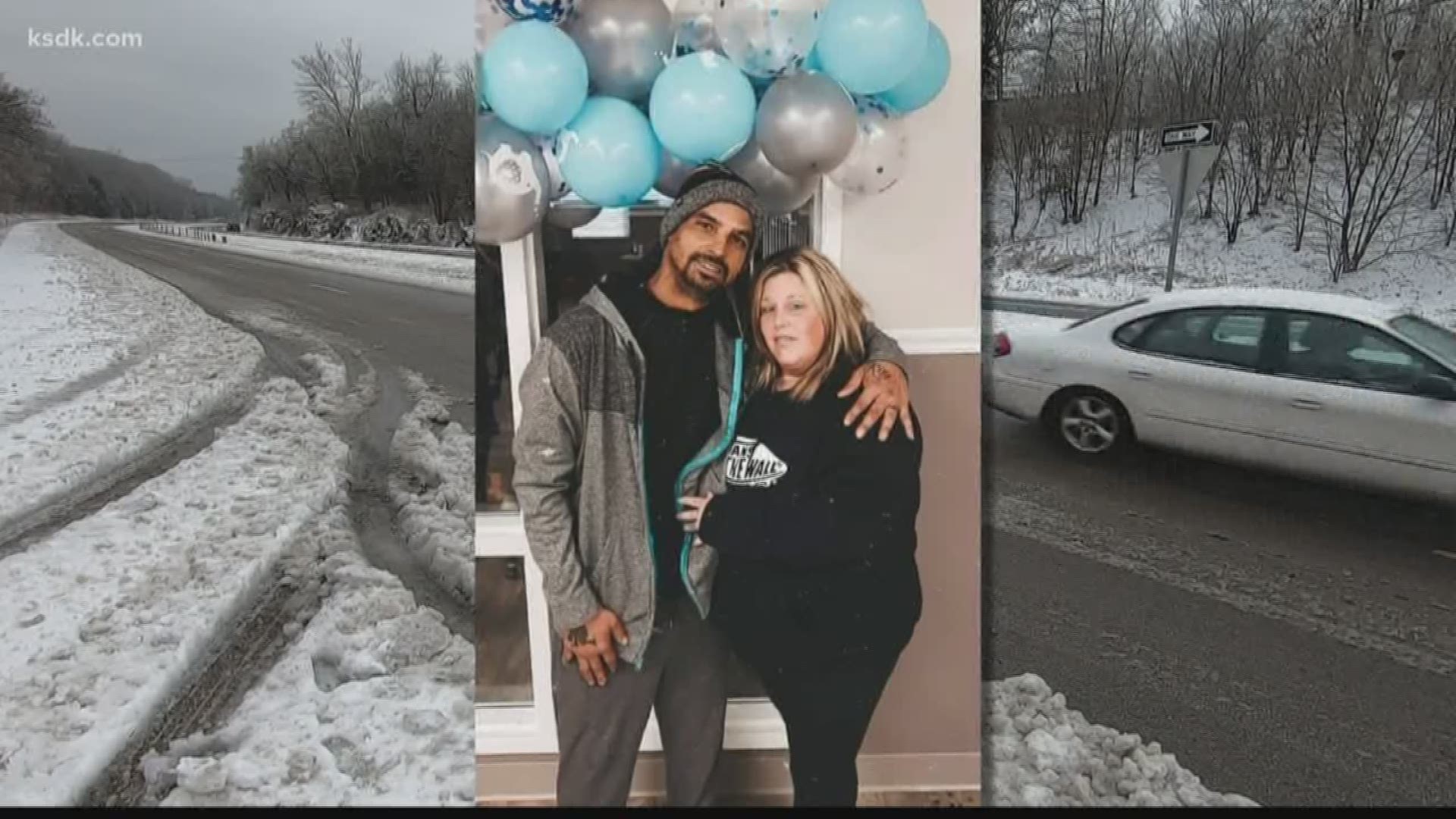