The Blues have won six games in a row and sit at the top of the Western Conference. You can think their defense for helping them get there. 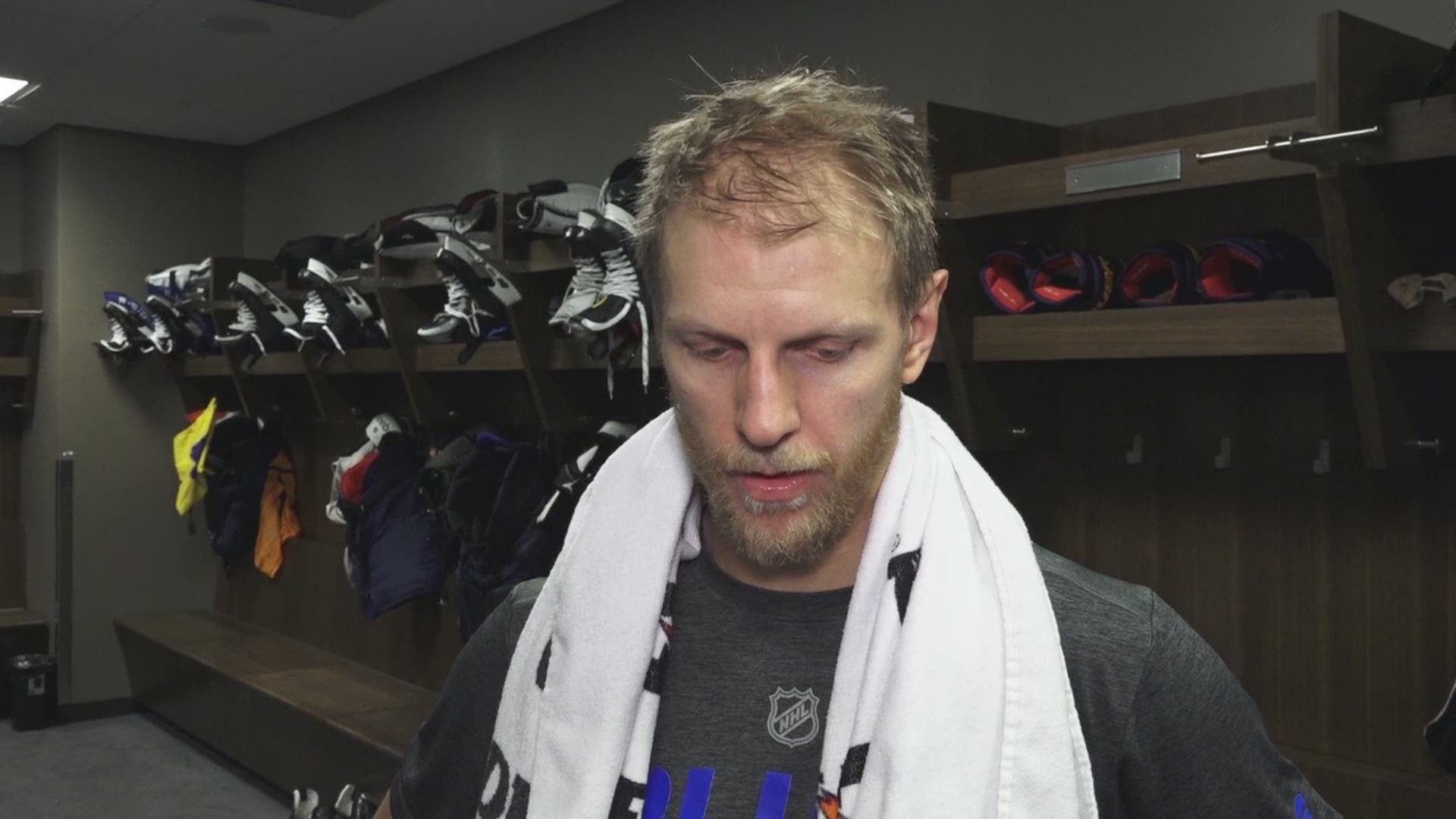 ST. LOUIS — Edmonton out-shot St. Louis 34 to 25 on Wednesday, but the Blues still managed to come away with the win. Shots on goal have been an area that has haunted the team through the first month of the regular season.

In fact, they've been sitting near the bottom of the league in shot attempts per game this year.

It's been rather baffling to see the Blues struggle in this area, and still win games consistently. But, it could have played a part into why some games went into overtime.

Jake Allen was solid in net on Wednesday. A different performance from what we've seen of him in recent games. He was "great" in that game. He stopped 32 of 34 shots and had a .941 save percentage. This may be an outlier performance.

But the defensive numbers from Wednesday are not outliers. One of the biggest statistics that stood out in the game was Edmonton's 11 defensive zone turnovers, versus the Blues two turnovers in the d-zone.

And while the Oilers were able to capitalize on one power play opportunity early on, this hasn't been the normal. The Blues' penalty kill has been strong and consistent.

It's debatable that the Blues defense is the best in the NHL right now. They're big, they're physical, they're fast and they can control the play.

They're hard on the boards and they play a stronger game under head coach Craig Berube. The Blues have had a strong defensively identified team for decades, and it has not changed.

Another improvement? The Blues' power play. The team was 2 for 3 on the power play against the Oilers, and the puck possession started increasing throughout the game after these boosts in momentum.

Not to mention, they're contributing offensively in every aspect. When Alex Pietrangelo's first goal credibility was questioned, he fired back and scored in the second period.

Colton Parayko looked like he hadn't skated in four days. Despite playing back-to-back games, the 6'6" giant came out and skated circles around the Oilers.

The Blues were out-shot, but the scoring chances were equal across the board. The quality of shots were there, and the accuracy was pin-pointed.

This still wasn't the prettiest of wins, but it was an improvement, and a win is a win.